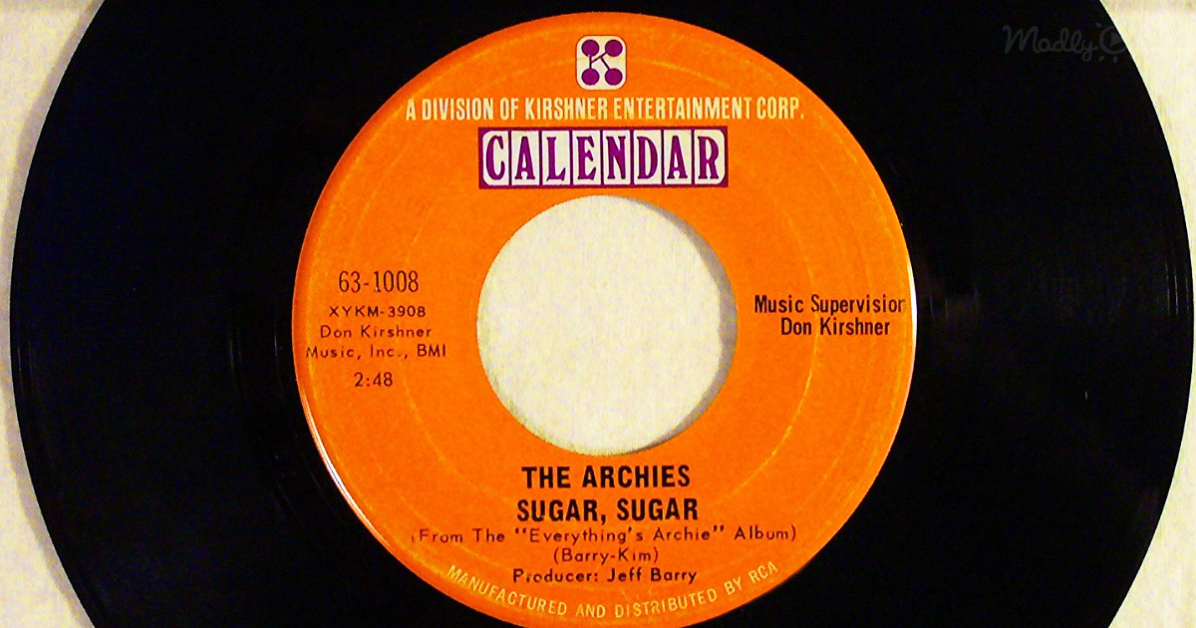 The Beatles’ gave their last public performance, the Pontiac Firebird Trans Am became the epitome of the American muscle car, Woodstock attracts more than 350,000 rock-n-roll fans, and the Apollo 11 mission put Neil Armstrong and Edwin ‘Buzz’ on the moon. A few months later, the crew of the Apollo 12 would play ‘Sugar, Sugar’ all the way to the moon.

Indeed, a lot of great things happened in 1969, so it shouldn’t come as a surprise that an animated cartoon band leaps from a comic book to America’s television sets to hit the airwaves — and the band even made an “appearance” on the Ed Sullivan Show. Everybody knows the sixties were trippy, but who would have thought!

“Sugar Sugar” was an irresistible song built on rich boy-girl harmonies and a catchy instrumental hook played on the xylophone. The single was backed with “Melody Hill,” and quickly rose to #1 in the Summer of 1969, selling six million copies where it remained for four weeks, knocking The Rolling Stones off the top of the charts in the process, and giving The Archies their first gold record. 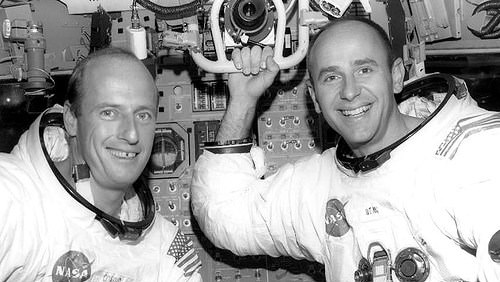 Alan Bean and Pete Conrad, the two Apollo 12 astronauts who followed the Apollo 11 astronauts Armstrong and Aldrin to the moon, brought along Archies’ “Sugar, Sugar” and Dusty Springfield’s “Son of a Preacher Man.”

While this music segment was created for broadcast on “The Archie Comedy Hour” in 1969, it also made it’s way to the CBS-TV prime-time special “Archie’s Sugar, Sugar – Jingle Jangle Show” in 1970, which was mostly a repeat of the earlier CBS-TV prime-time special “Archie And His New Pals” from 1969 with both music clips thrown in at the end. This clip was also broadcast on the Ed Sullivan Show in 1969.

At this time, this music segment is only one of four productions that have been recovered from  “The Archie Comedy Hour.” The other found music segments are “Jingle Jangle,” “You Know I Love You,” and “Get On The Line.” The other 12 music segments from this show are still missing and feared forever lost. That makes ‘Sugar, Sugar’ all the sweeter still.

Share this blast from the past with a good friend who is old enough to remember it or a grandkid because everybody loves this one.