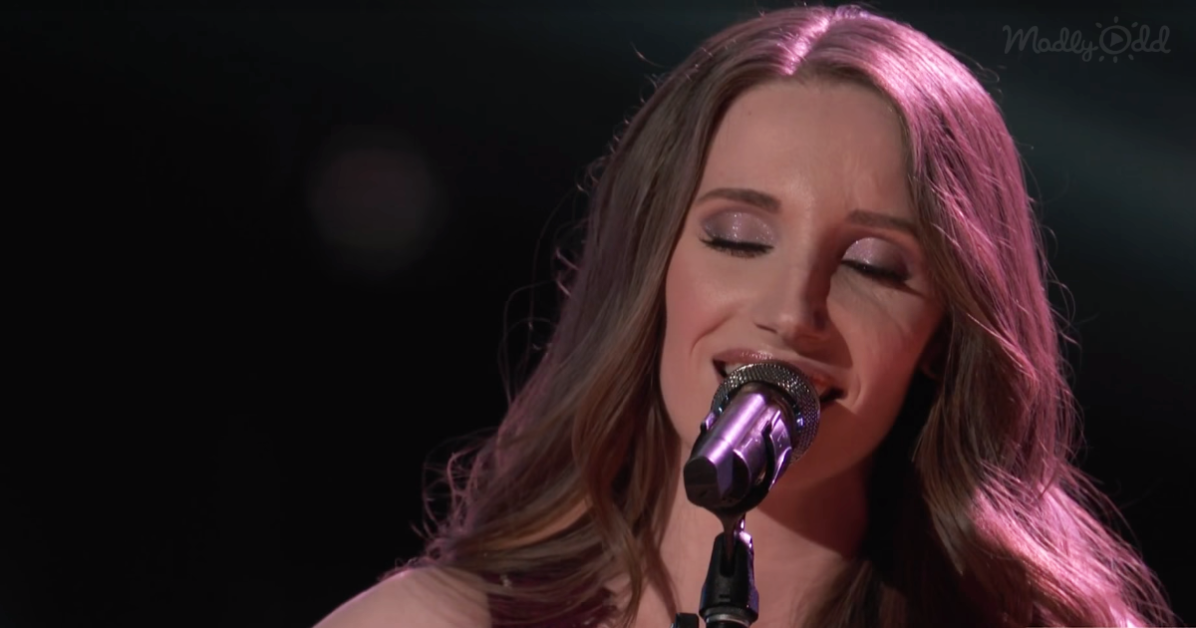 The heartbreak of loss made its way through Jackie Verna’s strong, clear voice and the sentimental song brought tears to many eyes.

The Voice was down to the Top 11 on Season 14.  For weeks, country singer Jackie Verna was the one to watch.  Now it was time for the viewers to pick the song for the West Chester, PA native.

After this long, the viewers knew exactly what type of song was in Jackie’s wheelhouse.  They picked “Strawberry Wine,” a beloved country song that was released in August 1996 by Deana Carter.   The single hit #1 on the Hot Country Songs chart and even cross over to pop, where it reached #65 on the Billboard Hot 100 chart. 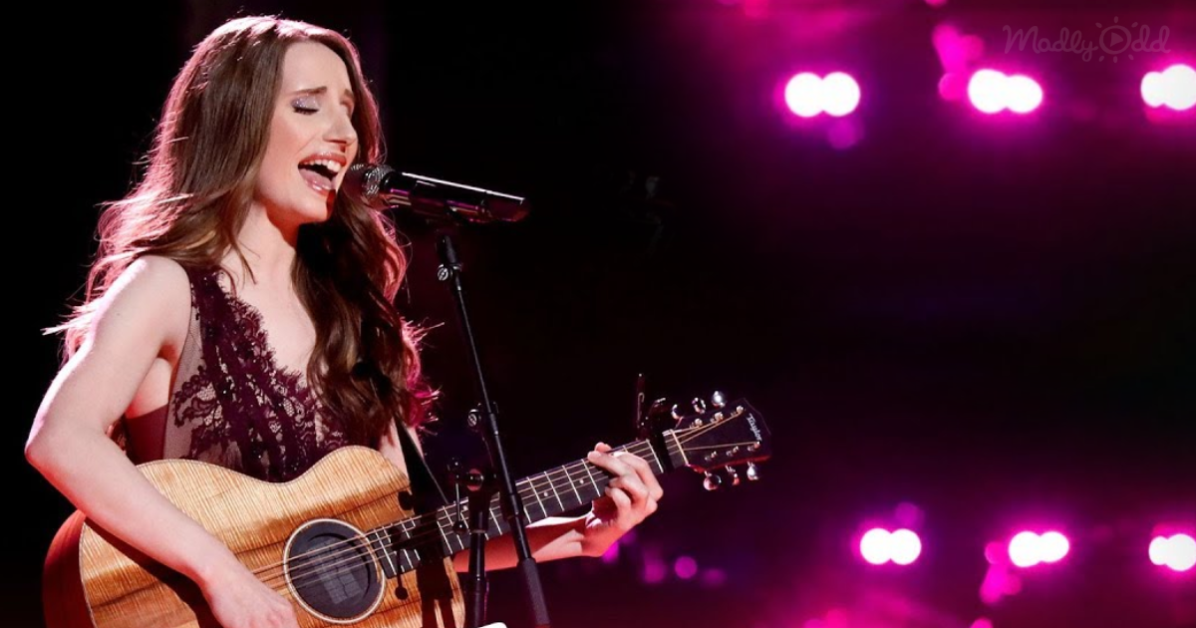 Jackie stood centerstage holding her guitar, as a fiddle started the introduction to the well-known song.  The stage behind her was dim with burgundy accent lighting, creating a romantic glow. Three instrumentalists were elevated behind her on stage, enclosed in giant rustic wooden frames.  It looked as if they were in barnwood picture frames on a wall.  The effect seemed like it was bringing pictures or memories back to life.

The country singer decided to stick closely to the original version of the vocals, and it proved to be a very smart choice.  Jackie’s voice was pure perfection as she sang this emotional, nostalgic song about a young girl’s summer crush.  She nailed every single note, and her lower register had such a rich quality to it. The heartbreak of loss made its way through Jackie’s strong, clear voice and the sentimental song brought tears to many eyes.

The coaches were all extremely impressed with Jackie’s performance.  Blake Shelton had been a bit skeptical about the audience’s song choice for her, but he admitted, “That song is so perfect for your voice.  It’s cool to see how intuitive the fans are…I never would have picked that song for you.”

Jackie’s coach Adam Levine obviously gushed with compliments.  He exclaimed, “This girl is more dynamic and better and richer every show…Today was honest-to-God flawless.”

The audience’s pick for Jackie was spot on – it was the perfect song to showcase her voice.  She showed America the full-range of her voice and touched everyone watching.