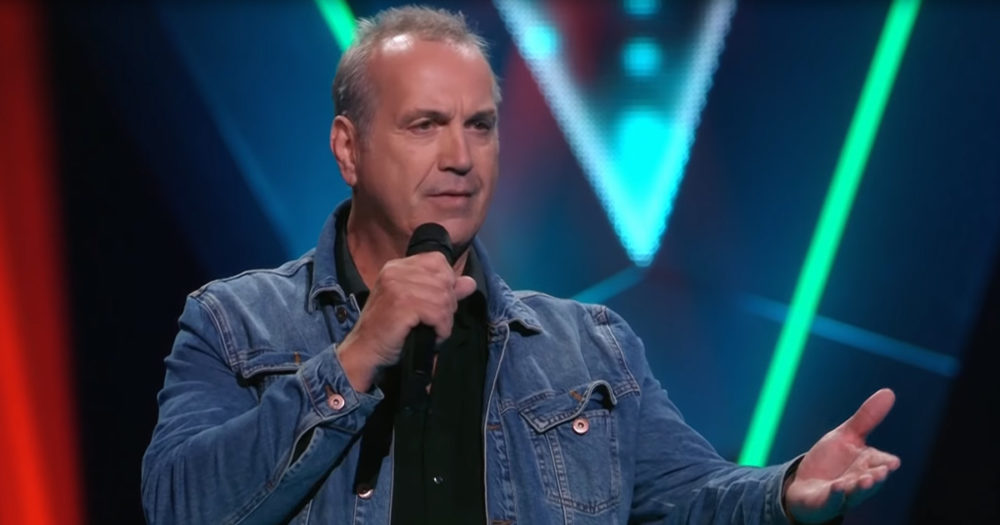 The 61-year-old Georges Lotze is a real bon vivant. Georges is of Yugoslav origin and grew up with surrounded by music. “I come from a real musical family, where there was a party every other week. Accordion, violin, guitar, everything was taken out of the closet.”

It is therefore not surprising that Georges has been playing the guitar since he was twelve. He never made a living from his music. Instead, George has been a taxi driver for years. In addition to his musical passions, Georges has another very big hobby, namely: food, always and everywhere.

This song is about a couple who have come back together after a rift in their relationship. It’s a touching moment, as Diamond sings about remembering the feeling when they danced until morning, a feeling he still gets on certain September mornings. The two have grown apart, but not so far that they can’t recapture the good times – or so he hopes, as Neils song goes.

The only coach not convinced by Georges’ performance was Ilse de Lange, but the chairs of Geer and Goor, Angela Groothuizen and Marco Borsato turned around almost instantly, and he ended up choosing Marco Borsato. Lotze was happy with his choice for the latter. “Marco is really a cool guy. He really has his feet firmly on the ground, no stress and he treats me as his equal.”

“This whole voice audition is because of my wife,” says Georges in an interview. “She watches television all the time and saw that older singers were being sought for this talent show. At first, I did not like it, but in the end, I did fill in such the form.”

However, his wife did not believe that Georges would go through with sending in the application form. “You are not going to do it anyway,” she said, “It’s a bluff.” Georges then pressed on and he hasn’t regretted it for a second: “My participation in The Voice of Senior feels a bit like a school trip!”

Despite his successful audition, the reluctant singer does not have much stage experience. “In 2003 I participated in the preliminary rounds of the Eurovision Song Contest. I do not have much experience, but the advantage is that I’m not affected by any nerves because its not a familiar feeling for me. When I get on the stage, it feels like I’m coming home.”