Established in 1925, the United States Navy Band is an American institution with over 6,000 performances from some of the country’s finest musicians in uniform. From their much-anticipated annual Classic Christmas Concerts to their nostalgic Jersey Boys performances, the US Navy band and its official chorus group, Sea Chanters, are in a class of their own, appreciated by millions around the world.

The ensemble performs a variety of music ranging from traditional choral music, including sea chanteys and patriotic fare, to opera, Broadway, and contemporary music. Throughout their history, the Sea Chanters have remained true to the Navy’s watchwords of pride and professionalism, and they continue to flourish as a vibrant ensemble.

And this particular video is a treat. Below Sea Chanters’ lead vocalist Chief Musician William F. Edwards, III performed a heartwarming medley of “Somewhere Over the Rainbow / What a Wonderful World,” an emotionally-evocative mash-up made famous by the Hawaiin singer/songwriter Israel Kamakawiwo’ole in 1988 (treat yourself to the big guy’s voice before you go.) 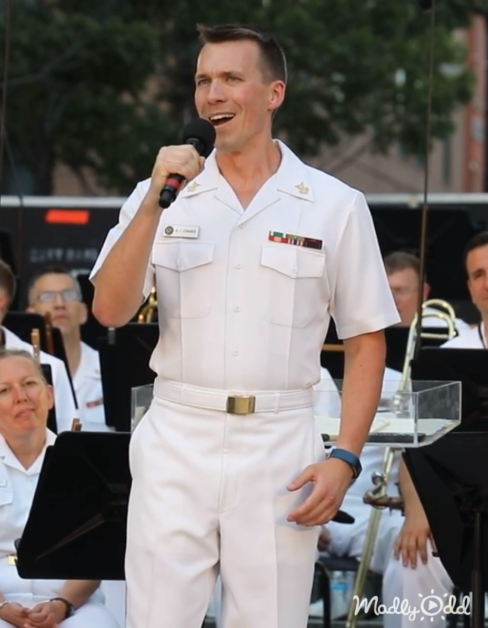