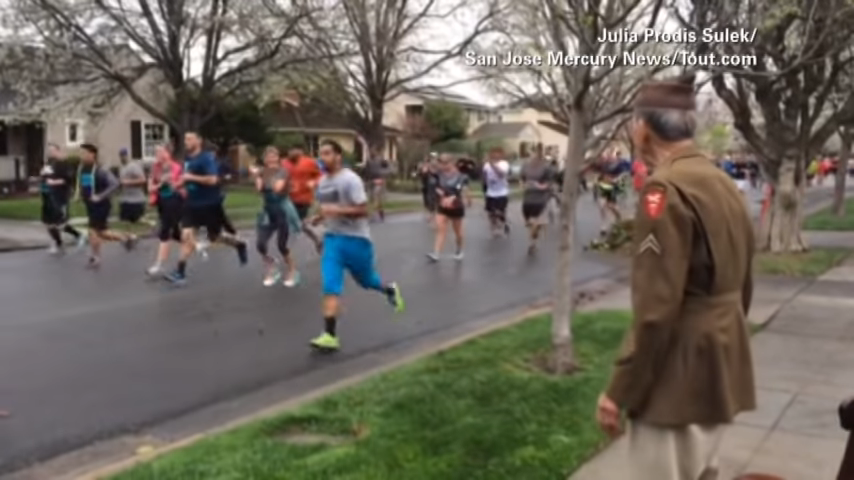 Far too often, we take for granted that we have been and continue to be protected by our military men and women.  For years, and sometimes for their entire career, these servicemen and their families have made daily sacrifices to serve and protect us.  Countless soldiers have even paid the ultimate sacrifice throughout past wars and conflicts.

Because of their service, we at least owe them our respect and gratitude.  Many people choose to go out of their way when they see a military service member.  They pause to shake their hand and thank them for their service. 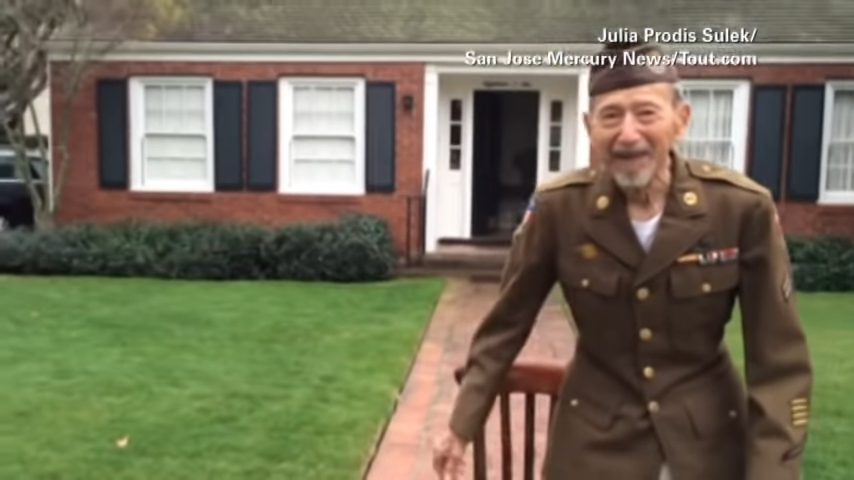 This short clip shows an exchange between some runners and a veteran.  A group of runners were taking part in the Pat Tillman Foundation Benefit Run.  The course is called an Honor Run in memory of the well-known football player, Pat Tillman, who left his career in 2002 to become an Army Ranger.  The foundation was set up to provide resources and scholarship support to active service members, veterans, and their spouses.

Ninety-five-year old World War II veteran, Joe Bell, is still feisty and active.  After he found out about the benefit run passing near his house, he put on his old Army uniform and stood out in his front yard.  He wanted to cheer them on and let them know he appreciated their contribution to the foundation.

Joe watched the runners pass by his house and cheered them on as they did, but before he knew it, the runners began clapping for him as they jogged past.  They were showing their appreciation for this soldier, because they were running to benefit soldiers everywhere, and there was one right in front of them.

Many of the runners even took the time to take a short detour to jog by and shake his hand as they passed.  So many of them expressed gratitude and thanks for his service as they shook his hand.  At one point, there was even a bit of a “traffic jam” when runners started piling up in the line to shake the World War II veteran’s hand.

The huge smile on Joe’s face was absolutely priceless.  He was out there to show his support for them.  He had no idea it would end up with them thanking him.  This heartwarming display of gratitude and appreciation will stay with Joe for the rest of his life.