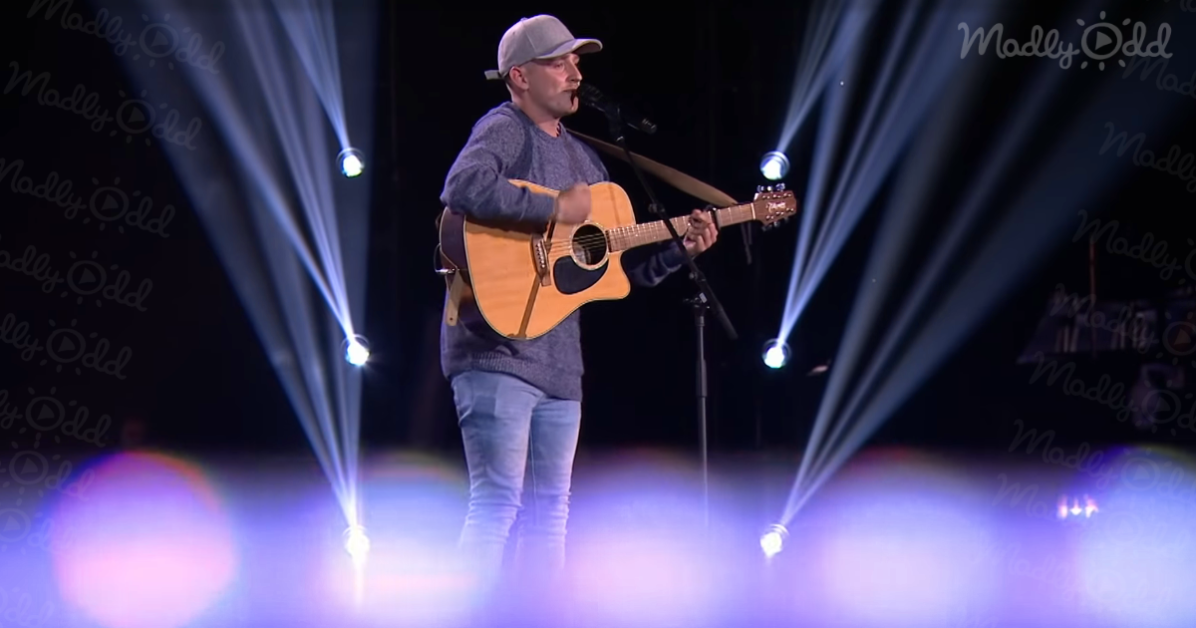 Most good performers and singers get into a sort of “zone” once they start performing.  They are so immersed in their music and the emotions of the moment that most other things get tuned out.  At times, though, that’s not a good thing.  You never know what’s going to happen in a live show.

On an episode of the X Factor UK, a group of contestants were taking part in the Six Chair Challenge. This show is often full of surprises, but no one was expecting this one.  Everyone was genuinely shocked, especially this contestant. 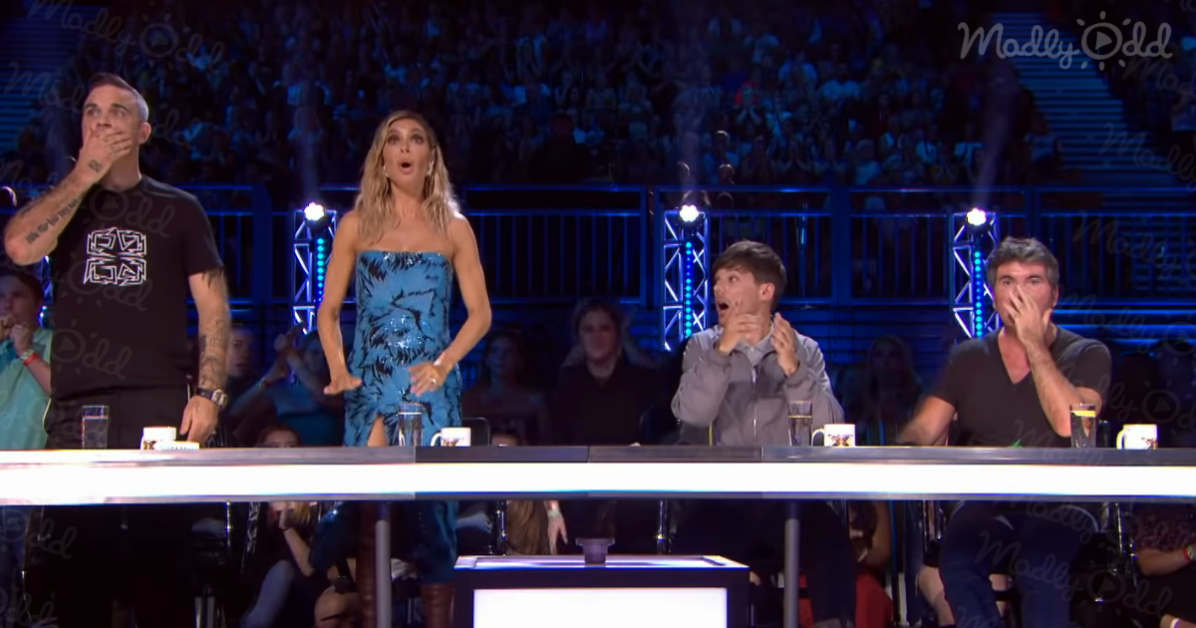 It was twenty-year-old Tommy Ludford’s turn to take the stage and perform.  The kitchen porter from Sussex is known for his original material.  With his acoustic guitar in hand, he stood on stage and began singing a song that he wrote himself titled “Dipping Biscuits.”

Tommy pours his heart into his emotional song and is about halfway done.  Completely engrossed in his performance, the singer starts moving around the stage a bit.  Little does he know that he is inching dangerously close to the edge of the stage behind him.

With one tiny step, Tommy plunges backward off the edge of the stage and disappears from sight.  The stage is at least three feet high, and no one can see the singer at all.  The judges and audience members gasp and stand to their feet is shock and horror.

The host Dermot O’Leary and other stagehands immediately rush over to Tommy to check on him.  After a few very tense moments, you see Tommy’s shoulders and head appear above the stage floor.  He raises his hands to assure the crowd he’s ok, and everyone is able to breathe a sigh of relief.

Thankfully, Tommy hasn’t hurt anything but his pride.  A fall like that could have really done some damage.  Many other performers have been seriously hurt from shorter falls.

After the show, Tommy spoke about the embarrassing incident: “It was amazing and definitely the most surreal experience in the world. I was really nervous beforehand, but once I got on the stage I just got into the zone.”

What a shocking, unexpected experience for Tommy.  This will definitely be an audition that he’ll never forget – because it’s documented on YouTube.