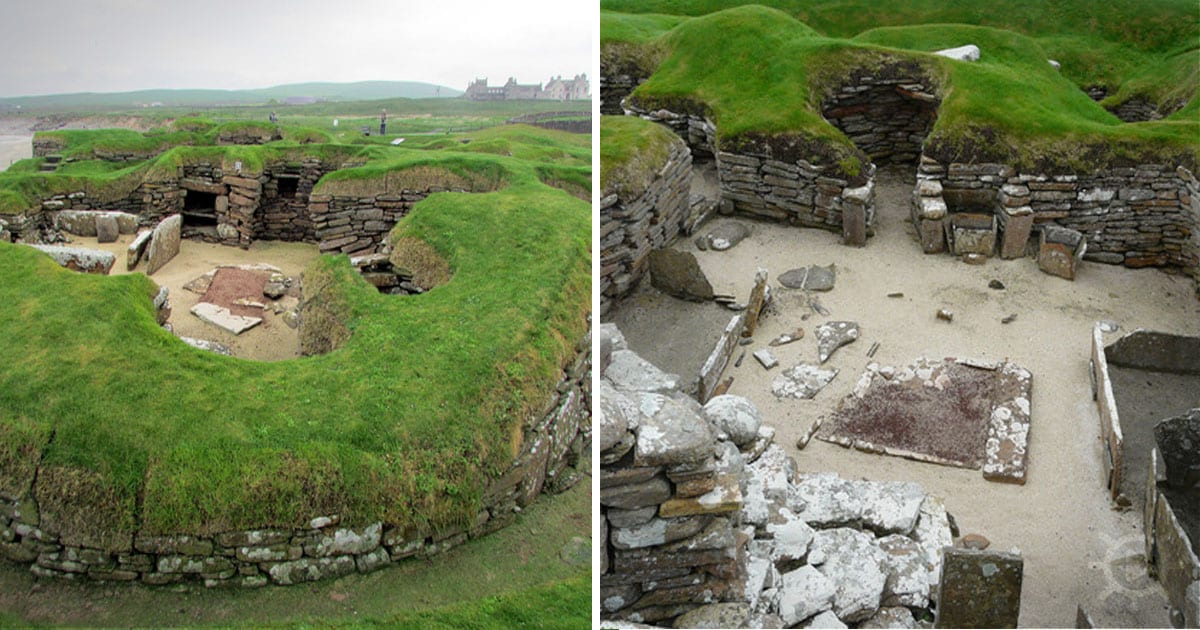 There was a large knoll near the bay of Skaill in the Orkney Islands, north of Scotland — a knoll was nothing unusual in that land of rolling hills, although this particular knoll was oddly shaped. Back in 1850, residents of the area got a big surprise after a storm blew through. The storm was exceptionally violent and had done enough damage to the knoll to reveal its secret: some kind of village had been hidden underneath it!

A gentleman amateur attempted an excavation in the 1860s, but soon gave up. Except for a theft of artifacts in 1913, the site was undisturbed until the 1920s, when it was put under the care of the University of Edinburgh. Proper archaeological investigation finally got some real answers. The eight stone houses constituted a village where 50 to 100 people had usually lived. It came to be known as “Scotland’s Pompeii,” because the site was so well preserved. Beyond that, what was really remarkable was how old it was. This was a neolithic (late stone age) village that had been inhabited from about 3180 BC until 2500 BC. It was older than the Egyptian pyramids!

There had once been more pasture around the stone-age village, but the ocean had since nibbled away at it. The eight houses were connected by tunnels and had stone doors, seating, sewerage, and storage boxes (these may have been used to store live seafood). One of the houses lacks stone furniture and may have been a workshop. The available evidence suggests the tiny society most likely had an egalitarian ethos. 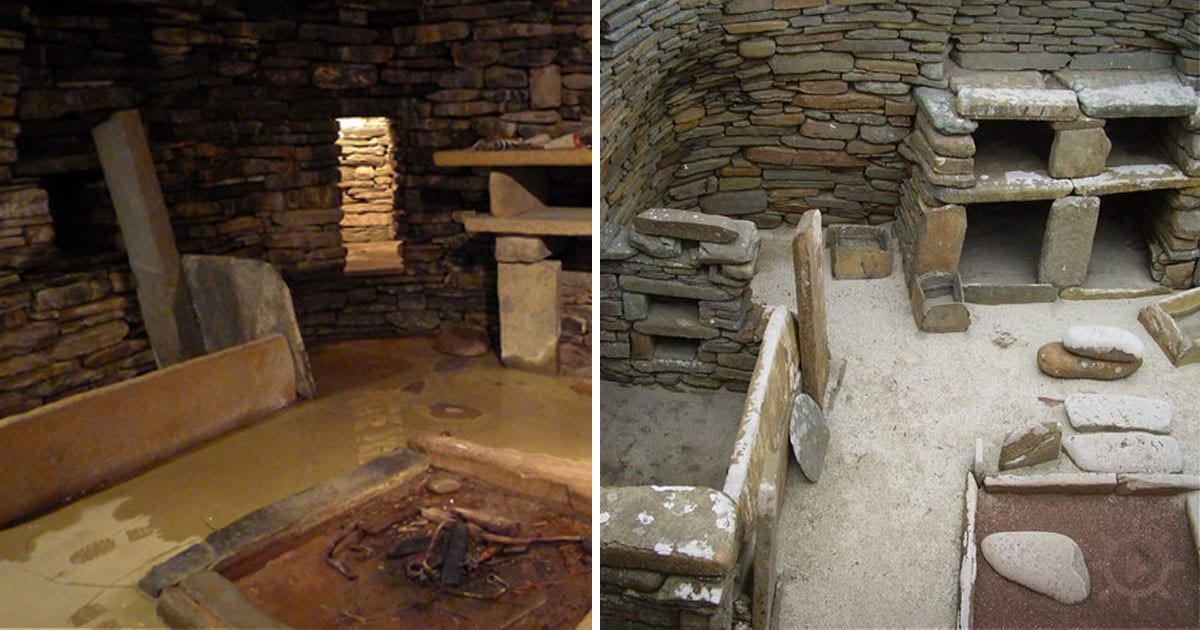 It may never be known why the village was abandoned. It’s possible that changes in the climate made life there unsustainable. Another possibility is that a violent storm, like the one in 1850, was the culprit. The ocean is now perilously close to the site and it’s possible an artificial beach and breakwater will be built so the site can be preserved for future scholars and tourists.