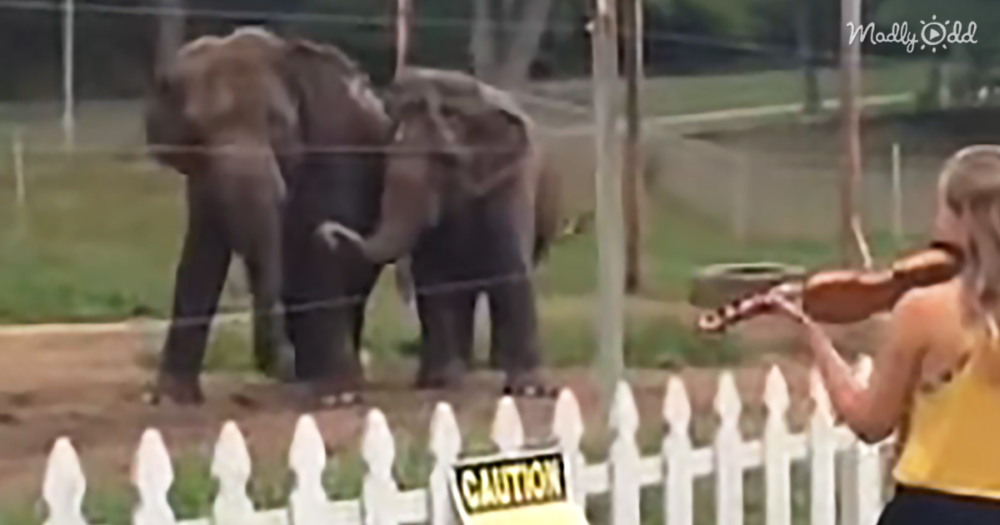 Music. There are so many varieties of music, and everyone has a favorite. I can’t say that I ever stopped to consider how much animals may like music too. Though we have indeed seen plenty of videos online portraying a dog and their dad dancing, or a baby and a bird bobbing their heads to a beat, do we ever consider other intelligent animals? Take the two beautiful elephants in our video below.

It so happened that Eleanor Bartsch was practicing her violin prior to a large performance of the Wisconsin Chamber Orchestra at the Circus World Museum in Baraboo, WI. She is a talented violinist who was preparing for her big performance and had earlier met Kelly and Viola, two beautiful elephants that resided at the museum. 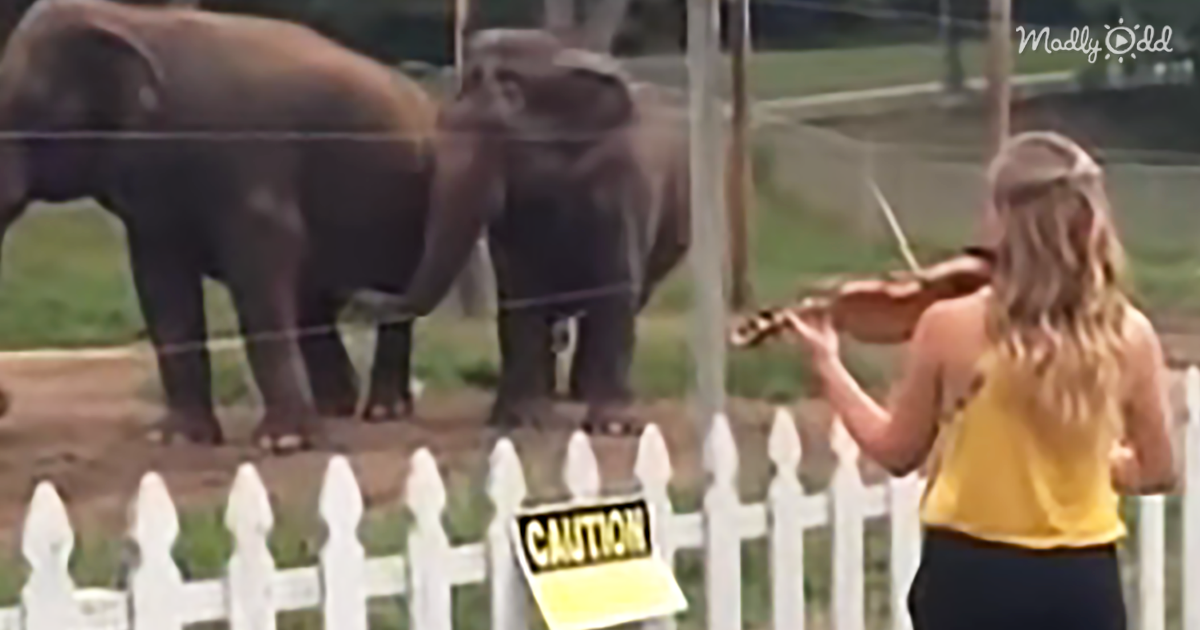 These two elephant beauties have lived together almost all their lives and were in their mid-40s at the time of this impromptu concert. Eleanor decided to do some rehearsing outside for Kelly and Viola, and their response was enchanting.

As Eleanor readied her string and began to play a bit of Bach in front of two elephants, Kelly and Viola, the two elephants began to sway themselves and their trunks gently. Who could have known these gentle giants were fans of classical music?

Kelly and Viola stopped their swaying when Eleanor stopped playing, but it sure looked like they were happy to have the chance to hear her play. This is such a sweet video that has made me consider playing more music for my fur-family. What an extraordinary experience for Eleanor as well. 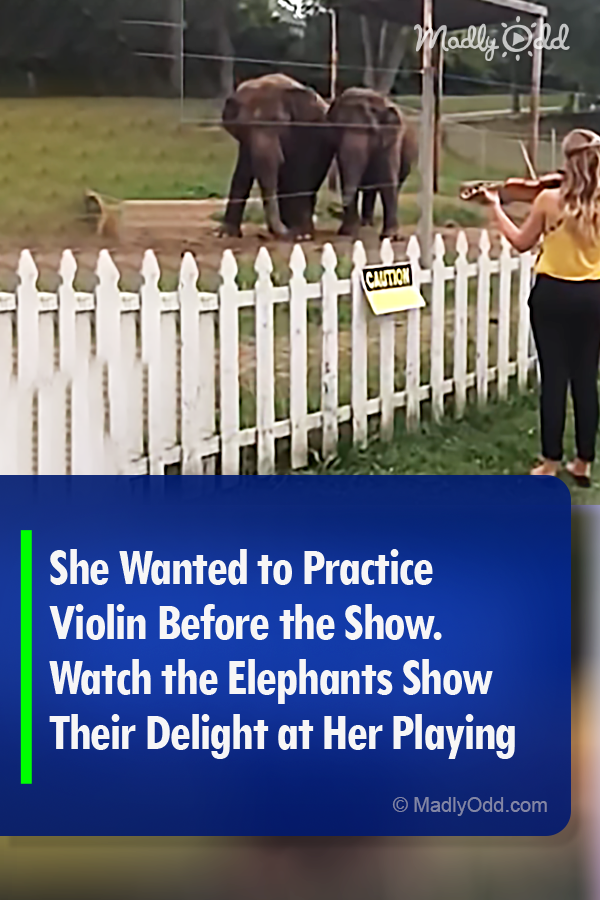