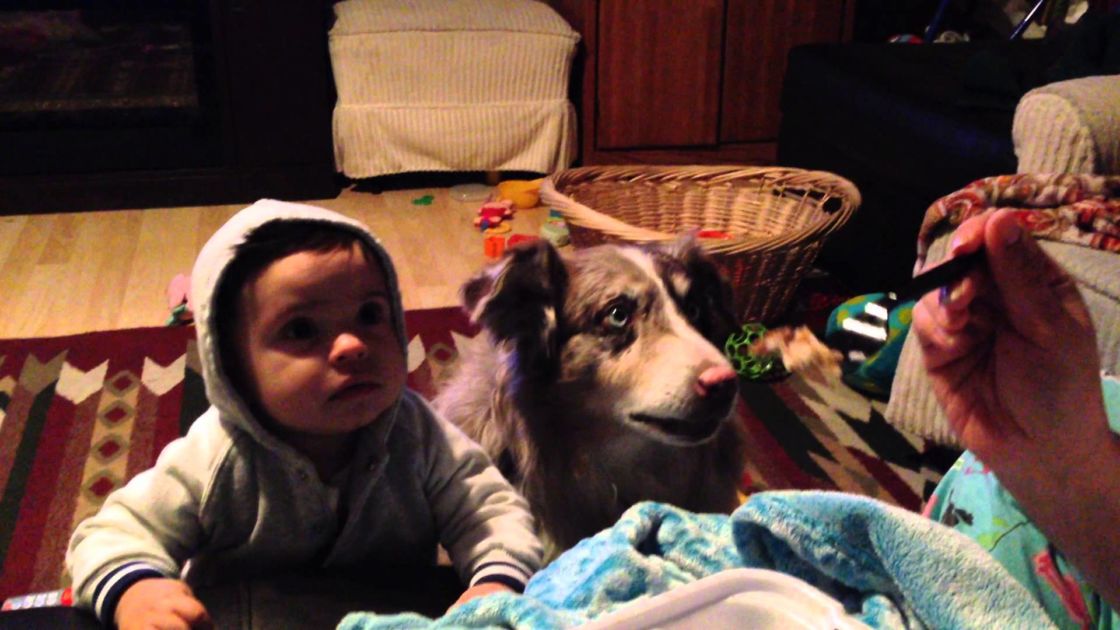 This is yet another video that shows us how awesome our four-legged doggie friends are. You are going to be in stitches when you see this! The Giovanini family was trying to teach their little baby how to say “Mama.” They were enticing him with the prospect of food. But the baby was just not interested in it. Wait till you see how his dog decided to take action, though.

This Australian Shepherd is the coolest thing I have seen today! When all eyes were on his human sibling, he stole the show with such hilarity; he had everybody cracking up. 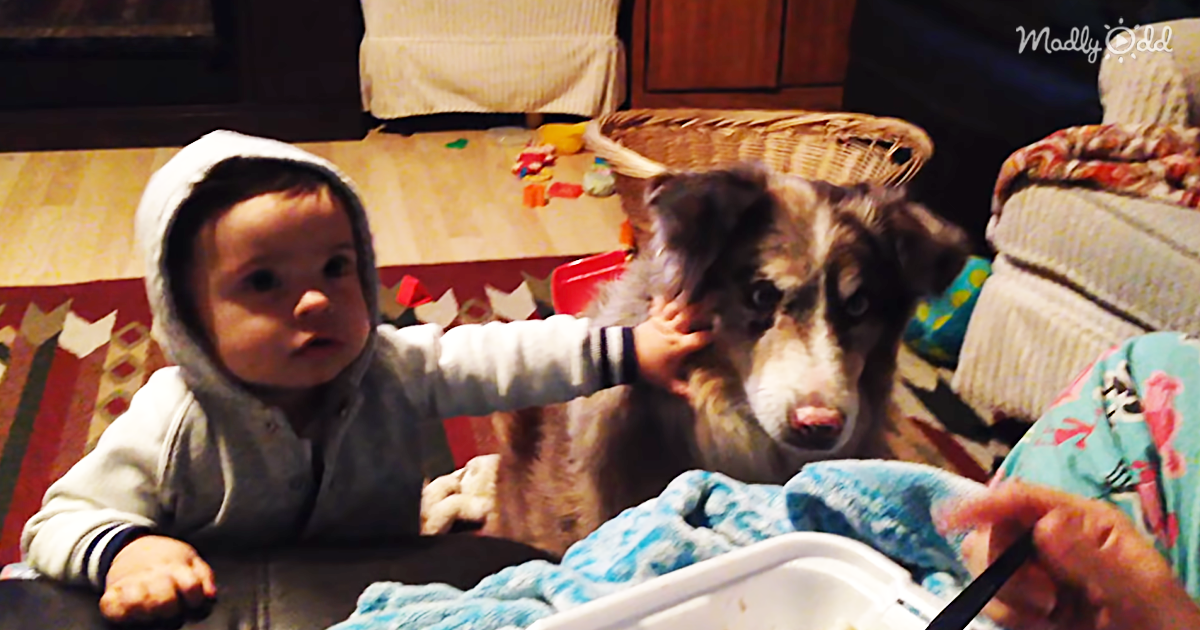 According to the parents, this handsome dog is trained. But I had never imagined seeing a dog do something like THIS, trained or not trained. As they say, a dog can do anything for free food.

This dog sure does like whatever mom is feeding that baby. He wants it so bad; he is willing to do just about anything to get a bite or two. But the mom isn’t paying any attention to him. She only has eyes for her baby, and really wants her to say “mama,” but it’s not working.

The baby isn’t cooperating, but someone is. The dog is whimpering and whining and barking when suddenly, he says, “mama!” I couldn’t believe it! Even the baby gives him a pat on the head as a reward.