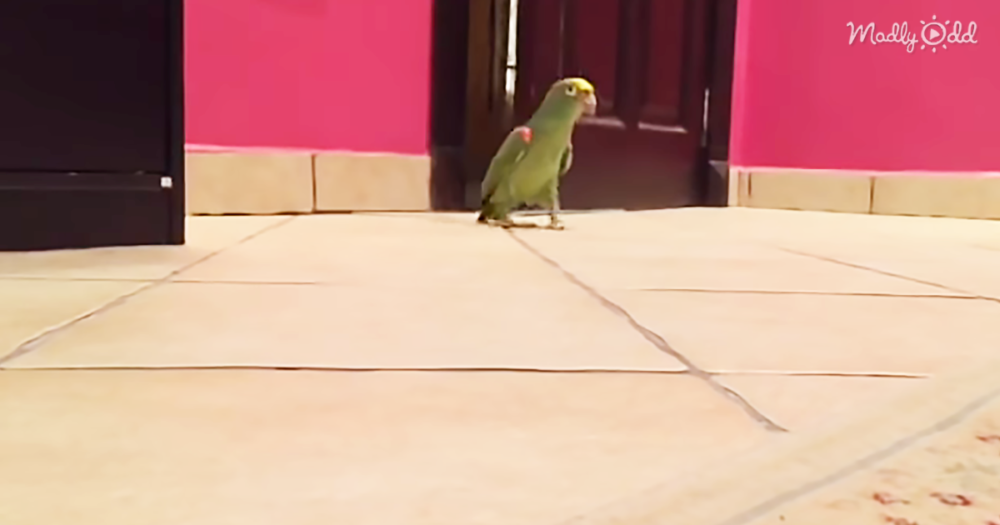 This video is two parts creepy and two parts hilarious. If you are a pet parent, you must be familiar with the sometimes, inexplicable behaviors of your little pals. However, sometimes they might cross the line a bit into creepy territory.

A lot of cat owners know the unshakeable and somewhat intrusive fate of never going to the bathroom unaccompanied. The video below features a little parrot acting endearingly creepy. Thi mas was resting in his bedroom without a care in the world, when he heard his door creak open, followed by the pitter-patter that little creatures leave in their wake. Shortly after that, he noticed his pet parrot sneaking in, little feet first and creepy laugh next! This little guy feels very proud of the mischief managed, his laugh sounds like a maniacal super-villain whose plan is going perfectly well and is preparing to give his victory speech!

Birds make great pets and are highly intelligent; parrots are able to pick up some phrases with just one listen and if treated right enjoy the longevity that gives them points over other species. I was laughing at this little guy’s gloating laughter; it is definitely endearing! 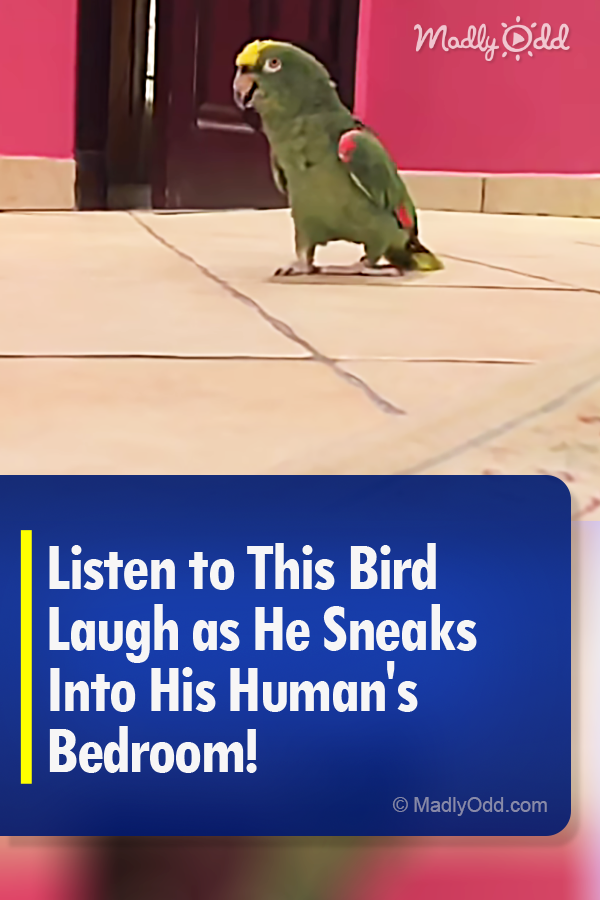