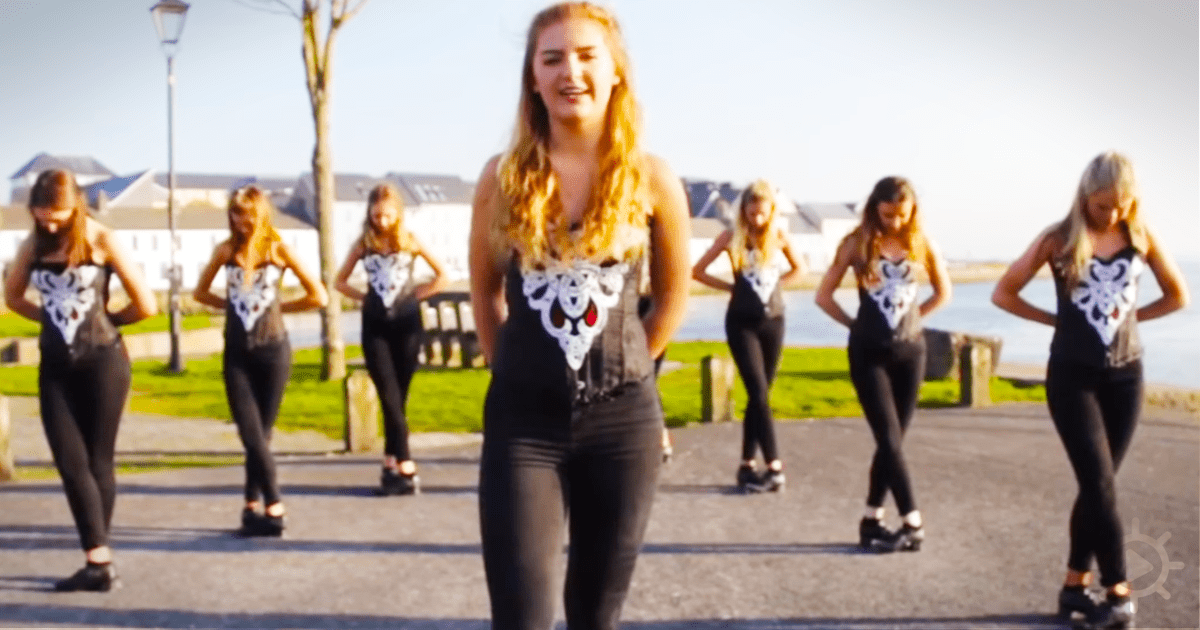 If you keep up with pop culture in the slightest bit, you know that Ed Sheeran is one of the most famous artists of the decade. He has fans all over the world, and it’s rare to go out and not hear at least one of his songs on the radio. His work is well-arranged and has heartfelt lyrics that strike listeners across the globe.

His tunes aren’t all the same. Just take “Thinking Out Loud” and “Shape Of You,” two songs that have different styles, as an example. No matter his songs’ style, though, his talent is undeniable, and he continues to rise in popularity because of that.

The girls in this video are big Ed Sheeran fans and did what they could to honor his work through the power of their talent. Knowing the artist has Irish roots, they decided to tribute him in a unique way that would resonate with him and other people with Irish blood.

They tapped Irish-dancing style to create the catchy rhythm of “Shape Of You,” flawlessly dancing to the beat and tune. Their original hashtag #STEP4SHEERAN aims to encourage dancers to perform their routines to the musician’s work!

Through the power of social media, their video went viral and earned over seven million views on YouTube. With the help of their hashtag in addition to the video’s popularity, the girls were invited to be featured in another video for the Ed Sheeran hit, “Galway Girl!”

To be able to take part in the production of a video for their favorite artist must have been an unimaginably cool experience, and it’s all thanks to the internet! These girls earned their time in the spotlight.

Isn’t this routine impressive? No wonder it caught Ed’s attention!