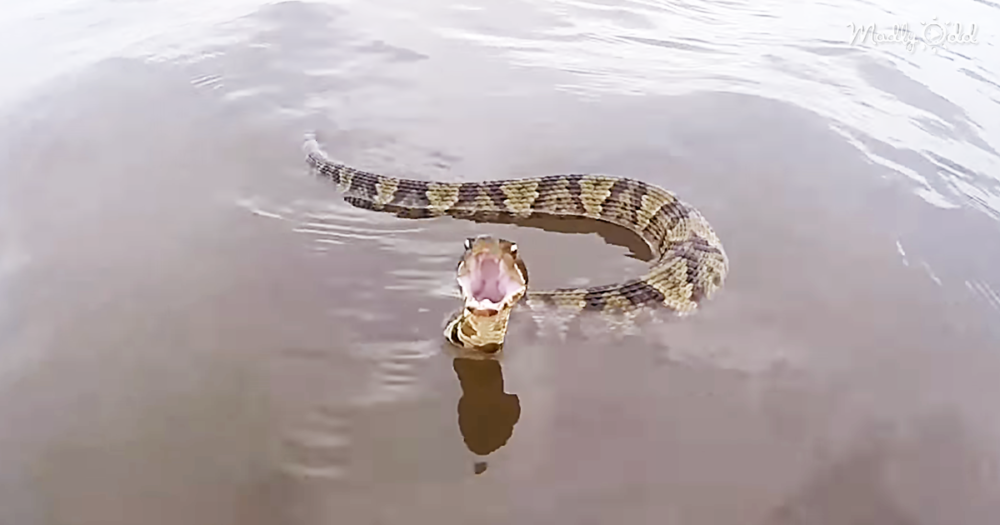 Also known as a water moccasin, the cottonmouth is a snake native to the southeastern United States. It has the distinction of being the world’s only semi-aquatic viper. Its fangs deliver a venom that, while usually not fatal for humans, can cause tissue damage that sometimes leads to amputation.

The cottonmouth spends much of its time in the water, preferring swamps, marshes, lakes, and slow-moving streams. Unnerving though it may be to think about, the cottonmouth is such an accomplished swimmer that it’s even been known to venture out onto the ocean. 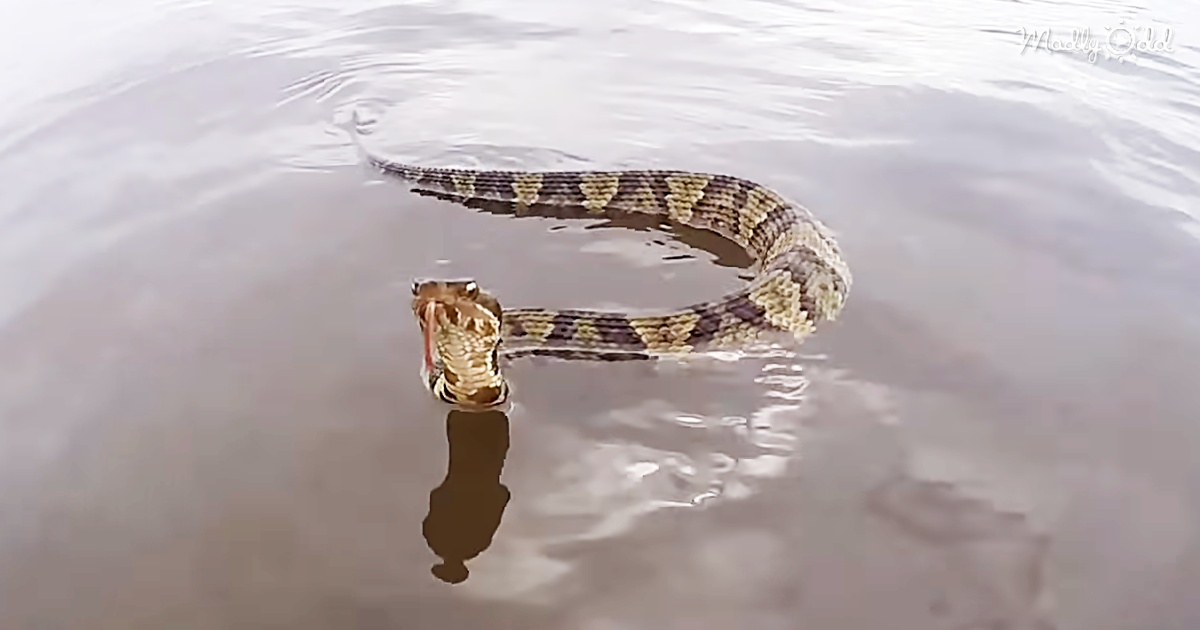 The cottonmouth has a reputation for being aggressive, though scientific studies have shown that this isn’t really so: it takes a fair amount of provocation to cause a cottonmouth to bite. More often, a cottonmouth that is feeling threatened will start by doing its trademark “gape,” showing its fangs and the startlingly bright white interior of its mouth (hence its name).

Frequently it will throw in some hissing in a last-ditch attempt to frighten its perceived enemy some more. If things get really rough, the cottonmouth can spray a foul-smelling fluid from glands located near its tail. 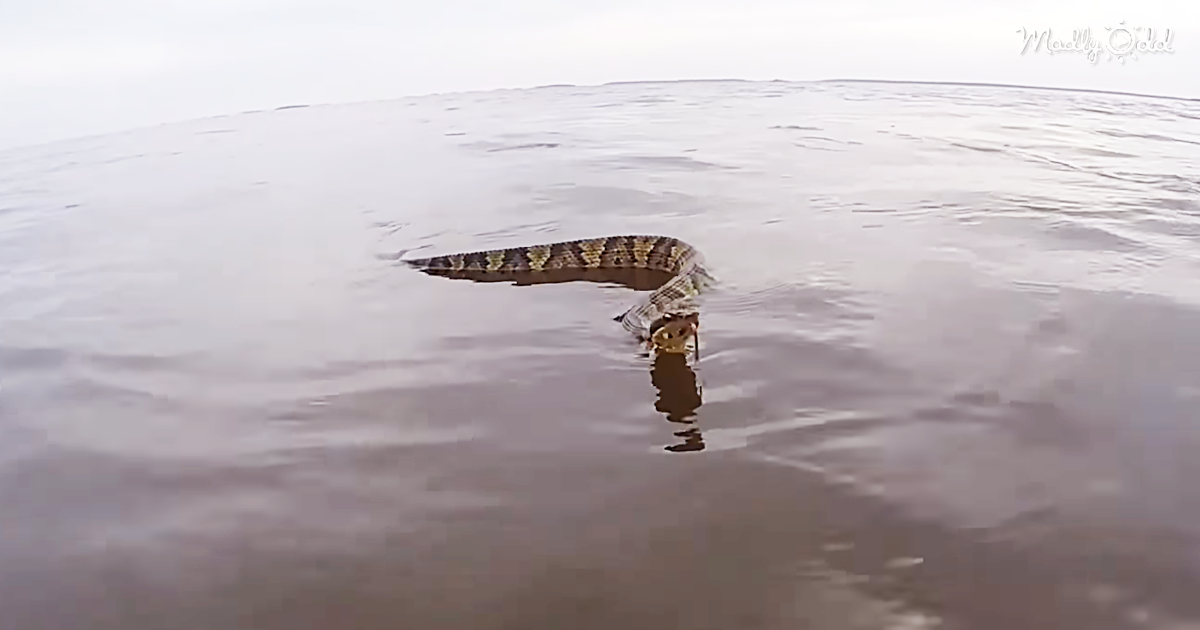 When a group of people was off the coast of Virginia Beach taking water samples, a bold ocean-going cottonmouth took exception to their innocent activity. Cory Routh shot some dramatic video of the enraged snake chasing after their boat.

As he described it, “This Cottonmouth came out to check us out while we were taking water samples, so I sent in the GoPro to check her out.” We’ve posted the video below. Perhaps it’s the stuff of nightmares, but this snake’s incredible swimming abilities and terrifying gape are very, very impressive. Fascinated by this snake or are you now afraid to go anywhere near the water? 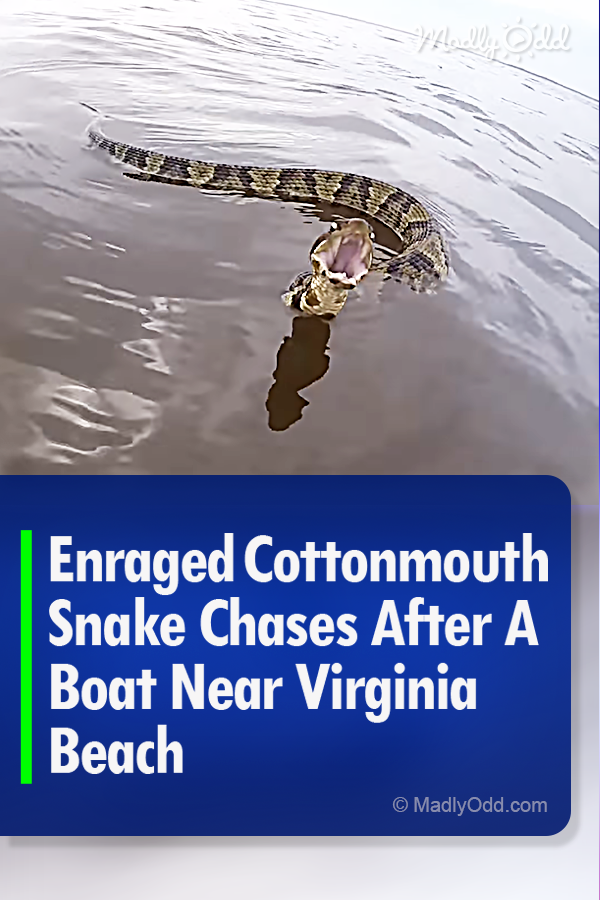