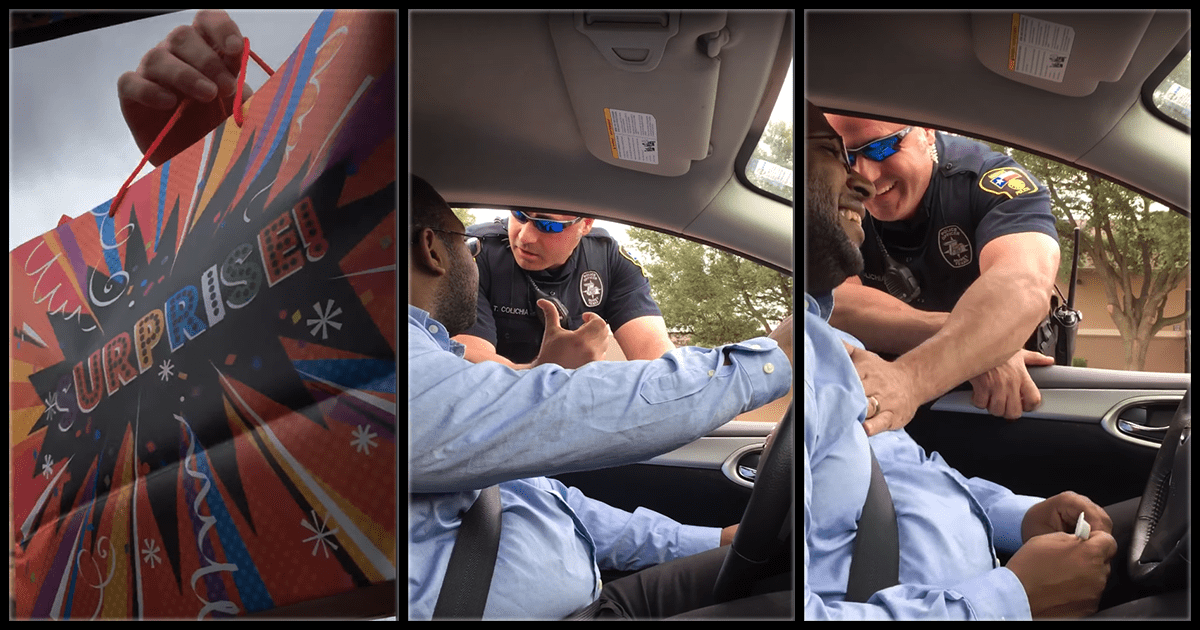 It is a common reaction for most people to immediately get nervous when the flashing lights of a police officer start showing in your revision mirror. You may know you have done nothing wrong, but there is always still a little doubt.

The lady filming the clip we have for you below is the wife of the driver of the car that is about to be pulled over. The officer is clearly an acquaintance at the very least as they have a little giggle when they realize who has pulled them up. 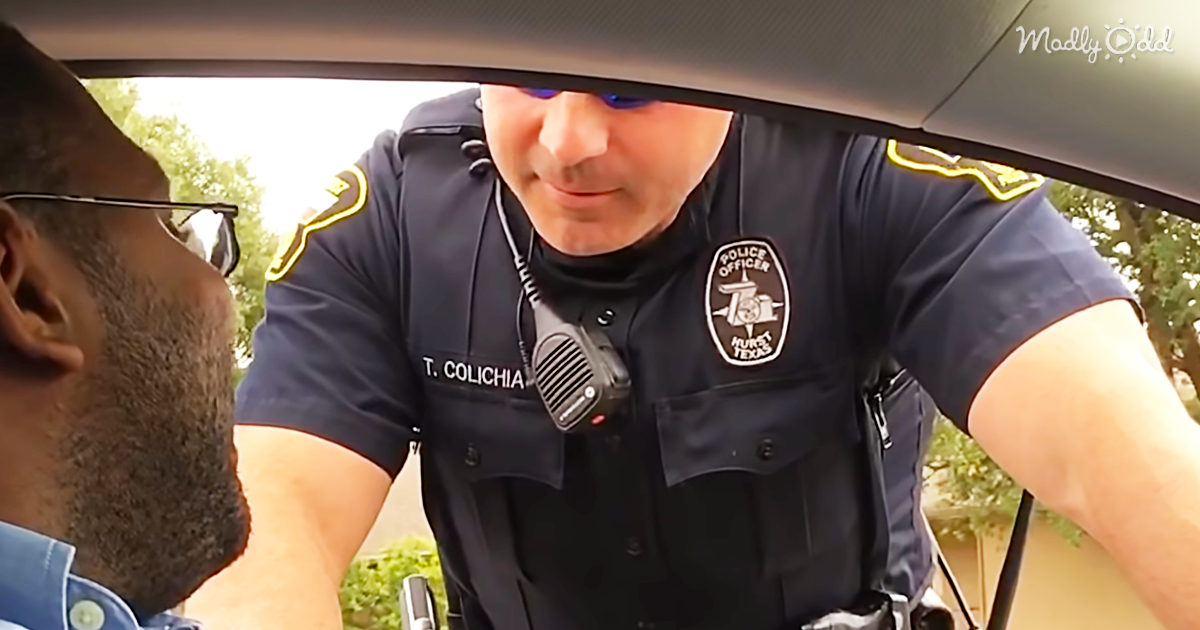 The officer comes to the window, and he and the driver exchange greetings. The officer says he pulled him over because he noticed that his children weren’t restrained properly in the car. Now, this gets the driver’s attention, and you see him pull a funny face.

The driver laughs and tells the officer he has no children, gesturing around to the empty seats behind him. However, the officer isn’t going to let that silly fact get in the way of the point he is making and states again what the offense is. The driver even says, ‘You know me, I haven’t got any kids.’ 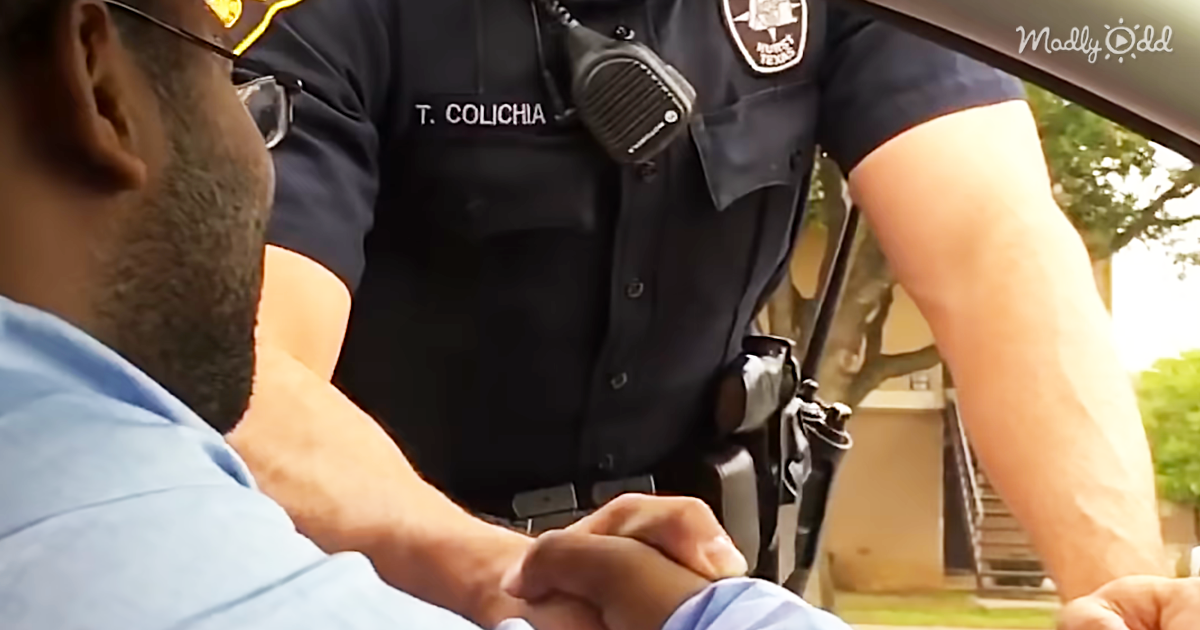 That was the perfect opening for the officer to ask, ‘Are you sure?’ Now the driver looks at his wife, still filming – but unbeknownst to him, she has been showing us viewers the positive pregnancy test stick. It takes a moment for the penny to drop.

Don’t miss this perfectly executed police-assisted pregnancy announcement in the video below. This police officer showed good form and a great sense of humor in helping his friend find out he was going to be a dad. What a cool video, indeed. 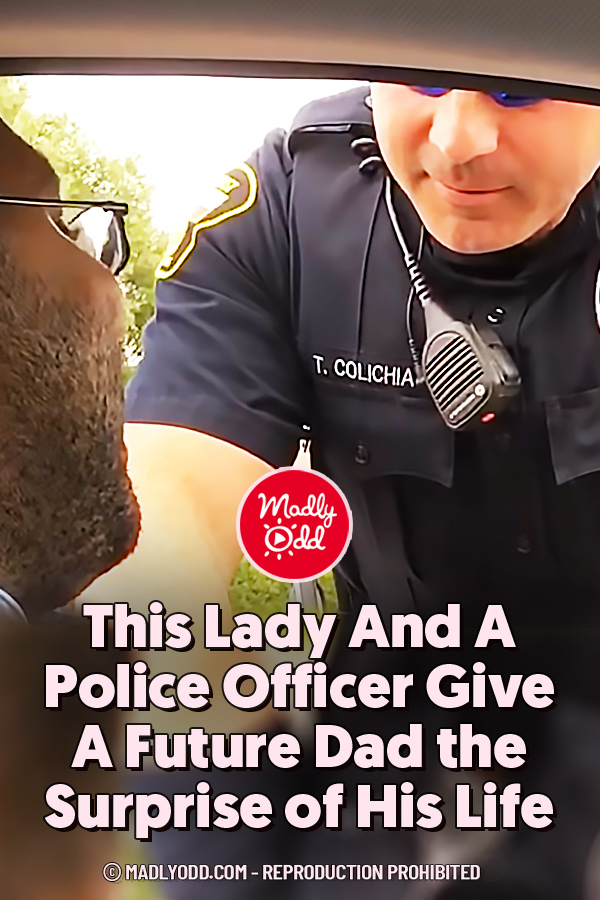