Natalie Trayling is an Australian street performer. While I had seen street performers with various talents such as singers and dancers, there was something different in Natalie. She is “arguably the best ‘unknown’ composer in the world today.

At least, that’s what her son, Melbourne based musician Matthew Trayling, thinks. When I saw this video, I was a little skeptic. After all, not everyone who claims talent actually has it. After watching the video, I was taken by her breathtaking performance.

Matthew created a YouTube channel to promote both his music and his incredibly talented mother’s as well. His YouTube channel reads: “As you go through his uploads it is quite obvious that Natalie is gaining worldwide recognition not just as a street performer, but as a ‘profound musical genius,’ a description she rightly deserves, and to add… is agreed with my many.”

Natalie has been playing in the streets for Melbourne for years. She manages to find pianos to play in stores, hotels, and on her own whenever she can afford it. Her life is far from having been an easy one. Natalie is now in her 80s and she has suffered through the death of her two daughters.

Natalie has been a staple in Melbourne for many years. She became an internet sensation after her son Matthew posted a video of her performance. This video now has more than 6 million views. This is something you don’t want to miss. 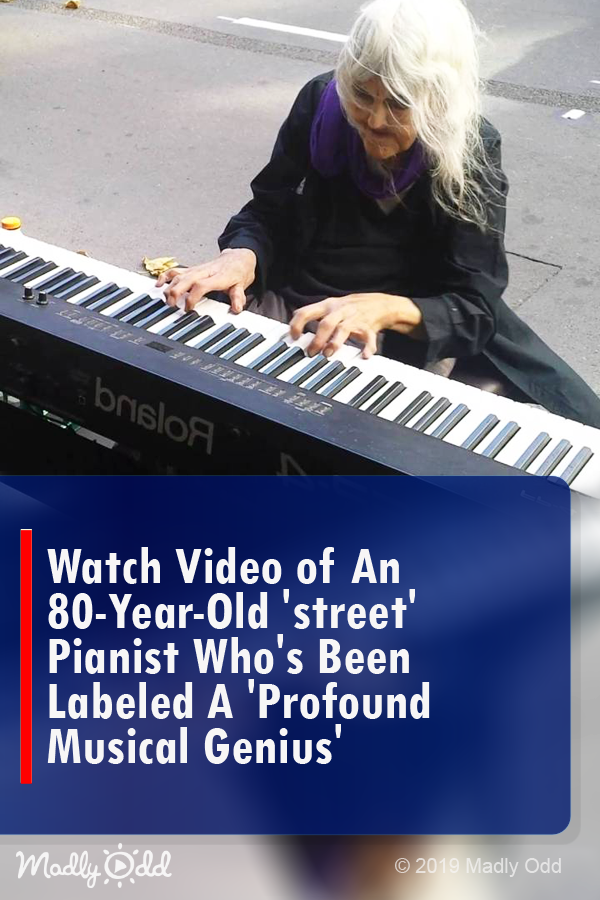