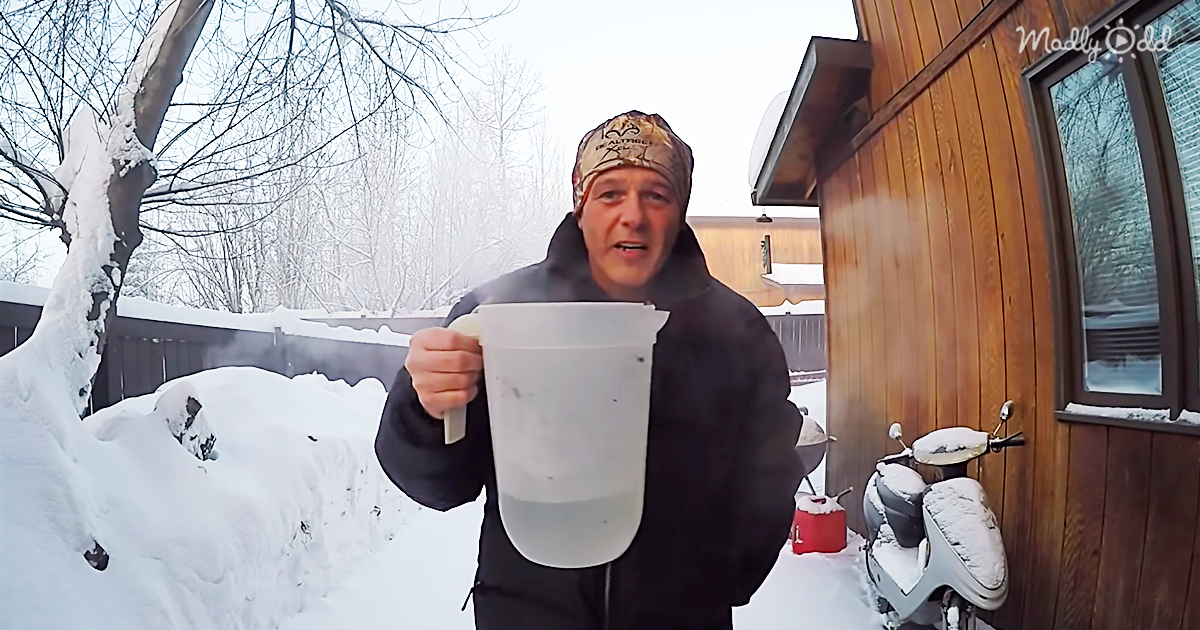 A man living in Alaska wanted to see what happens to hot water when you expose it to the frigid cold temperatures of an Alaskan winter. Throwing a pitcher of steaming water into the air, he watches in fascination as the water instantaneously evaporates into clouds. The beautiful clouds rise up into the morning air.

When temperatures drop to extreme levels, that’s when the scientific among us like to perform experiments. Take this gentleman living in Alaska for instance, who wanted to see what happens to hot water when exposed to the air on a freezing winter morning where the temperatures had plummeted to -52 degrees Fahrenheit.

He goes into the house and returns outside with a pitcher of boiling hot water. Then, standing away from his camera, he throws it up into the air. As soon as the water hits the frozen air it evaporates into a cloud. The cloud rises up into the sky since the water within it is still warmer than the air. 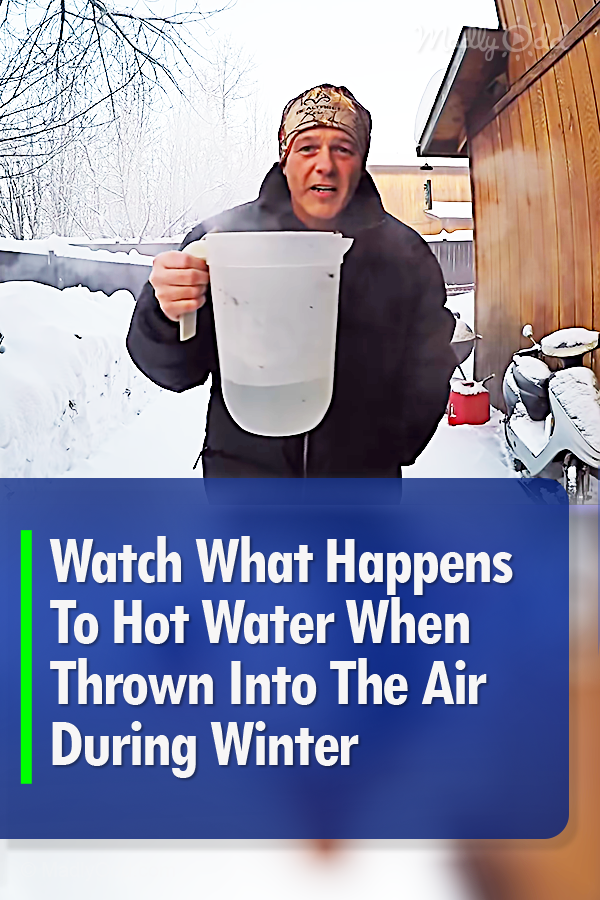