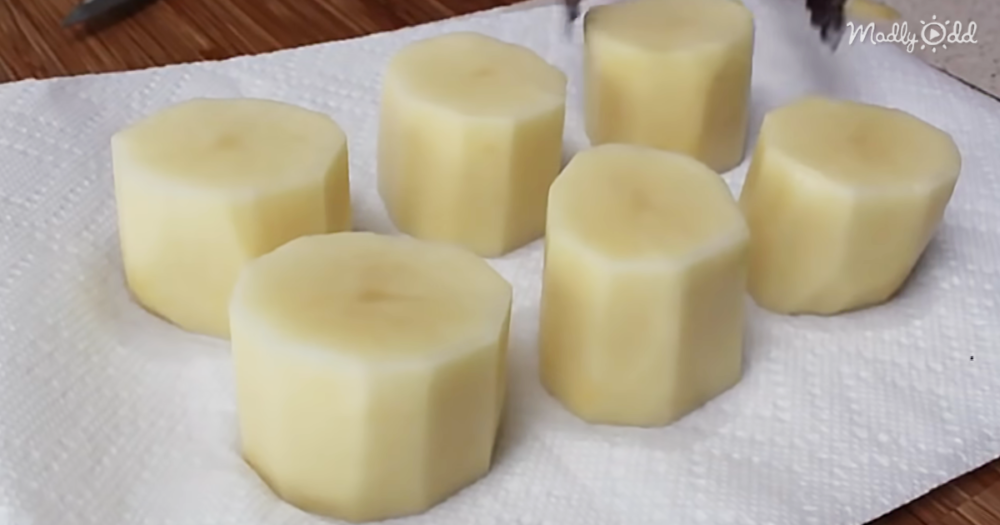 Potatoes are inexpensive, nutritious, and incredibly versatile. There are literally hundreds of different ways to prepare them. One that’s definitely worth a try is “fondant potato.” It isn’t all that difficult, and the result is delicious: creamy and fluffy on the inside with a nice, flavorful crust on the outside.

It’s a fancy dish in and of itself, but it works well as a side for many other main courses. 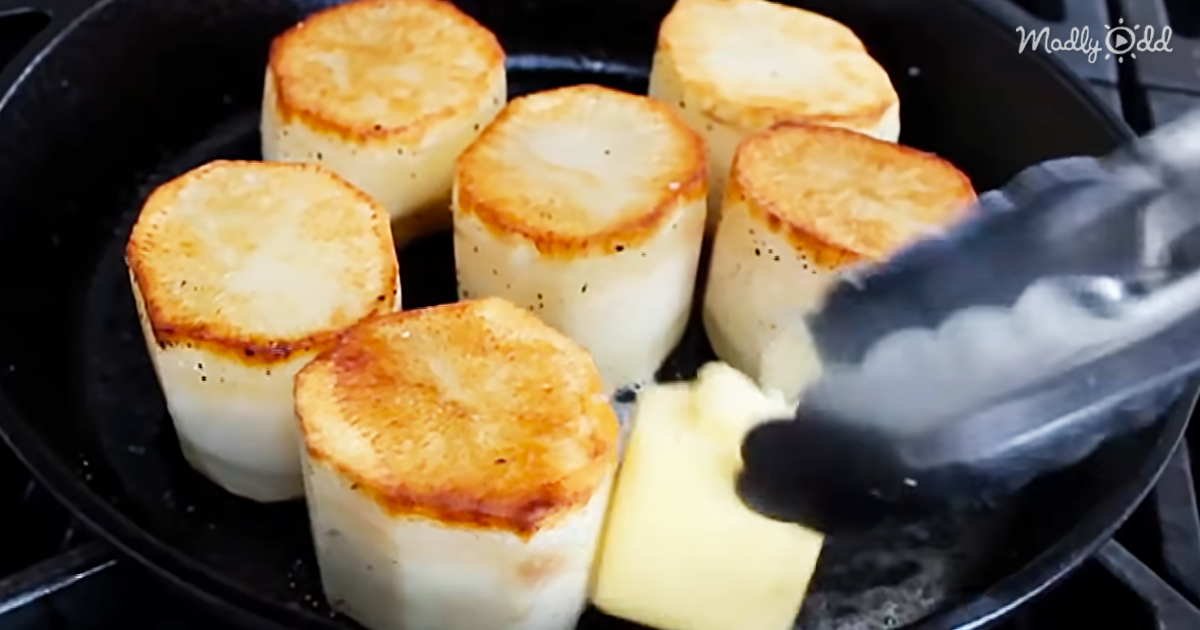 You’ll need three large russets — and only russets: they’re the right size and have the proper texture.

The other ingredients:
a half cup of chicken stock or broth
2 tablespoons of vegetable oil
2 to 3 tablespoons of butter
a few sprigs of thyme
some salt and pepper.

After washing the potatoes, chop off the ends and skin the potatoes on all sides. You want each potato to be shaped roughly like a cylinder. Cut each one in half widthwise and put them in a bowl of cold water for about five minutes. Dry the potatoes thoroughly and set them aside.

Heat the vegetable oil on high in a heavy skillet and after you put the potatoes in end-down, reduce the heat to medium-high. Sprinkle some salt and pepper and cook them until they’re thoroughly browned and then flip them over. Remove any excess vegetable oil, and put the butter in the pan. 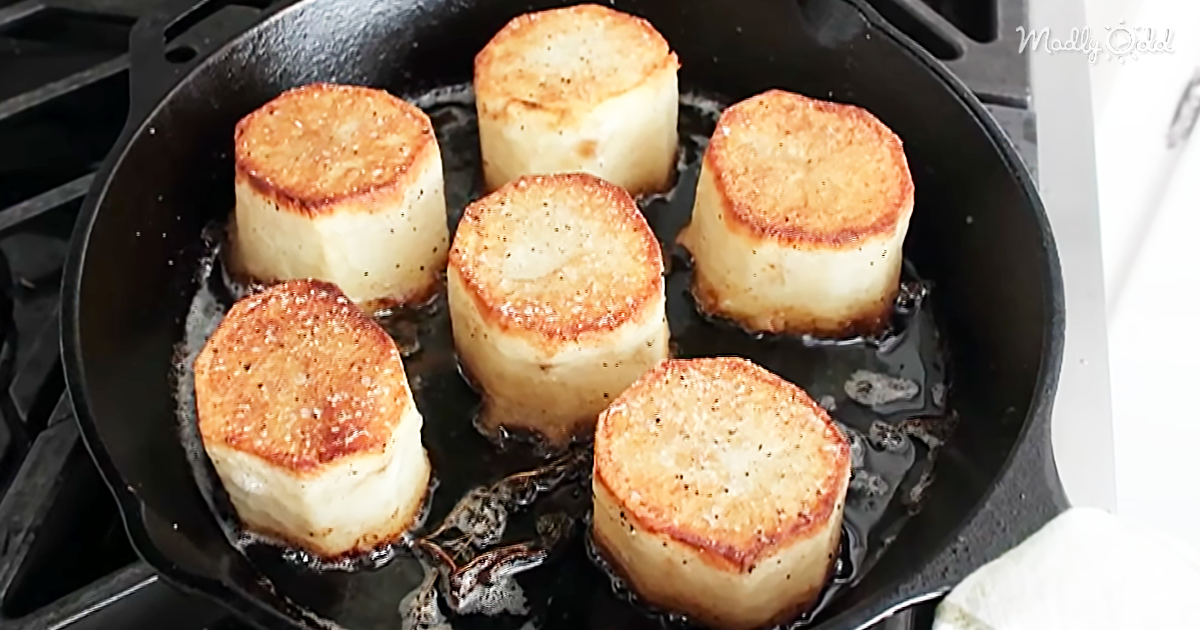 Use the thyme sprigs to brush butter over the potatoes. Sprinkle more salt and pepper. When the butter is just about to foam up and turn brown, add the chicken stock or broth. Now put the pan in an oven that’s been preheated at 425 and bake for 30 minutes.

Chef John from FoodWishes.com has made a video with all the details. We’ve posted it below for you. As he says, “If your grandfather was a European aristocrat, this might have been one of his favorite potato side dishes.” I agree with Chef John; you can never have enough potato recipes.