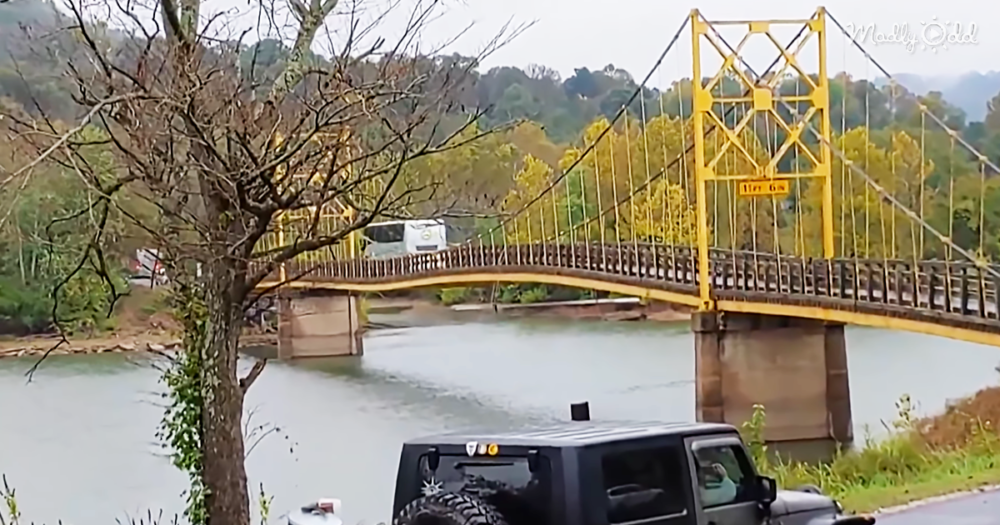 Will Demented Tour Bus Driver Cause a Fatal Accident Crossing a 10-Ton Max Bridge With His 20-Ton Tourist Bus?

To be a bus driver, you do not have to be a mathematician, but you must at least be able to calculate that it is not a great idea to drive a 20-ton passenger bus, over a bridge with a 10-ton limit, especially if the bridge was built shortly after World War 2.

The bridge in question is the 554 feet Beaver Bridge in Beaver, Arkansas, also known as the Little Golden Gate. It is a historic one-lane suspension bridge which was completed in 1949. The bus a new luxury passenger tour bus. The driver, an unknown person who might have a mental health condition or death-defying former stuntman. 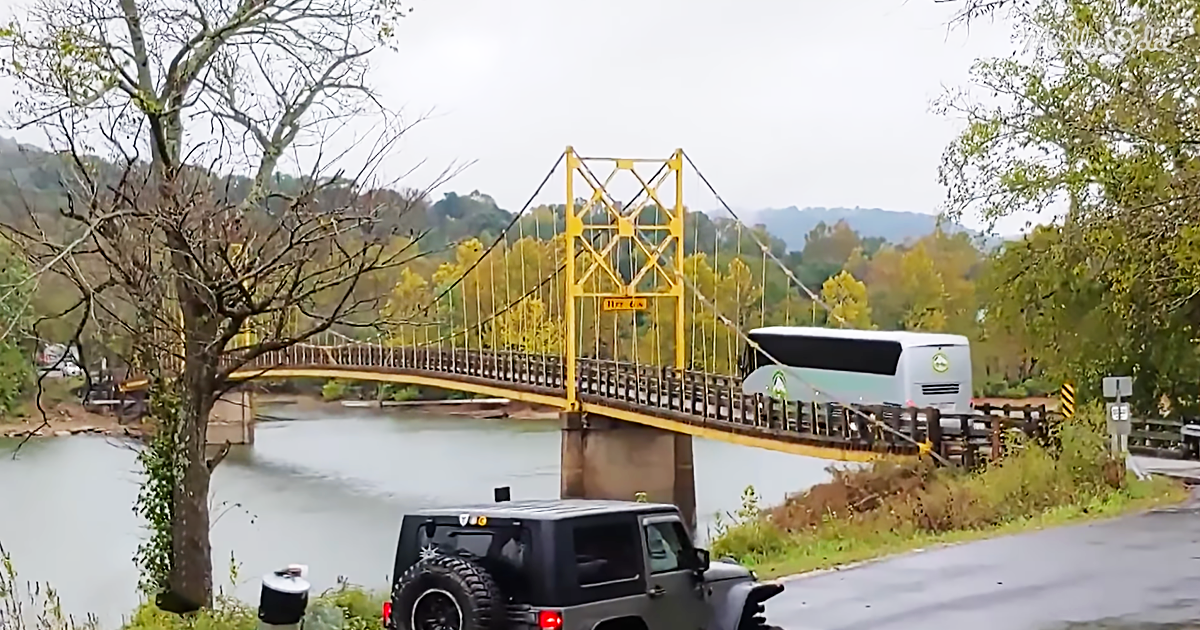 As the bus starts crossing the bridge, the onlooker’s camera or dashcam is rolling. A few yards onto the bridge and its deck starts bending under the weight. Luckily suspension bridges do allow for some flexibility on its dek, but the main suspension cables are not made to carry weight over their limit, and the vertical cables are also limited in the tension they can absorb.

No matter if the bus makes it or not, the cables are stretched and damaged by overweight crossings, and if not now, it might break afterward under even normal weight. So, was this demented driver’s crossing the last one, or is that still somewhere in the future? Have a look. 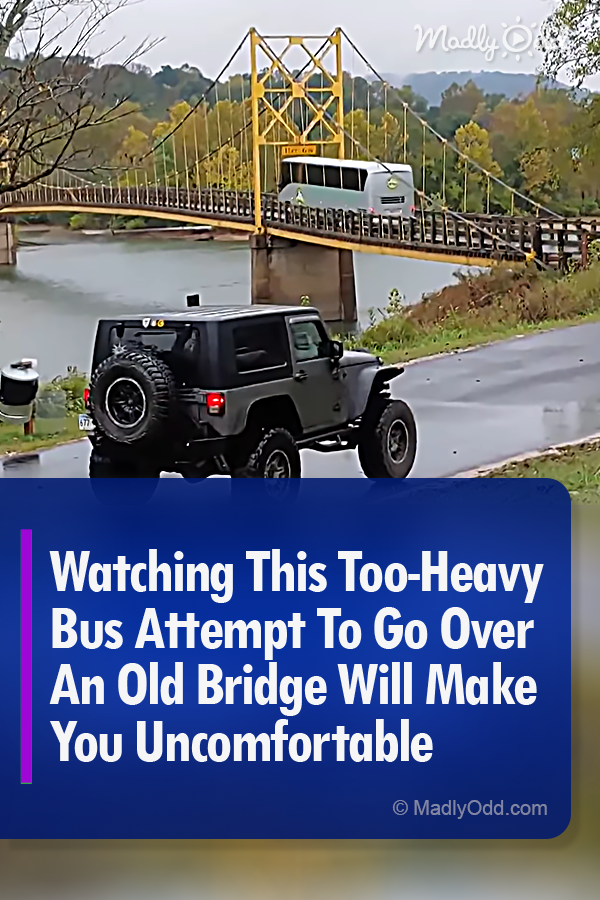