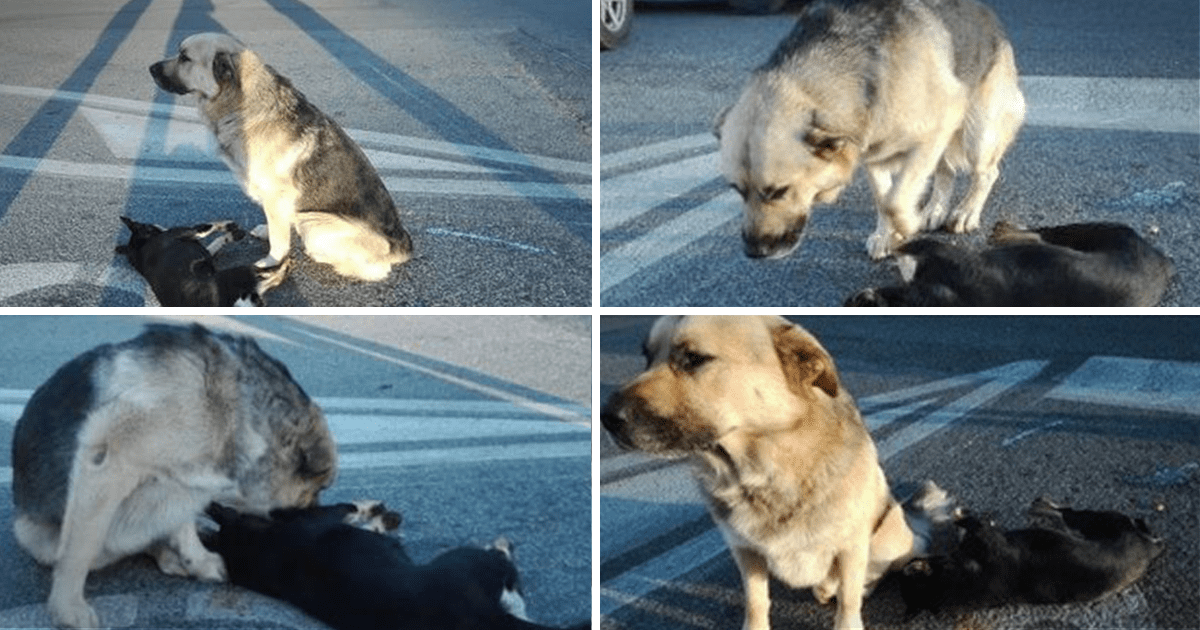 Dogs are known as “man’s best friend,” and for good reason: they form strong bonds with their favorite humans and are utterly loyal. But dogs can also be incredibly loyal to their animal friends, not least other dogs. After all, in nature, dogs are pack animals. They live and hunt together, forming remarkably complicated little societies. A heartbreaking story from the streets of a big city shows just how devoted to each other dogs can be.

Rome, Italy is a big city with big city traffic. Worse, drivers there tend to be… Aggressive. One observer notes that Roman drivers see traffic lights and road signs as “vague suggestions” rather than rules to be obeyed. There are stories of tourists being trapped in the middle of large streets for hours on end, afraid of the aggressive drivers while the drivers taking advantage of their fear. If Rome’s streets are dangerous for humans, just imagine how it is for dogs.

Recently, a dog was hit and killed by a car in Rome. He was a street dog, well known in the neighborhood. Adding to the sadness, one of his friends, another street dog, came over and refused to leave his side. The vigil lasted for hours, snarling traffic in the area. Even Rome’s maniacal drivers had to slow down and drive around them. As Marco Milani described the scene to the Italian news agency ANSA, “I was taking my daughter to school and got trapped in a jam. At first I thought there was an accident but then I noticed the dog. He was there in the middle of the road, still and looking after his friend, who had probably been killed in a hit-and-run.”

People in the neighborhood confirm that the two dogs were inseparable. Marco, meanwhile, posted photos of the tragic scene on-line in the hope that someone would adopt the bereaved canine. Dozens of offers have poured in.
Amazed by this tale of canine devotion? Let us know in the comments at Facebook and be sure to like and share!