A normally funny man, Richard Bernard “Red” Skelton takes a moment to discuss a more serious topic in this 1969 clip from his namesake, The Red Skelton Show. And, after hearing his sobering message, we’re definitely feeling patriotic.

The Red Skelton Show was an award-winning television program that provided Americans with comedic relief from 1951 all the way to 1971. And the show was hosted by none other than nationally-adored Red Skelton himself.

Though most sketches featured hilarious characters like “Deadeye” the incompetent sheriff, shifty real-estate agent “San Fernando Red”, and “Junior, the Mean Widdle Kid” known for his trademark saying “I did it.” However, in this 1969 clip, the show takes on a more somber atmosphere.

In this sketch, Red Skelton delivers a striking monologue without the need for props or sets, appearing simply in a tuxedo and black felt hat. As he begins to unpackage the true meaning behind The Pledge Of Allegiance, we are left with a new-found appreciation for the age-old vow.

John Wayne: The Pledge of Allegiance

I remember this like it was yesterday. A LOT of people need to listen to this and get its true meaning. 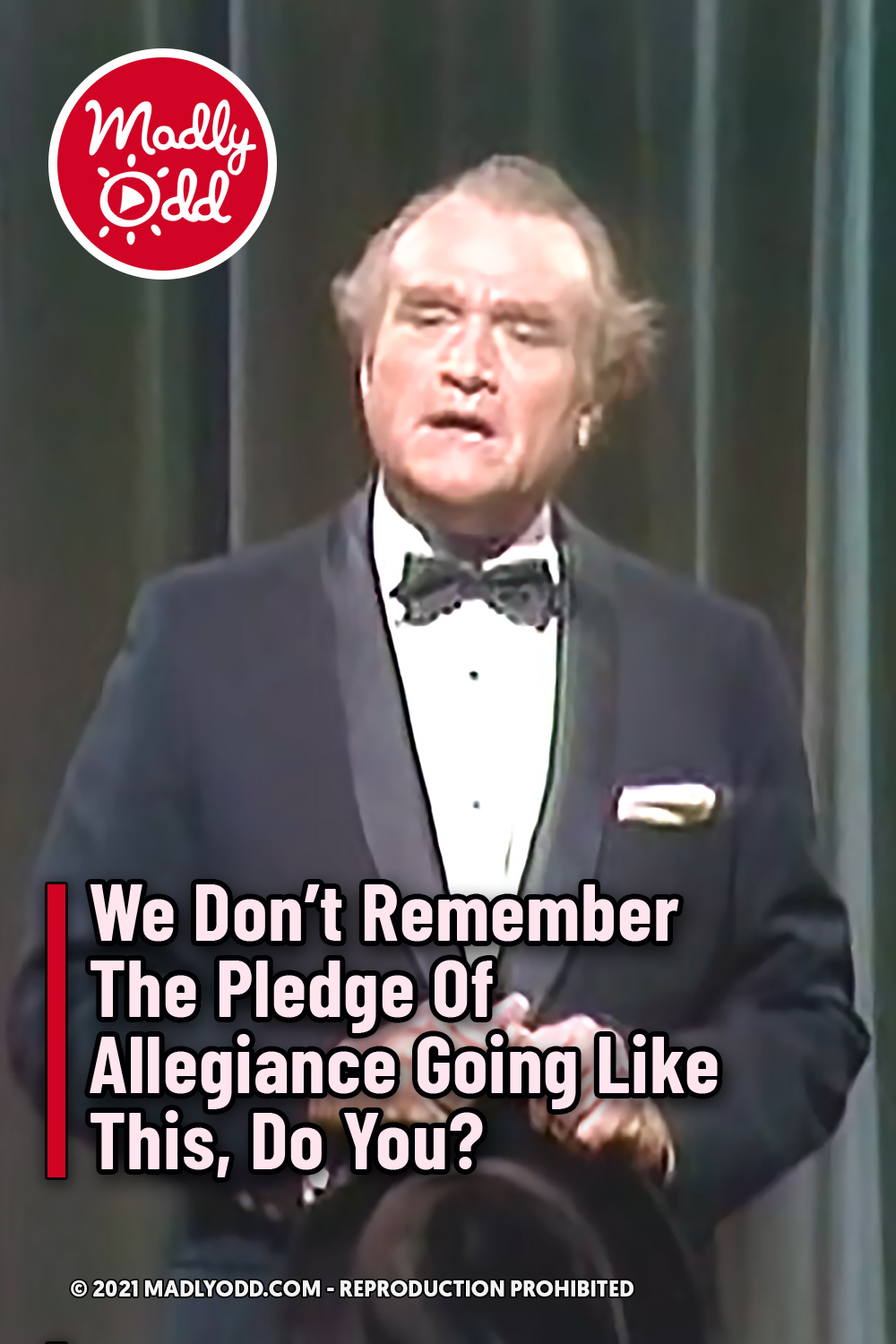