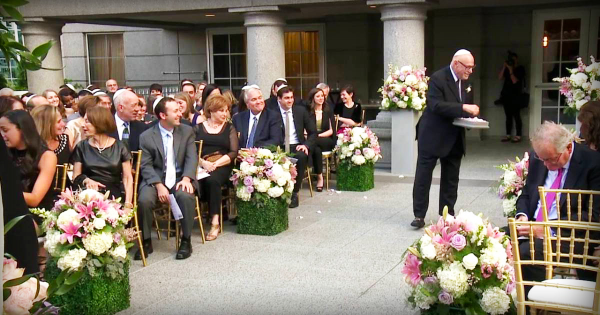 Jennifer Briskin and her husband-to-be Austin Tansantisuk of Atlanta, Georgia had everything planned out for their wedding day except for the choice of flower girl, a role usually played by a young relative. 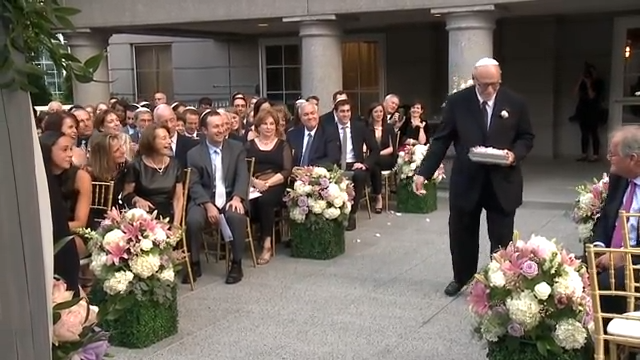 One of the most special people in Jennifer’s life was her 85-year-old grandfather Stanley. She really wanted him to be more than just a spectator at her wedding. “In thinking about the typical roles of a wedding, I couldn’t shake the idea of him walking down the aisle throwing flowers like a flower girl. I joked with him that I wanted him to be my ‘Flower Grandpa,’ and the idea stuck!” So she sent him a customized invitation to the wedding asking, “Papa, Will you be my Flower Grandpa?”

Stanley was delighted to accept the invitation, but he was a little bit nervous. Grandpa Stanley apparently didn’t get enough rehearsal time. His wedding skills were kind of rusty, and he really didn’t have any experience as a flower girl! Not many 85-year-old grandfathers do.

There’s an old joke: someone stops a musician and asks him how to get to Carnegie Hall; the musician replies, “Practice, practice, practice.” As you’ll see in the video we’ve posted below, Grandpa Stanley apparently didn’t get enough rehearsal time.

Instead of scattering the flower petals evenly over the aisle, he ceremoniously tosses a few towards the guests. Everyone thought it was adorable and it actually made the day that much more special.

Wedding ceremonies are rich in tradition, some of these traditions are very old and others much newer. Some couples have begun to liven things up a little by throwing in well-rehearsed surprises; special dances are a prime example. But even these innovations can become a bit too popular, leaving couples trying to come up with something unique. We applaud the bride’s thoughtfulness. This will be a memory they will all look back on with fondness.

Do you at least give Grandpa Stanley an A for effort? Let us know in the comments on Facebook and be sure to like and share. 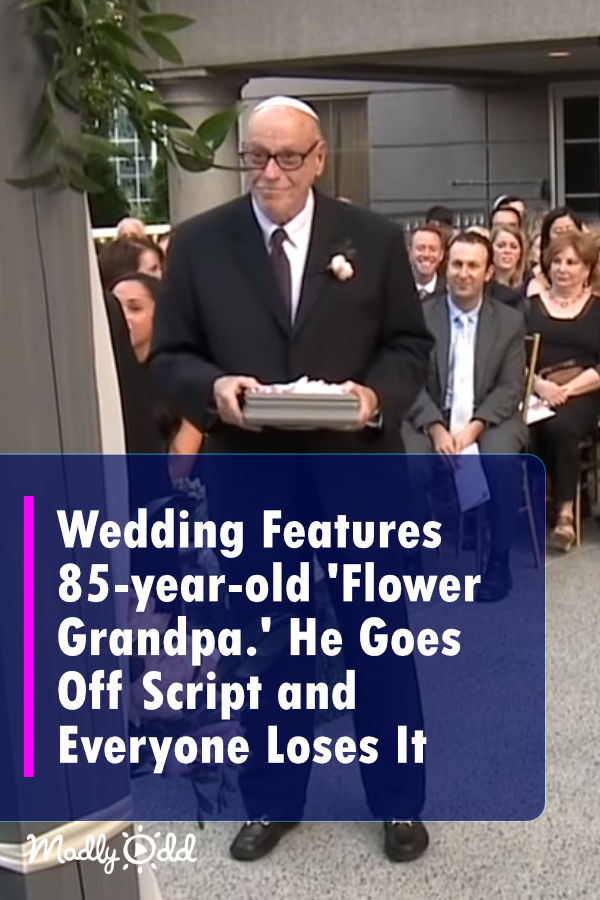