A lot of us have not yet had the pleasure of seeing “Asia’s Got Talent” the South East Asian franchise of one of the world’s most popular television shows, which is a shame because as the title suggests, Asia does have some extraordinary talent. The winner of the 2017 competition was one of the most unusual acts that has ever been seen on this program. I am sure that most of the people reading this would have never heard of “The Sacred Raina” but after watching this clip I’m sure a lot more of you will want to follow this amazing, if not a little strange, young lady.

When this very talented magician stepped on stage the judges were shocked straight away. Dressed in what looks like a very dark school uniform, and carrying an extremely creepy doll, the exponent of one of the oldest art forms known to man did not say a word, instead she dropped her doll and went straight into her act. As she approached the judges panel, two of them immediately got up to leave, so frightening and bizarre was the dark-yet-mystifying-presence of the strange young woman.

Marie Antoinette Riana Graharani, AKA “The Sacred Riana” is a 26-year-old Indonesian magician-illusionist who first came to public attention on the Indonesian television channel “Trans 7” program “The Next Mentalist” where she came runner-up. She then went on to win the second season of “Asia’s Got Talent” with her highly unusual magic act. She rarely talks during her performances and when she does it is in a vibrating and very unclear voice. Her manger, after being asked if it was hard for her to stay quiet, said “She is a quiet girl by nature, so it’s easy. She is not the talkative type”. Even after winning the show she said nothing when handed a microphone.

Videos of her performances on both YouTube and Facebook have had over 70-million-views, which is just incredible for an act that is not very well known outside of her own county. Her act is just so unique that she will have to become a superstar one day. Riana, who is the eldest of two children has always had an interest in magic, her father was a magician and she has always idolized “David Copperfield” since she was a young girl. With the guidance from her father Riana has become an expert in the skills of “Telekinesis”. She chose the name “The Sacred” because she has always thought that performing magic was a sacred thing for some people. 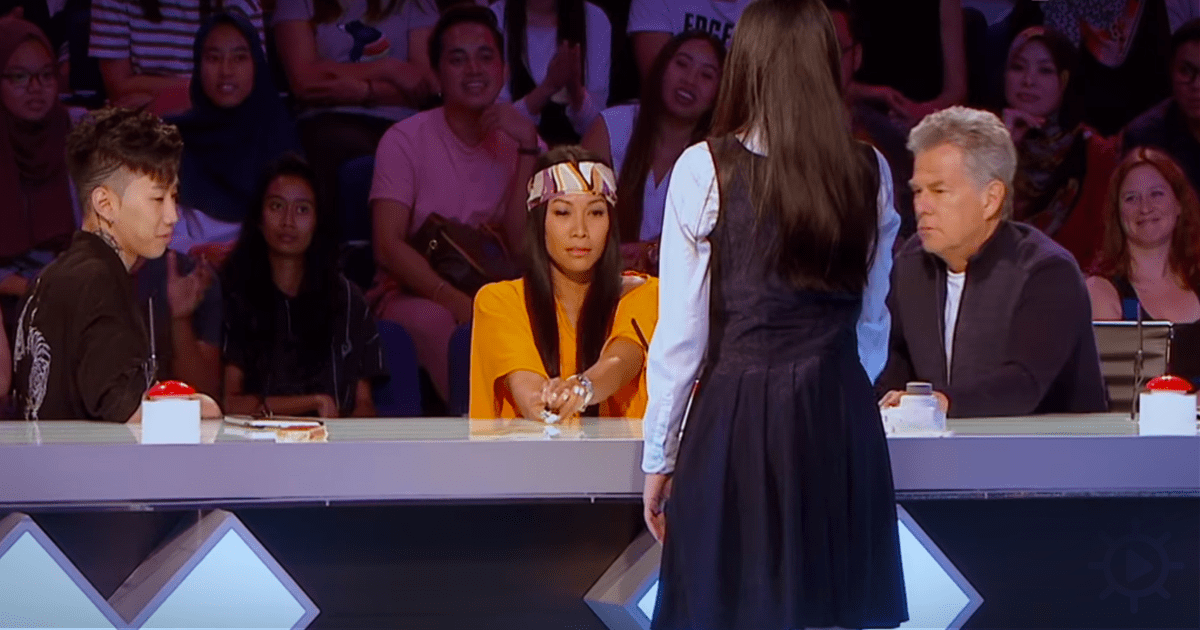 When you watch the clip below you will become one of those 70-million-fans out there that have already enjoyed the talent of this amazing, all-be-it-very-strange, professional magician with the flare for the bizarre.