“Since the majority of video recorded in the wild is of predator-prey interaction, it’s always refreshing to see some light-hearted interactions between animals. This drone captured some rare footage as it was flying above the ocean off the coast of Dana Point, California.

The drone was sent out of Captain Dave’s Dolphin and Whale Safari, a business that provides dolphin and whale watching tours off the coast of Dana Point. Whales can be seen in this area as they make their annual migratory trip from Alaska down to the warmer waters of Baja, Mexico where they mate, give birth, and then travel back north to colder waters. 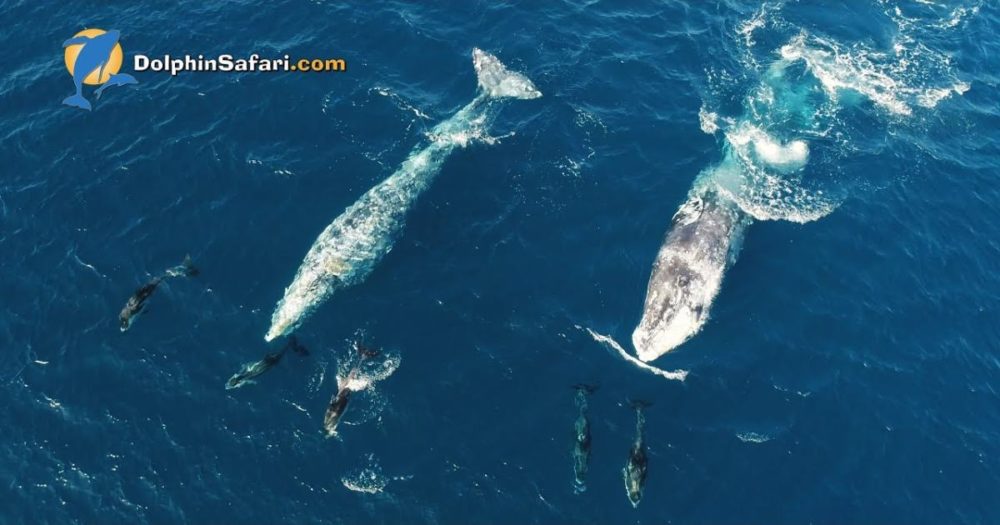 Along this 12,000-mile roundtrip, these 30-40-ton sea mammals encounter many dangers. They face predators, like orcas, and must often dodge or disentangle themselves from floating debris or commercial fishing nets.

Much to the delight of hopeful whale watchers, the migrating whales quite often swim only a mile or two off of the shore of California during migration season. It’s a busy time of year for Captain Dave’s and other whale watching tour operators.

A drone followed two migrating whales for a short period of time and noticed they were joined by an entourage of dolphins. The whales breached often, did a series of twirls along the surface of the water, and even splashed the water with their tails a few times as if playing with the dolphins nearby. The dolphins were clearly having fun as they jumped, dived, and played. One of the whales even sprayed water out of his blowhole, seemingly at the dolphins.

This kind of footage is rare. Comments on the video from viewers range from thinking the dolphins were antagonizing the whales to running comedic commentaries of the fun the sea creatures were having together.

Well, these dolphins and whales certainly seemed to be enjoying themselves. It is such a pleasure to see wildlife just relaxing and having fun in their natural habitat. 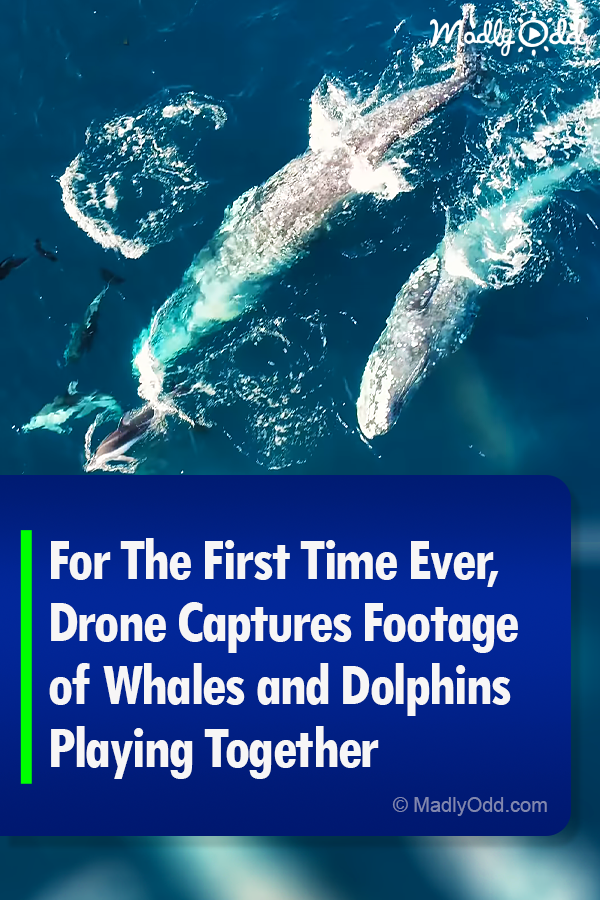