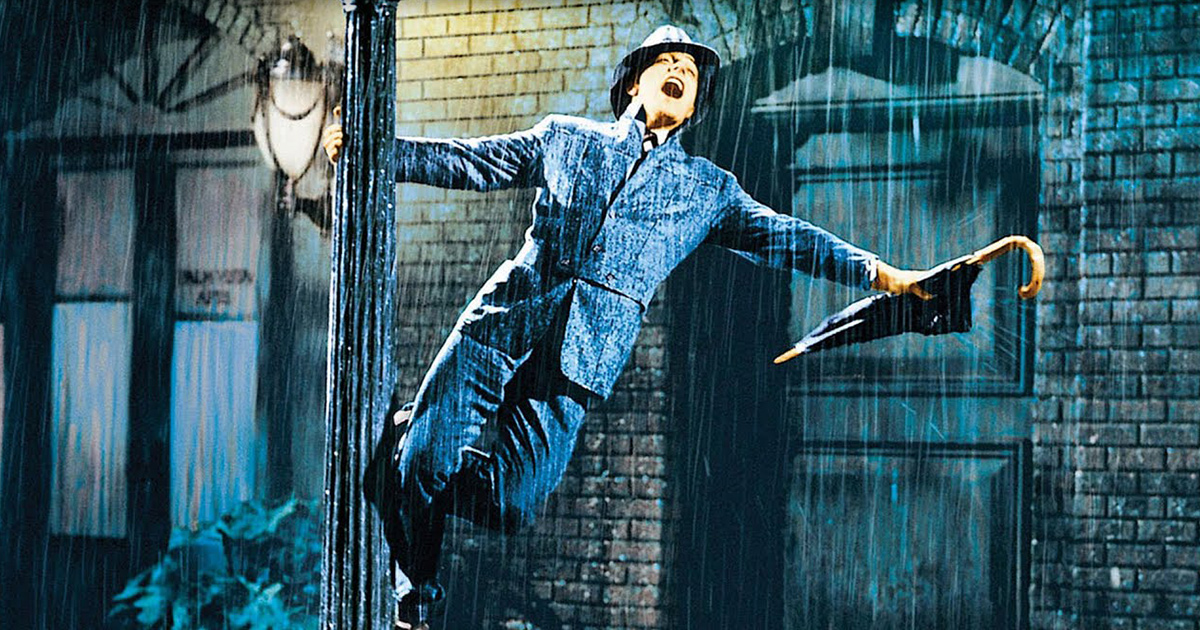 ‘Singin’ In The Rain’ is one of Hollywood’s most iconic movies! The film immortalizes the transition of silent films to “talkies.” It’s the 1950s version of a RomCom and it is fabulous! The scene where the talented Gene Kelly performs the title number is in an impressive display of fantastic tap dancing, all while crooning of a catchy tune.

Gene Kelly taps and spins and seems utterly oblivious of the fact that he is soaking wet! He even forgoes the umbrella and uses it as a prop for dancing. I can’t imagine the talent it must have taken to do these long, complicated takes.

A couple of fun facts about this scene: the rain is not water, but milk! When they were shooting the scene, they initially used water, but it didn’t look very well on film – it was barely visible – so someone came up with using milk.

The policeman walking up at the end and not saying a word is priceless. Poor Gene Kelly walks away and hands off his umbrella to the next person, leaving every woman that’s been kissed goodnight wondering if we inspire this kind of artistry.

And since you’re here and in the mood for great musical performances, don’t miss this before you go:

Donald O’ Connor is always playing the sidekick, but he can dance as good as Gene Kelly. His comedic genius is legendary and will leave you laughing before you go:

It’s moments like 3:09 that remind me how O’Connor brought something different to the table while sharing the screen with Kelly. Two entertainers with distinct silhouettes, yet they’d never cast the other in their shadow.