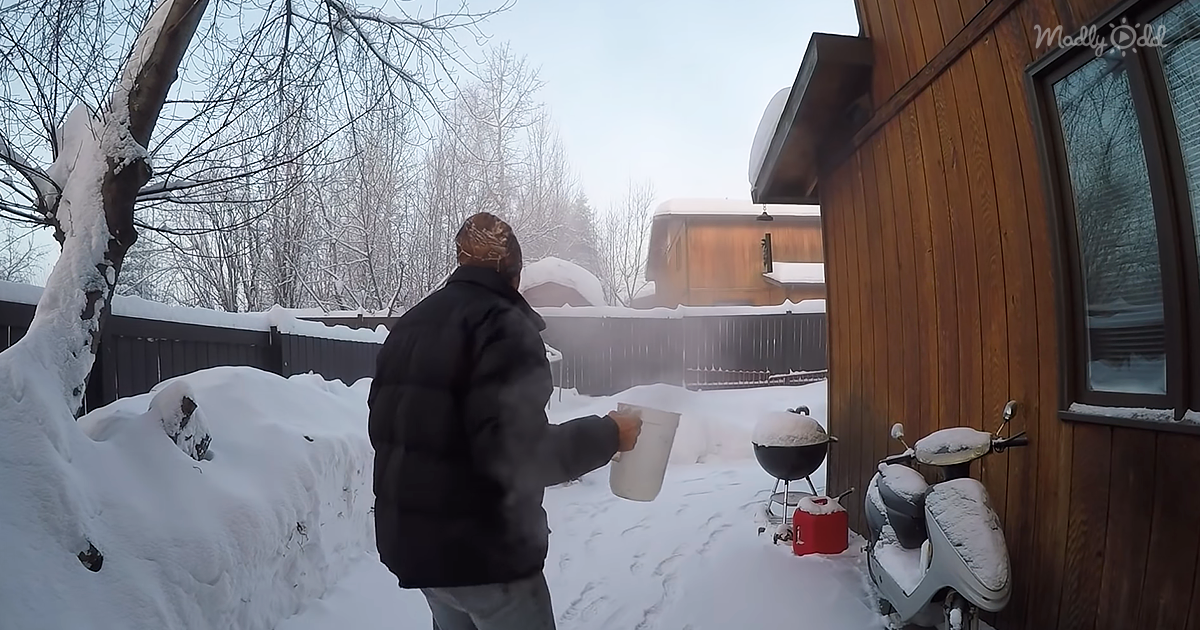 Alaska is one of the coldest inhabited places on earth, where temperatures go way beyond freezing. Alaska is a state of the US and is also known as “The Last Frontier” due to its location. The state has the North Pacific Ocean to the south of it, and the Arctic Ocean to the north.

One man living in Alaska was pondering on a fascinating idea and shared it with his Youtube Fans. He wonders what would happen to boiling water if it is thrown into the air on a freezing day when the outside temperature was at -52 degrees Fahrenheit. He goes into his house and brings a jug with boiling water in it. What happens next is breathtaking.

He has a jug of freshly boiled water, which he brings out of his home, stands away from his house, and flings the water into the air. The water changes color to white and forms a cloud that is grey and floats away into the sky. Luckily, his video contains slow-motion footage, which shows you exactly what happened. Be sure to watch it.