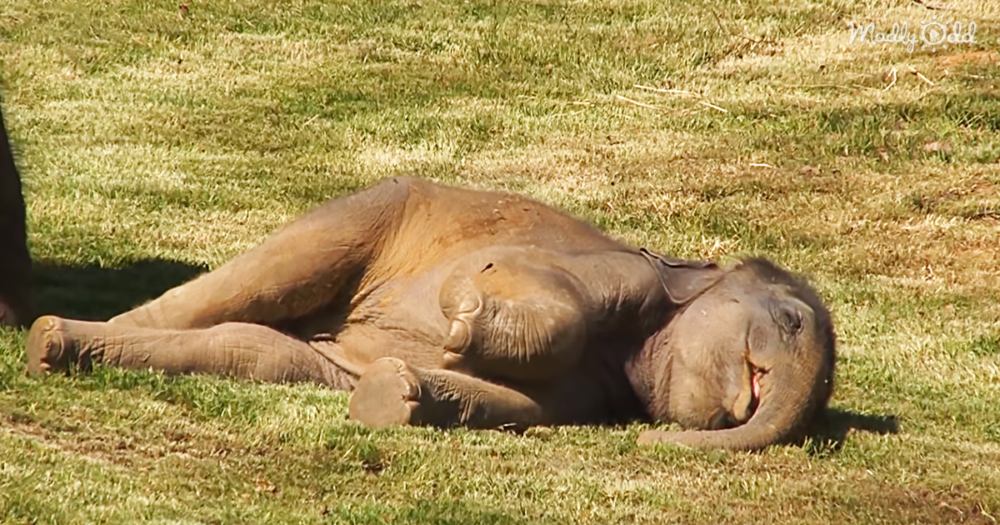 Maximilian is an adorable baby elephant who lives at the Prague Zoo. He’s his mom’s first baby and the first elephant born at the zoo in over 80 years. We aren’t sure who’s more proud, mom, or the zoo staff.

It took a lot of effort to set up the zoo’s “Elephant Valley” habitat and find residents for it. According to the director of the Prague Zoo, Miroslav Bobek, “The baby was born in the Elephant Valley, which was opened in 2013. We would not have been able to say these words if the founder had not enabled us to build the Elephant Valley, if the Czech diplomats, headed by Miloslav Stasek, had not helped us get female elephants from Sri Lanka, and, above all, if our team of elephant breeders, led by Pavel Brandl and Jiri Javurek, had not been able to choose and adhere to the right methods of working with elephants.” 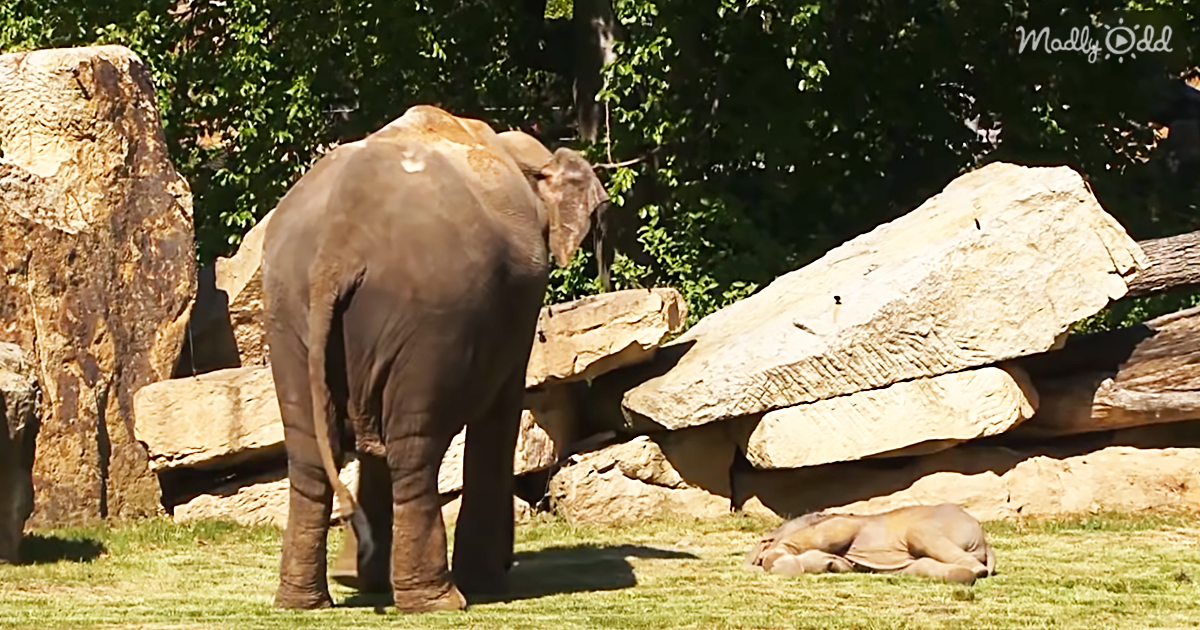 One fine day, little Maximilian was determined to sleep in. He was just lying there on the grass, twitching occasionally. Presumably, he was dreaming about something fun or tasty — we know that elephants dream, although what they dream about remains a mystery. His mom, Janita decided it was well past time for her calf to get a start on his day, so she went over and used her trunk to say, “Hey, kid, it’s time to wake up!”

But Maximilian wouldn’t budge. Mom quickly started to get nervous, and as her stress level mounted, the zookeepers decided it was time to lend a hand. All it takes are a few gentle nudges to Maximilian’s lower back from the zookeeper to make him finally wake up and spring to his feet. 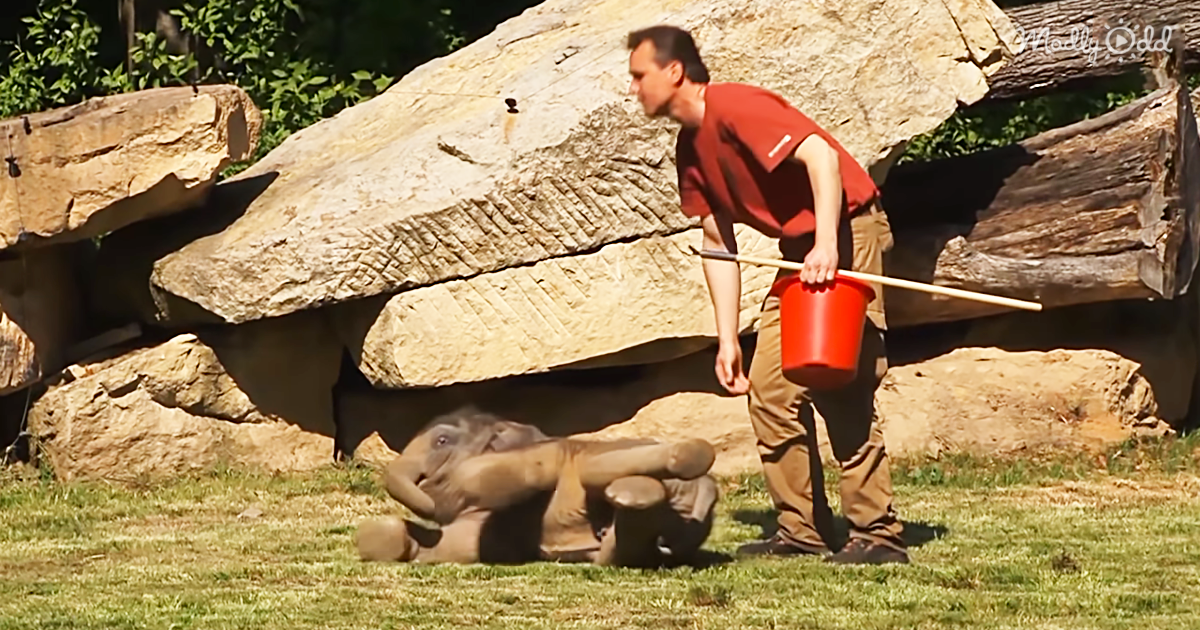 As you’ll see in the video we’ve posted below, the really cute thing is the way the little elephant dashes over to his mom. Wasn’t it funny, the way the intrepid zookeeper helped get little Maximilian woken up? 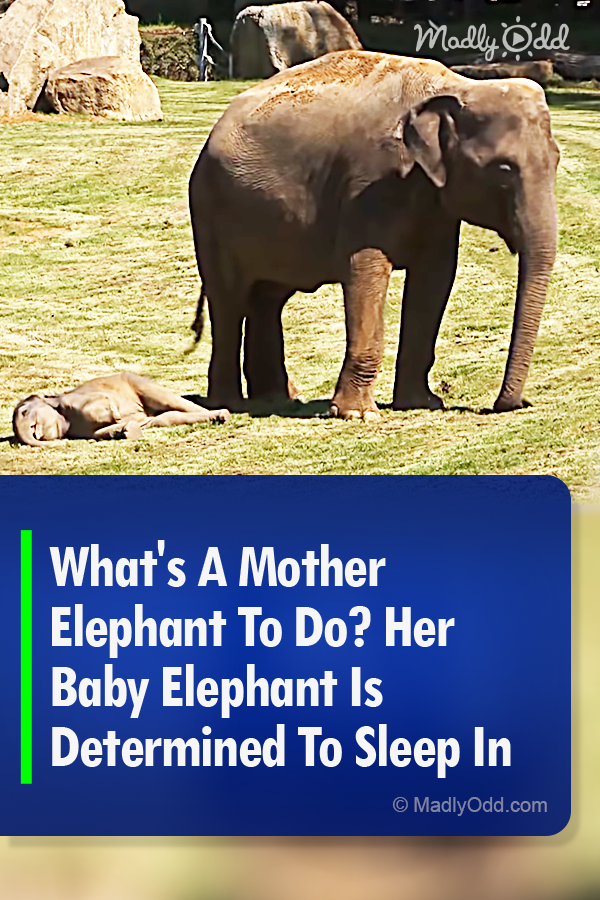