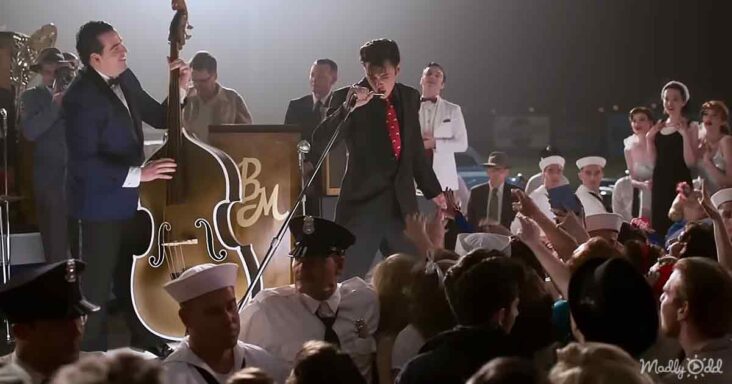 Elvis Presley was one of the most electrifying performers in history. His singing and dancing would surely break the internet if he debuted today. His incredible life has been chronicled in the movie ‘Elvis,’ featuring Austin Butler. 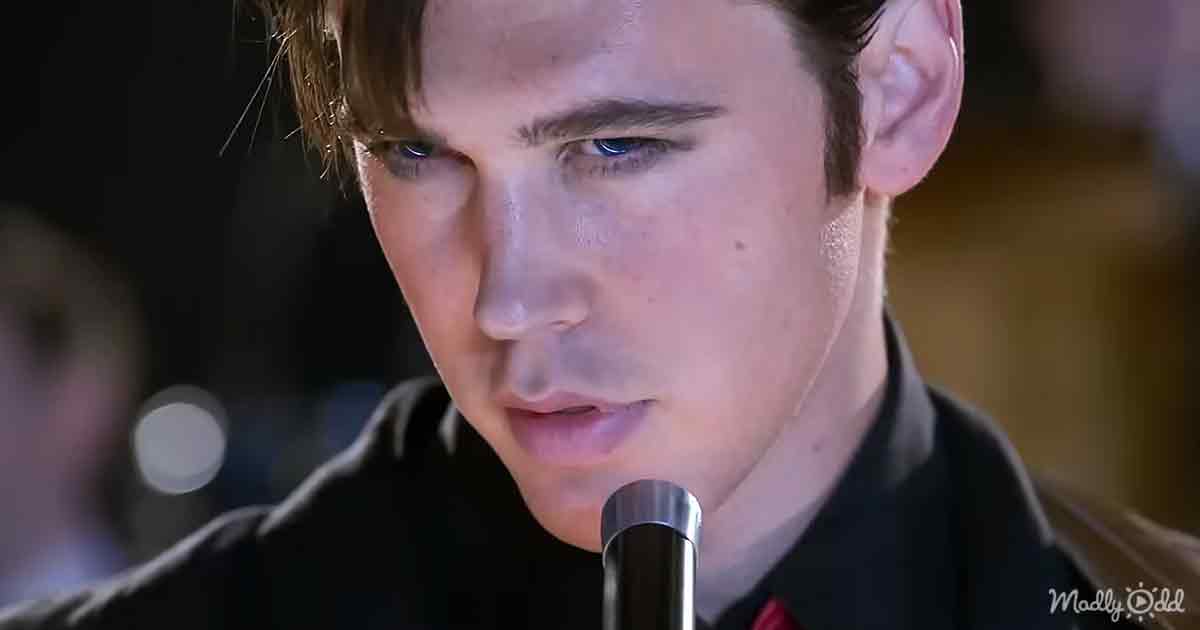 One of the most interesting scenes in the film involves Elvis’ performance at Russwood Park. He performed the show with tons of other artists to benefit charity. As a door prize, he gave away a $600 gold ring with his initials set in 14 diamonds.

Elvis told the crowd at the start of his set, ‘You know those people in New York are not going to change me none. I’m going to show you what the real Elvis is like tonight!’ 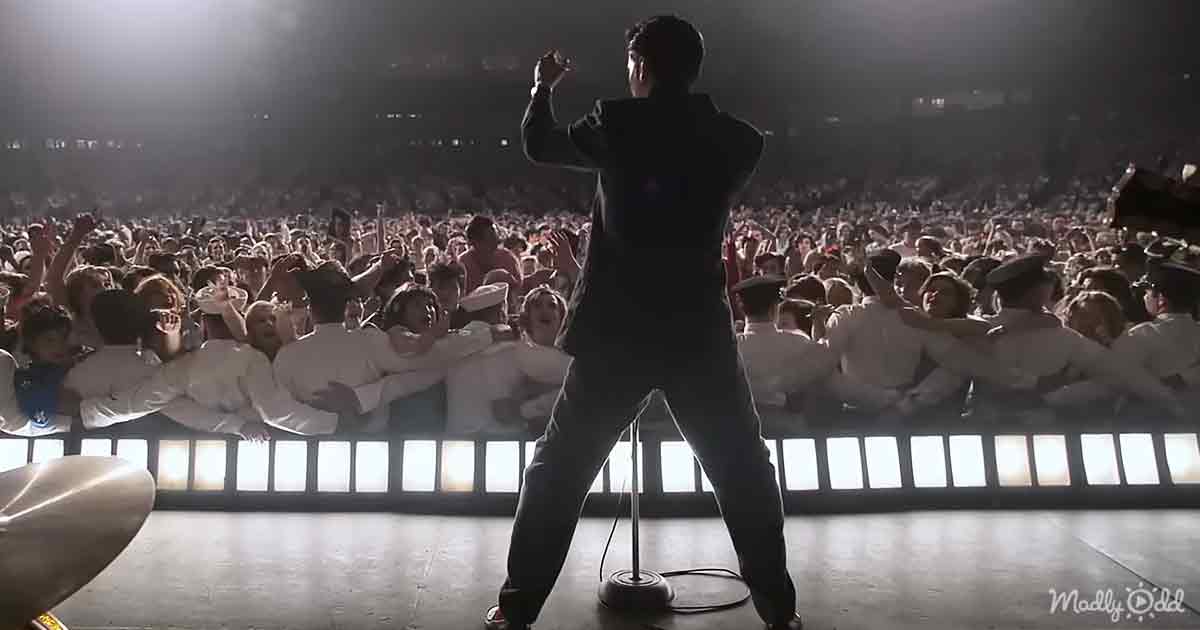 He performed his hits’ Heartbreak Hotel,’ ‘Blue Suede Shoes,’ ‘Long Tall Sally,’ and ‘Hound Dog.’ The song featured in the film is called ‘Trouble.’ According to the movie’s director and star, Austin Butler, all the young Elvis singing was performed by Austin himself.

Austin put in tremendous hours of work to replicate the legendary vocals of Elvis. He said, ‘When I began the process, I set out to get my voice to be identical. That instills fear. So, that got the fire burning.’ 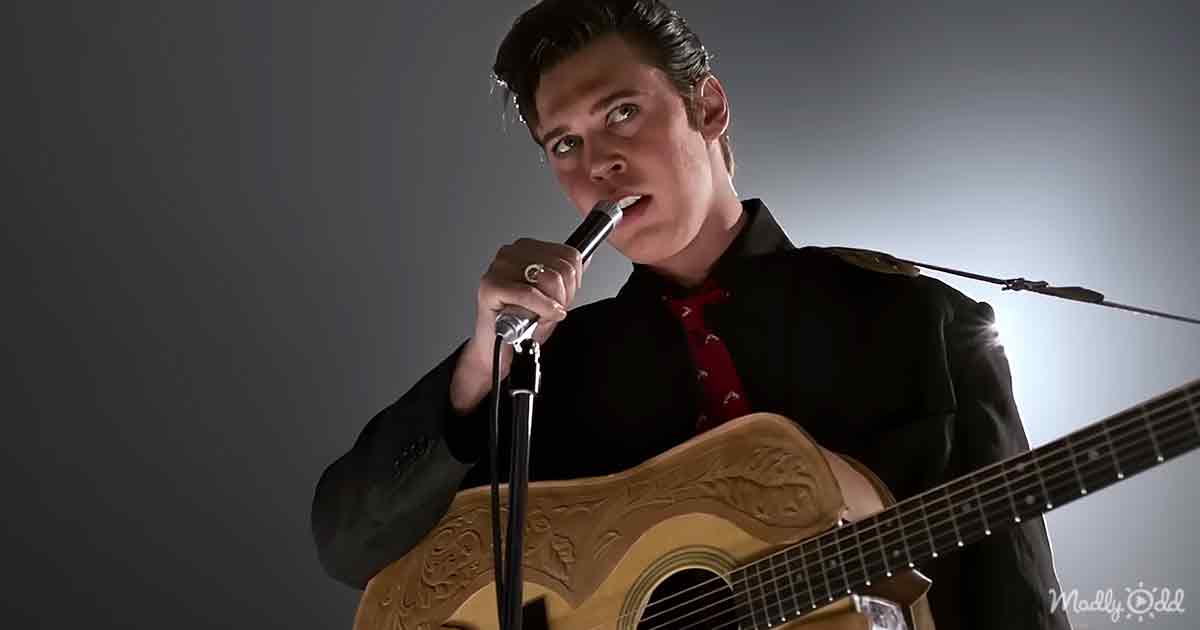 Austin, playing Elvis, was dressed in an all-black suit, just like the King during this performance. He paired the dark suit with a red tie and red socks. As he sang, girls pushed forward in the crowd to get closer to him while screaming and reaching out their hands.

Fans even surrounded the car Elvis arrived and departed in. It was complete mayhem whenever Elvis took the stage. The movie captures the craziness of the fans and the fantastic singing and dancing of Elvis. 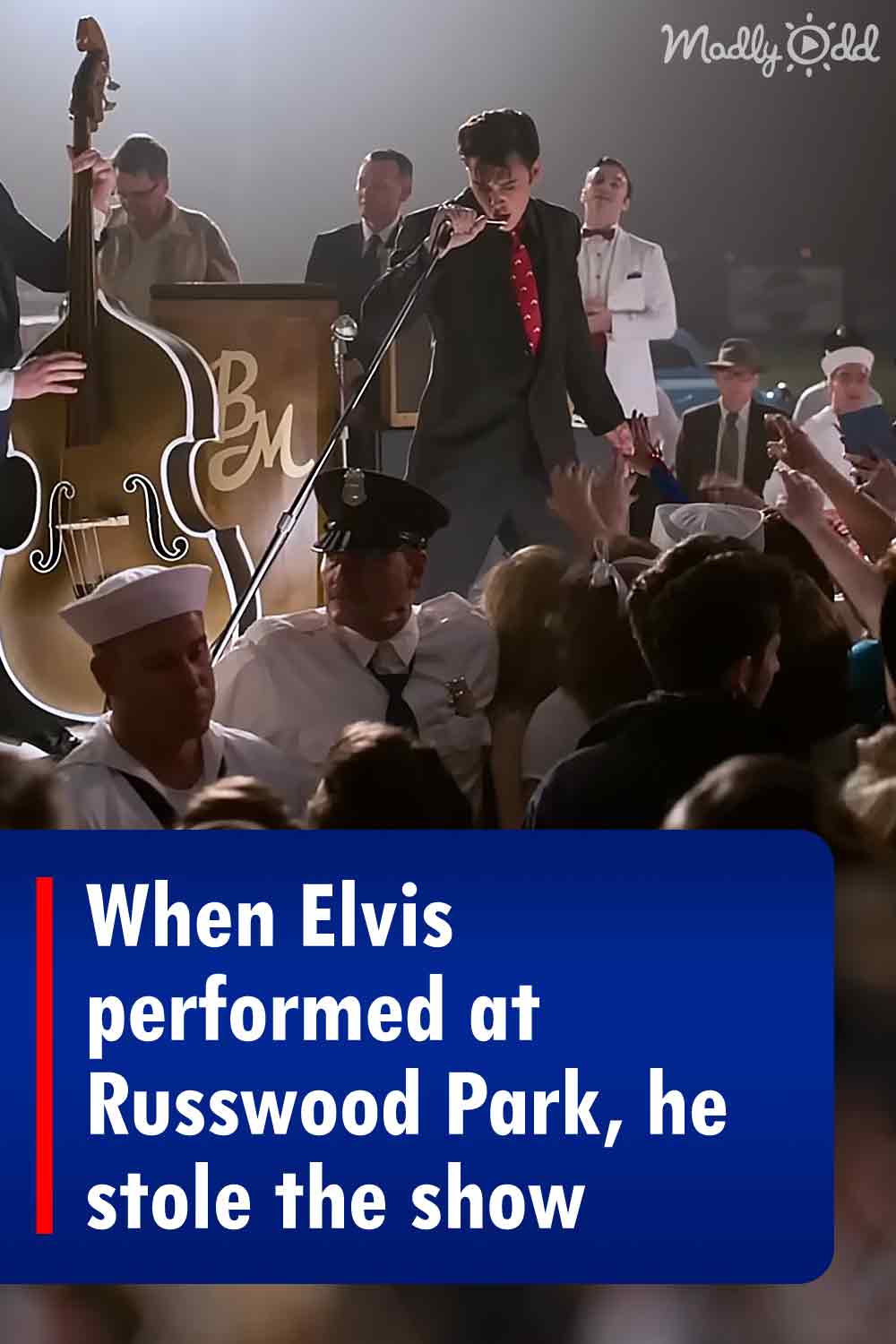