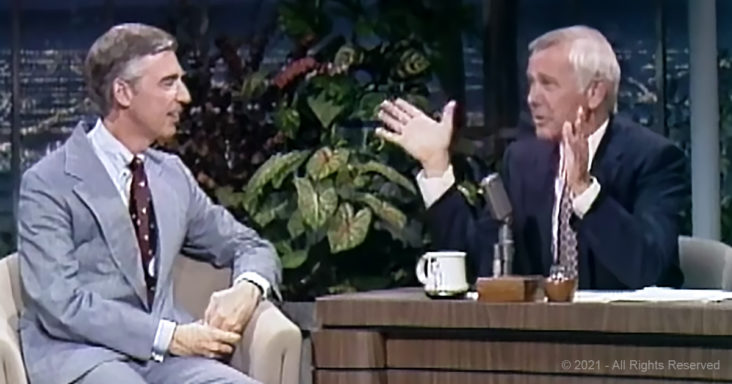 Mr. Rogers makes his first appearance on The Tonight Show with Johnny Carson and impresses the audience as only he can.

When Fred Rogers made his first appearance on The Tonight Show with Johnny Carson, the audience initially laughed at everything Mr. Rogers was saying.

Even today, it is hard to believe that somebody could be that sincere, that thoughtful, and kind – but that was exactly what Fred Rogers brought to the Tonight Show set. 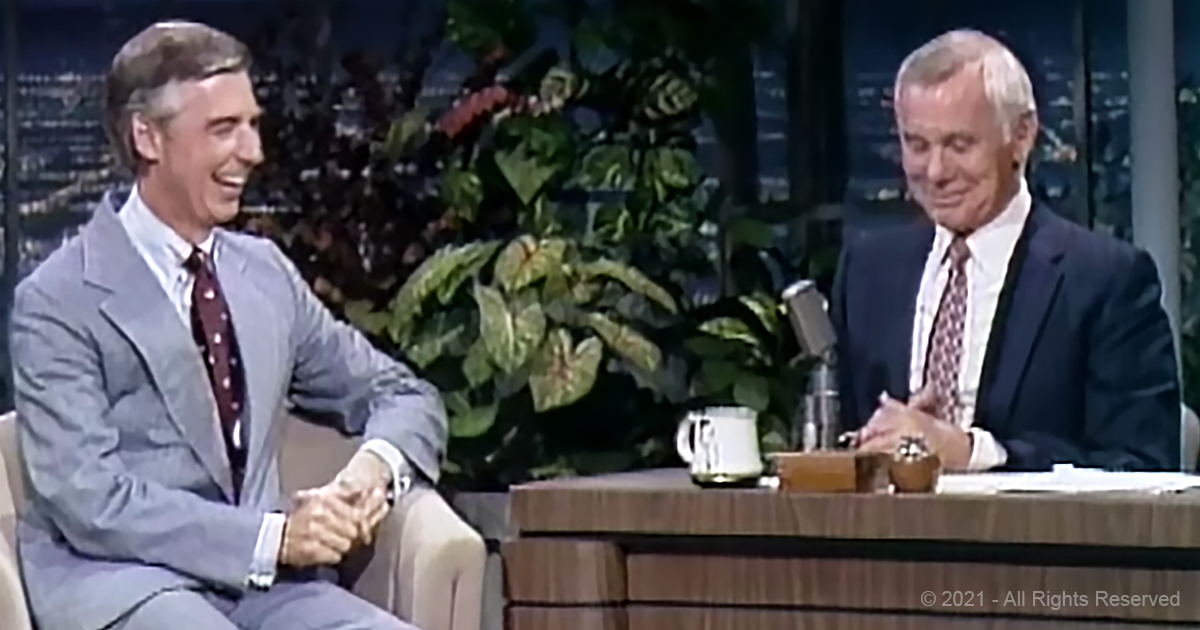 Johnny Carson is up to the task, showing his now legendary ability to lead interviews with anyone, and to get the best out of the moment.

It was a beautiful exchange between two beloved television icons, and it will stand the test of time as one of the great appearances in the history of the Tonight Show.