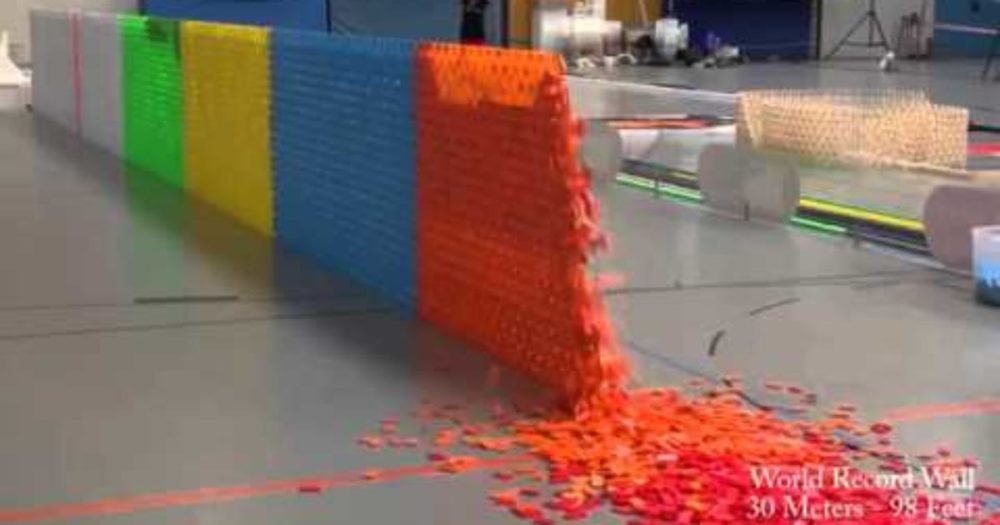 It may be a tedious job to setup the dominoes for a perfect show. But when you see the dominoes show itself, no one can help but be charmed by it. Take a look at this world record breaking domino show in the video below. You won’t be able to take your eyes off. It showcases the important parts of the world, from China to America and other countries.

This video features the 2013’s best domino show which broke two world records at the same time. The show which used 128,000 domino set up at a basketball court of a school enthralled every onlooker. In the video, we can see the school students cheering as the dominoes topped other dominoes one after another and creating the series of enchanting show for everyone. 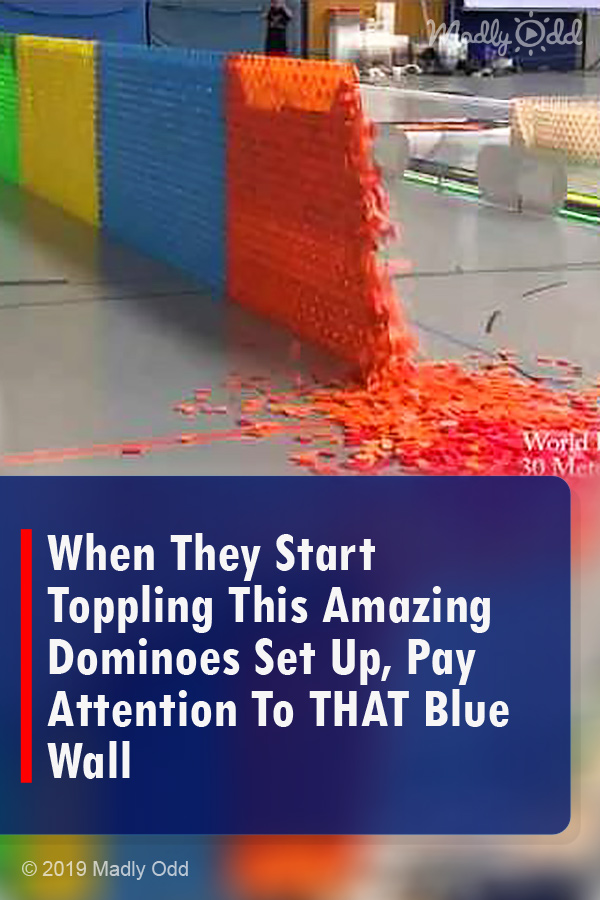