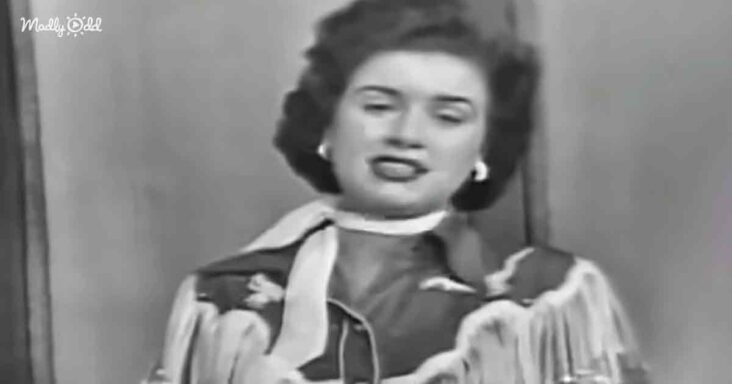 Patsy Cline is a celebrated American female vocalist who took the country by storm with massive hits. Her very first TV appearance was on the ‘Grand Ole’ Opry’ in 1955. 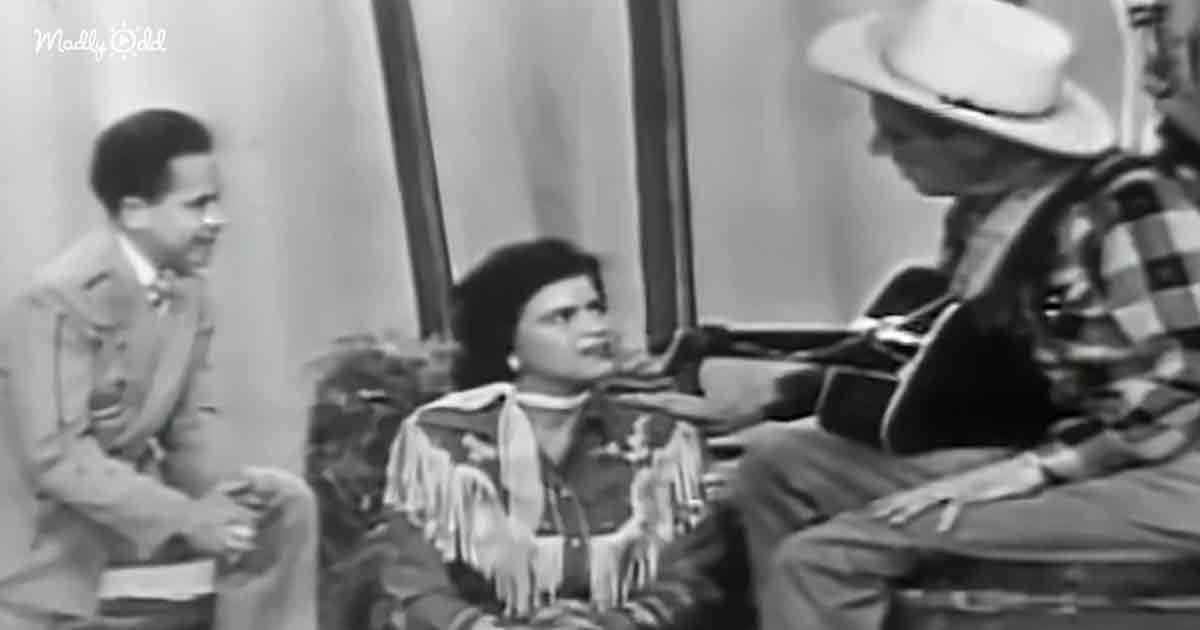 Host ‘Little Jimmy Dickens’ walks over to guitarist Ernest Tubb and asks who he’s sitting next to. Ernest says, ‘She’s from Virginia. She’s a recording artist from the Coral people, and her name is Patsy Cline.’ Ernest brags on Patsy and asks her to introduce her voice to the public.

She sits on a hay bail next to Ernest and starts to sing ‘A Church, A Courtroom and Then Goodbye’ as the band plays her accompaniment. Patsy sings the 1st verse, ‘The first scene was the church, then the altar where we claimed each other, with tears of joy we cried. Our friends wished us luck there forever as we walked from the church, side by side.’ 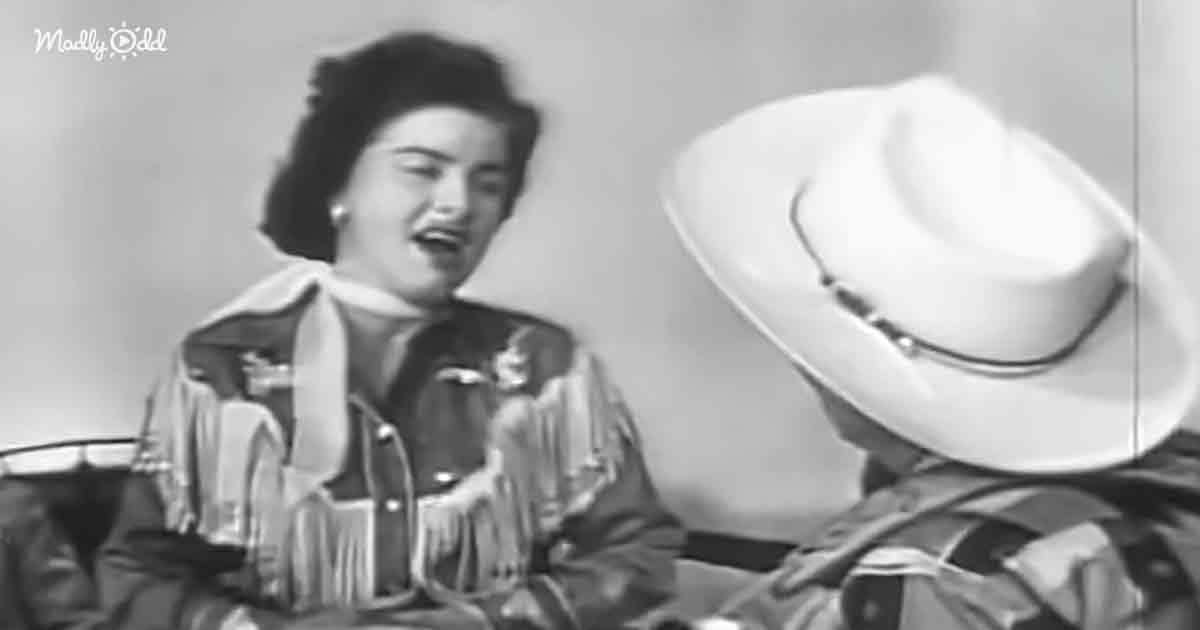 Then, she stands up, looks into the camera, and starts singing about the courtroom. Patsy sings, ‘The next scene was a crowded courtroom, and like strangers, we sat side by side. Then I heard the judge make his decision, and no longer we were man and wife.’

She walks over to Jimmy and puts her hand on his arm as he sits in a rocking chair, and she sings directly to him with a sad look on her face. Ernest, Jimmy, and the crowd applaud Patsy as she finishes, and she smiles in acknowledgment. 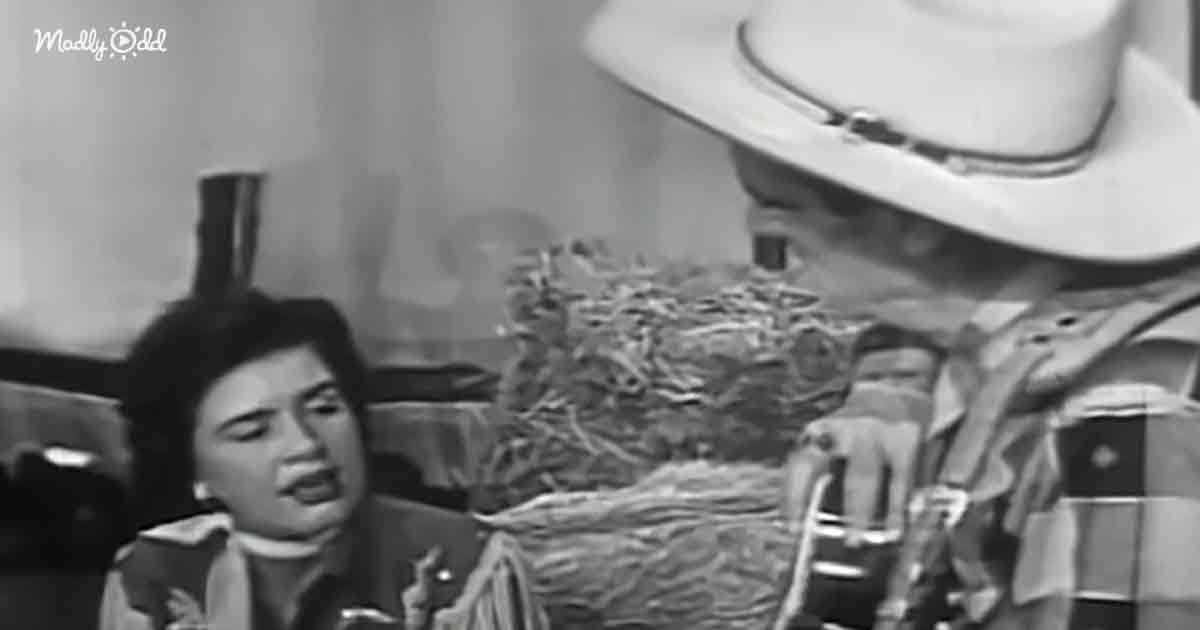 Patsy Cline’s first recording in 1955 was this very song she performed at the ‘Grand Ole Opry.’ Her future included massive hits like ‘I Fall to Pieces’ and ‘Crazy.’ Unfortunately, Patsy’s career was cut short when she perished in a plane crash in 1963.

Patsy left her mark on American music history with her incredible country voice and emotional delivery. She is an icon for female vocalists, and her ‘Greatest Hits’ album sold over 10 million copies decades after her passing. Patsy Cline remains an amazing inspiration to singers everywhere.