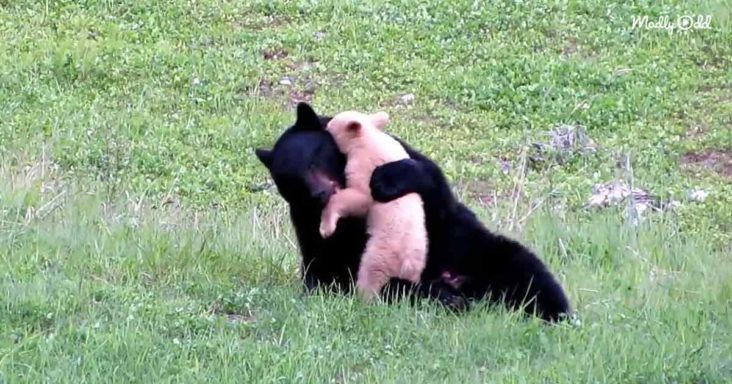 Recently, a 5-month-old cub with cream-colored fur was spotted roaming around with his black mama bear. Arthur De Jong, an environmental planning manager, captured the rare moment, apart from being a wildlife enthusiast. 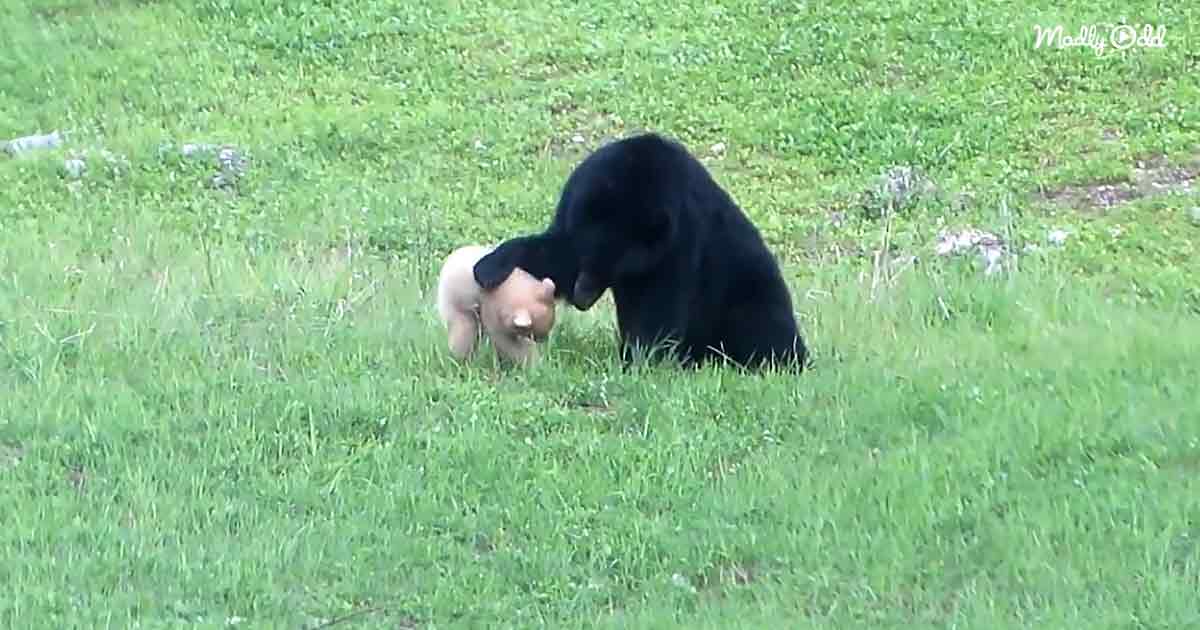 The mother bear and the cub played in the Whistler-Blackcomb Mountains in British Columbia, Canada. The scientists are yet to find out if this was an albino bear or a normal one.

Some scientists believed that the little one was a spirit bear. But, whatever the outcome, one thing was for sure. This was related to a genetic mutation affecting the pigmentation of the bear cub’s fur. 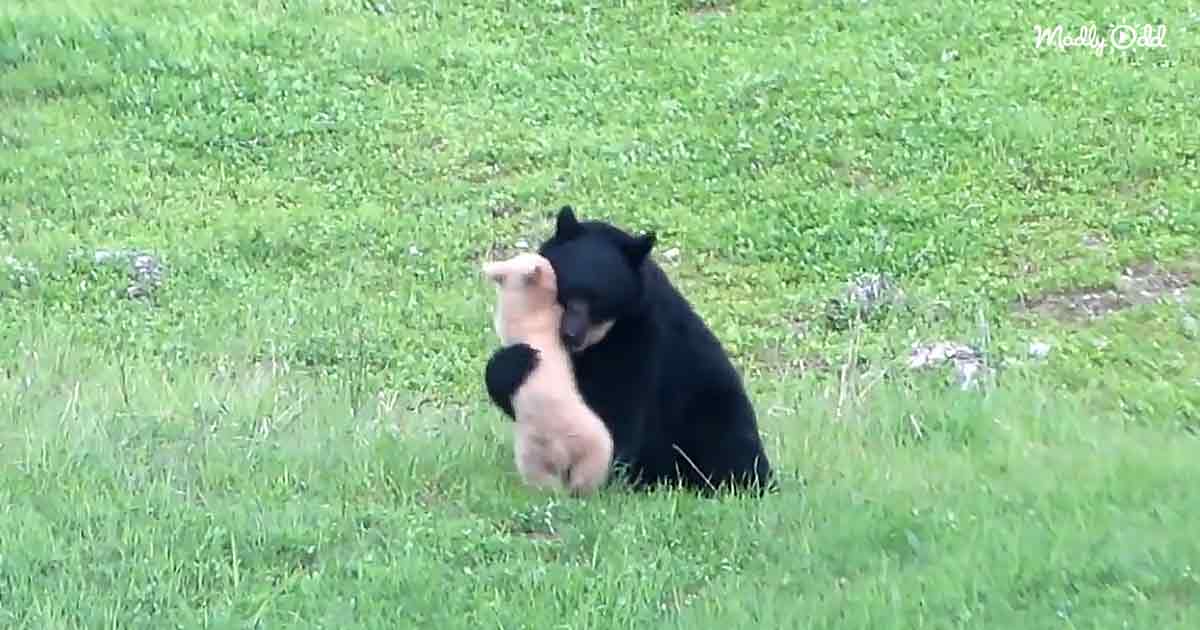 However, until the scientists investigated whether the cub’s eyes were pink, a common trait for albino cubs, they couldn’t confirm anything. The fur of the baby bear’s body had a light caramel sheen to his body.

Jong stated that he had spoken to several bear experts about the color of the fur, and they have told him that it was because of the recessive genes of both the parents. 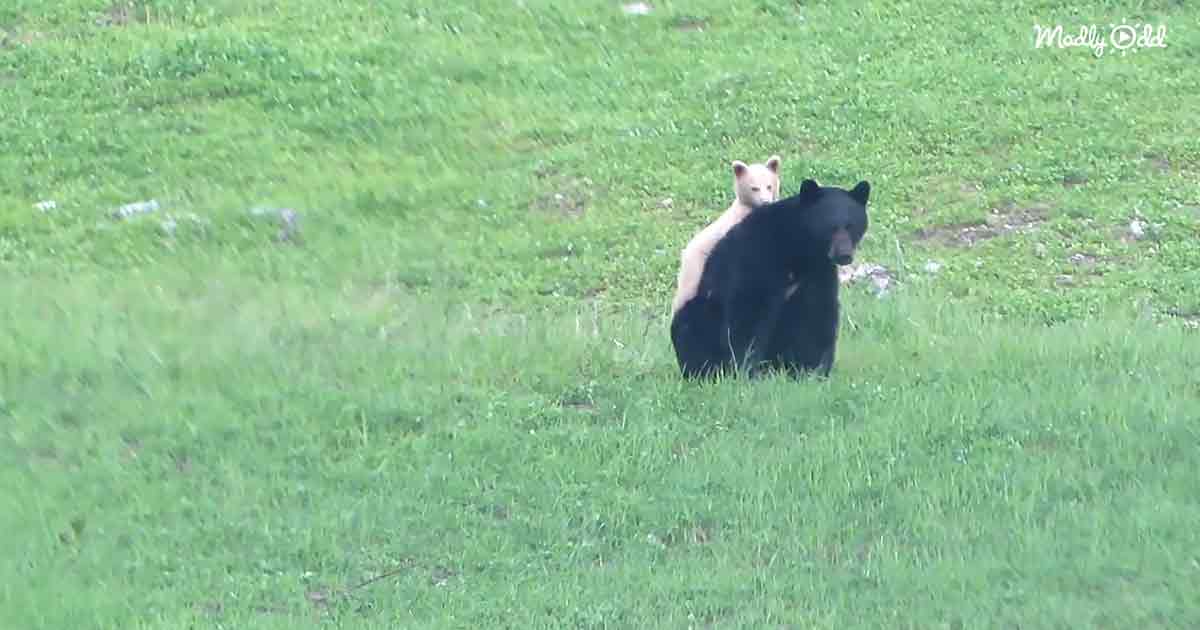 The mama bear could be found playing gently with her cub and held the baby in her arms to try and stop his shenanigans. But the cute little one was in no mood to stop. The white bear had been named lovingly by the onlookers as Pukaloosh.

Michael Allen, also known as the Whistler bear expert, said that Pukaloosh, the white bear cub, was the first he found in the area in his 23 years of career. A cub usually follows his mother for one or two years, so the 5-month-old bear cub would be following his mother for some more time.