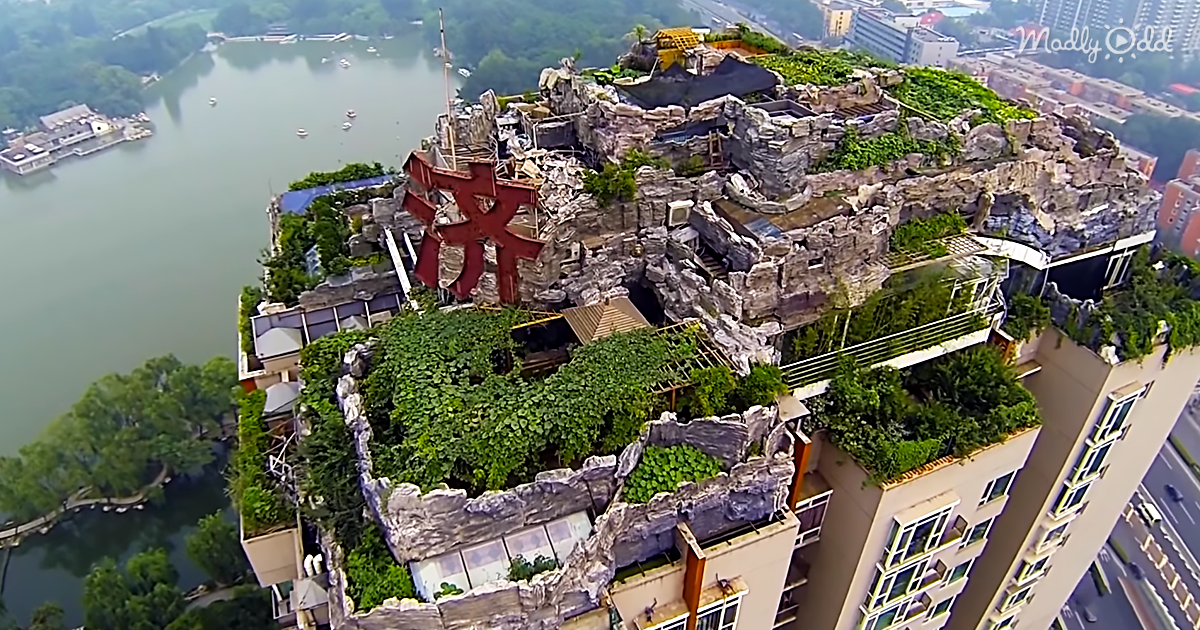 Residents of one highrise apartment building in Beijing, China reported strange cracks in their walls. When they sent a drone to see what was happening on top of the building, they found a secret mountain retreat built on the roof.

For six years, someone had been building a mountain on top of a skyscraper in downtown Beijing, and no one noticed. They did notice how the walls of the apartment building were cracking however, so they sent a drone pilot to investigate.

What he found was extraordinary: A man-made mountain complete with its own reservoir and vineyard. It appears that the owner of the penthouse decided his city views weren’t spectacular enough, so he decided to add onto the property. Eventually, it was dismantled by the city.