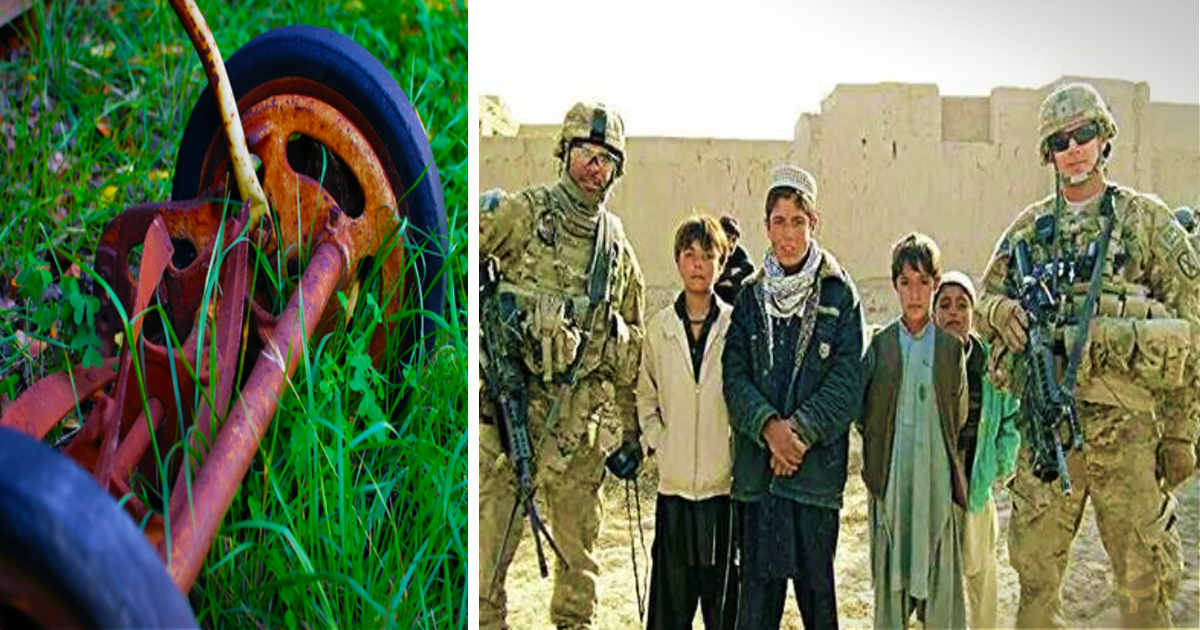 As anyone who knows a veteran could tell you, returning to normal civilian life after serving in the armed forces can be difficult, especially for veterans who were in combat overseas. Beyond any hurdles put up by physical wounds, returning veterans often have to deal with psychological wounds. These can include, depression, extreme anxiety, a sense of alienation, and even full-blown post-traumatic stress disorder (PTSD).

Combat engineer Christopher Garrett was out on a mission in Afghanistan one night when he was shot in the stomach. Although he survived, he was eventually discharged from the armed services on medical grounds, with a 100% disabled rating. Nevertheless, Garrett hoped to lead as normal a life as possible once he got home.

Garrett’s injuries made doing simple tasks that most of us take for granted a lot more difficult and sometimes painful. Mowing the lawn was a real trial, not least because he was using one of those old-fashioned push mowers (no engine, just human muscle). Mowing the lawn nineteenth century style is exhausting if you’re in perfect health, so just imagine doing it if you were a disabled veteran!

One day, Garrett’s wife Brittany looked out the window and saw her husband standing there in tears. She dashed out to see what was wrong. Nothing at all! A kind but anonymous person in the neighborhood went out and purchased a brand-new John Deere riding mower and left it there as a present for Garrett and his family. This kind stranger also left a note: “I hope this saves time for the things that matter most in your life. Thank you for your service and for my freedom. Sincerely, A grateful American.”

What did you think of this amazing act of generosity and gratitude? Let us know in the comments at Facebook. Be sure to like and share: that’s one way to pay tribute to the brave men and women who have risked all to serve the country.