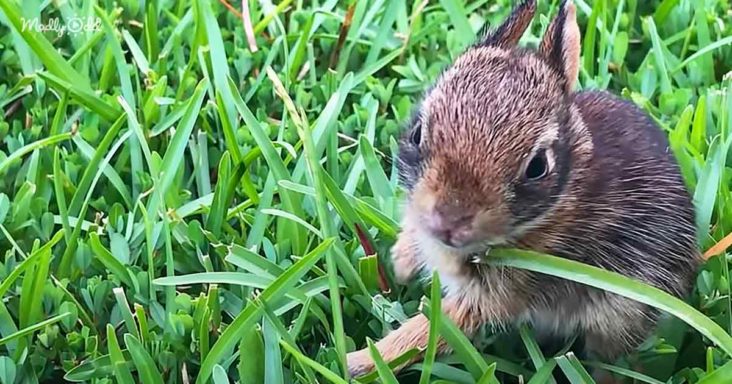 Jessica found something moving in her backyard. At first, she thought that the little one was a squirrel. But later she found out that she was a bunny. The baby rabbit had a few scratches on her body. 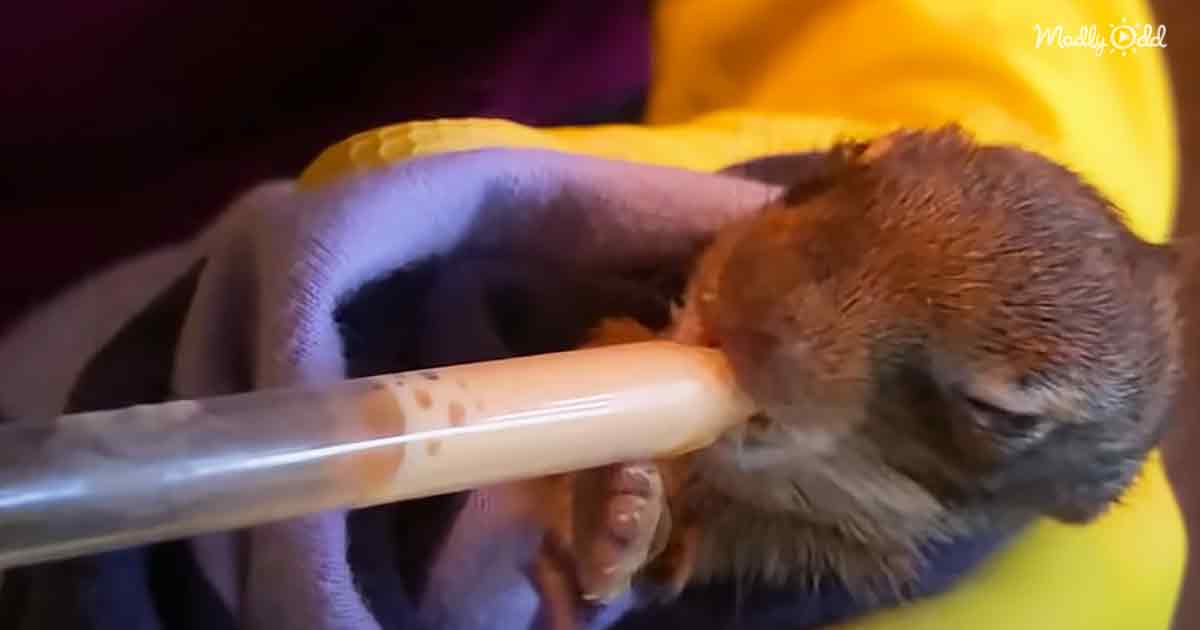 After searching for a while, Jessica was able to find the bunny’s nest. So, she just put the little one back in the nest. But the mother never returned. Since she looked very frail, the kind woman brought the baby rabbit home.

Jessica did a lot of research and found out that cat milk was perfect for a baby rabbit. So she fed the little creature four times a day. Jessica had trouble sleeping the whole time as she thought the bunny would not make it.

Within a few months, the baby rabbit’s condition improved. Jessica started to get some confidence that the little one would survive. Then, as the bunny slowly started to grow, her ears popped out. She began to look really cute.

The bunny started moving around a bit more. Now the little rabbit was running around the floor and around the furniture. The newborn rabbit would run to Jessica as if she was a dog. 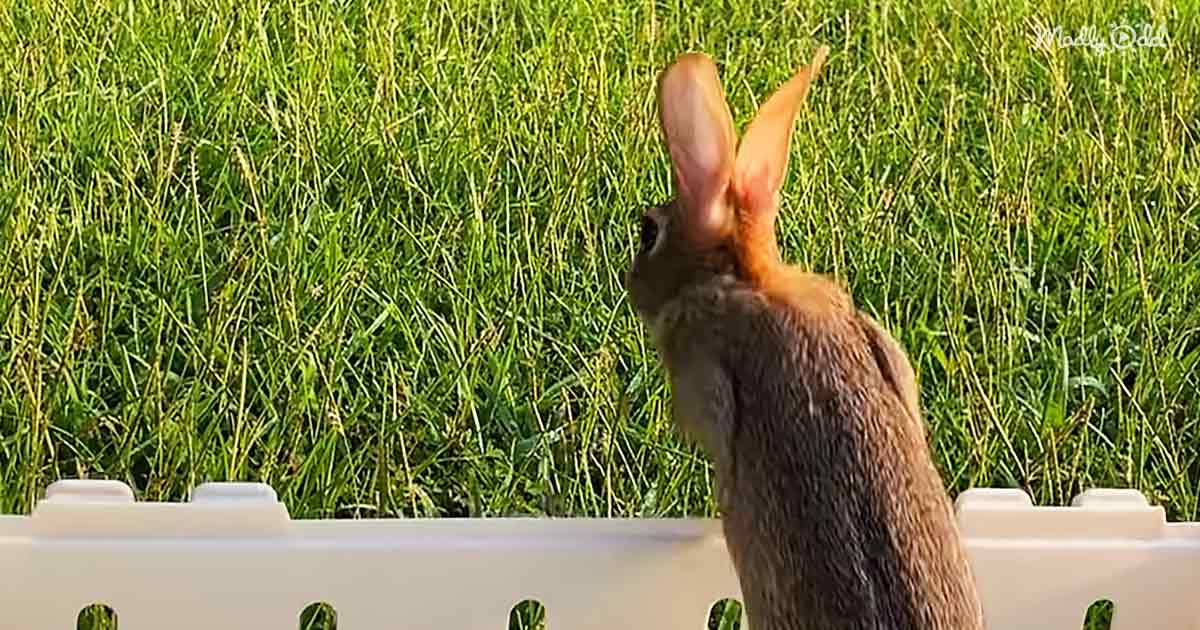 The little one also loved getting fed by her rescuer. It was gratifying watching her grow up day by day. However, Jessica knew that she had to let the rabbit go when she grew up.

When it was time for the rabbit to leave, Jessica started to keep the door to the backyard open and let the little animal roam around. At first, she was reluctant, but with time the rabbit began to like staying in the wild and eventually went back to her natural habitat. It was a bitter-sweet moment for her. However, she was happy that she could save the little bunny’s life.