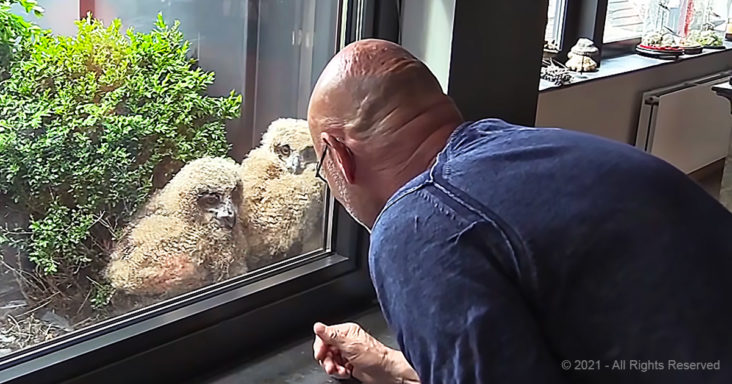 Wildlife has been taking back their environment since the first-day humans started building around them. It’s not unusual for birds to build their nests on the side of homes, and even owls can be found doing just that.

A man named Jos Baart reached out to Vroege Vogels when he discovered a nest sitting right outside his window. Baart had originally placed a planter there, but it looks like a particular critter had a different use for the nest-like area.

Europe’s largest owl, the eagle owl, has decided to use the window planter as her nest. If that wasn’t shocking enough, Jos was able to see how the healthy babies hatched.

Eagle owls look like a mixture of a great-horned owl and a sheep. They’re fluffy, grey, and absolutely adorable. The mama even sits outside Jos’ window and greets him each day. 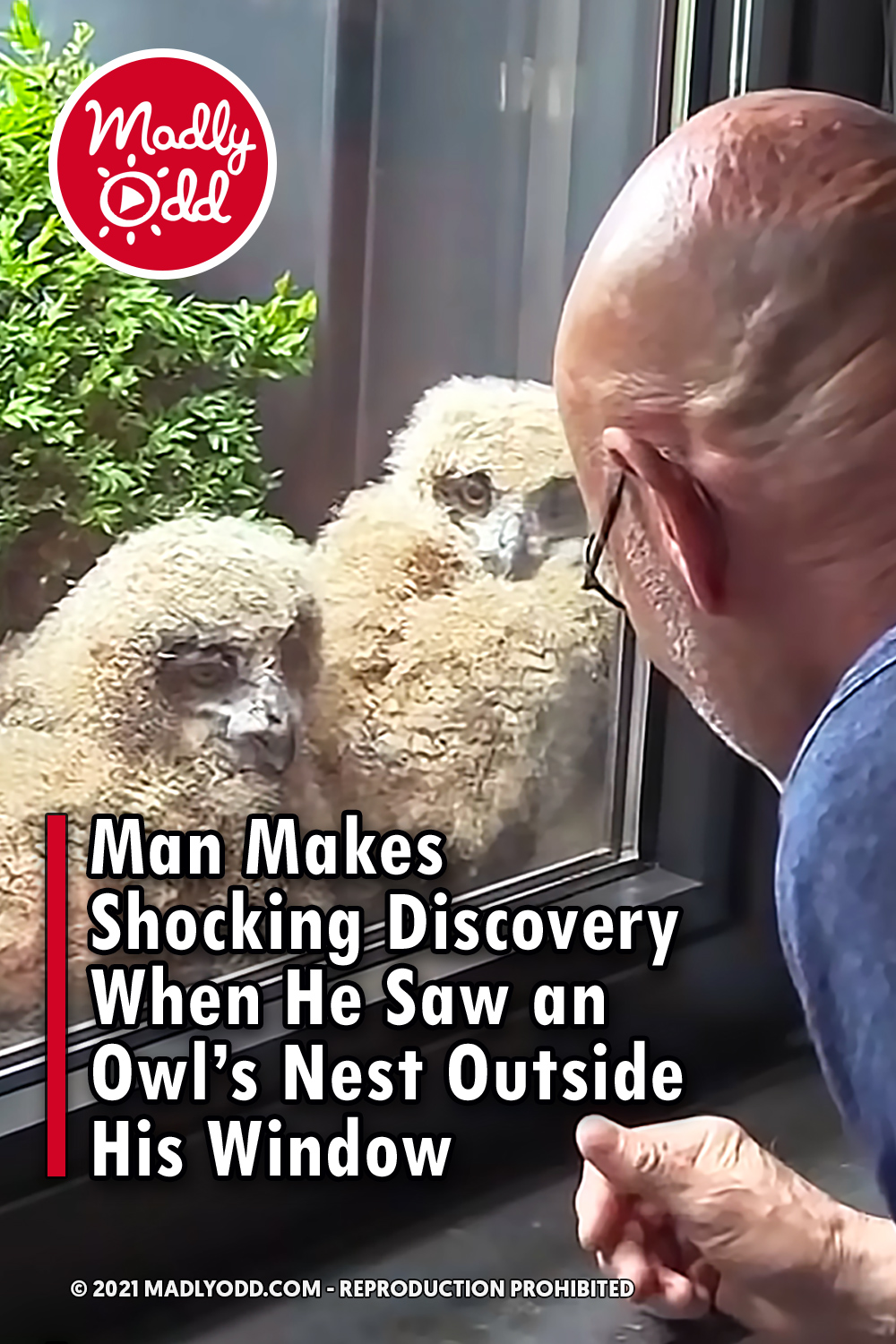