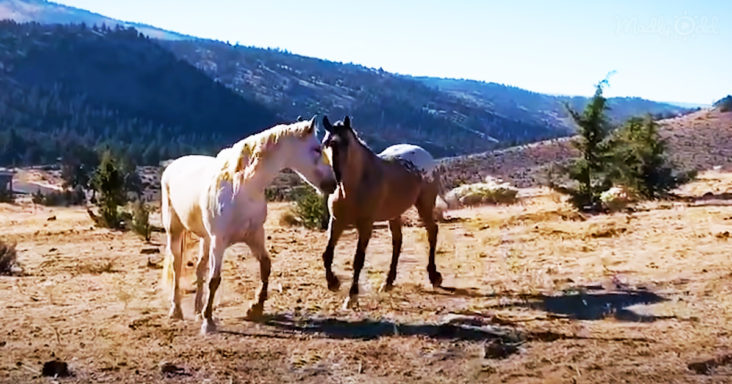 A big trailer door was opened and a horse came running out. The wild horse’s name is Phoenix. He laid on the ground and rolled around while sniffing the air.

A woman adopted him after seeing a photo of Phoenix jumping over a barrier, she had never seen anything like it. She wanted to give him his freedom.

It was a whole year until she adopted him, she also tried to find his girlfriend but was unable to track her down. There were other horses for him to make friends with, but he was always a little standoffish. 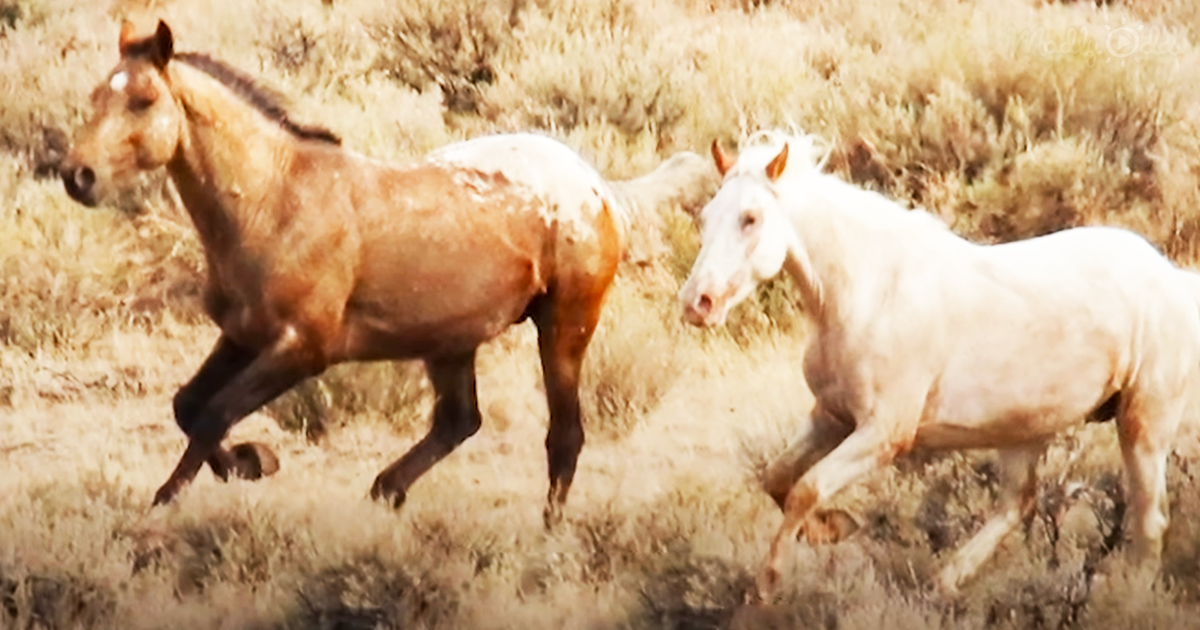 The woman was sad that Phoenix was separated from his family, but she couldn’t find them. Phoenix could have run away a long time ago, but he wanted to be with his family.

A few months passed and the woman received a picture of a mare that looked just like Phoenix’s girlfriend. She compared the picture she had of her and slowly realized she had finally found her.

It was around two years after being separated from his girlfriend that Phoenix was reunited with her. She called her Ghost because it was like seeing a ghost after two years.

Upon being reunited they bent into each other’s necks and took each other in. Phoenix and Ghost spent their time together as if they had never been apart all those years.