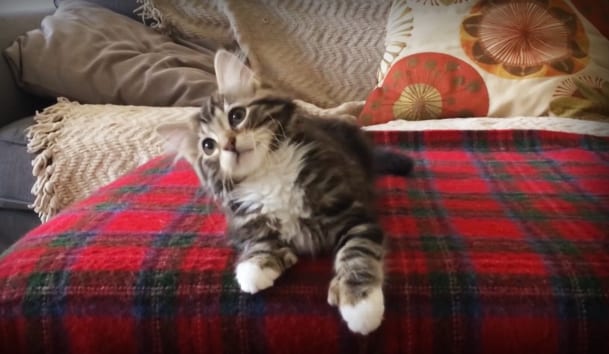 If you don’t like the song “Uptown Funk” by Bruno Mars and Mark Ronson, life is difficult for you. The hit song seems to be everywhere: it’s a catchy tune that people just love dancing to. And not just people, either. Even cats can’t stop themselves from dancing to this beat.

“Uptown Funk” is one of the biggest hits of the 2010s. The British record producer Mark Ronson and American singer Bruno Mars worked on it for months, weaving together everything from elements of Trinidadian rap to popular music from the 1980s and Minnesota funk.

Indeed, Slate Magazine called it a “brazen return to the electro-funk of the early ’80s.” Rolling Stone remarked that the song’s creators “channel the days when brags weren’t humble and disco wasn’t retro,” and added, “Mars’ voice keeps things light and bubbly though, making Uptown Funk the kind of song you’ll be unable to escape on the radio in a matter of days.”

The song was number one on the Billboard Top 100 chart for a whopping 14 consecutive weeks and became one of the best-selling singles ever. It’s won two Grammy awards and the music video has over 2.75 billion, that’s billion with a b, views on YouTube.

Even this kitten can’t resist that viral beat. Winnie is an adorable tabby kitten who can’t get enough “Uptown Funk.” When the song starts playing, this kitten busts out the moves, bobbing her head and then when things really get going, she throws in some paw moves. When Bruno belts out, “I’m so hot,” this kitten really seems inspired.

We’ve posted this funny and very cute video for you below. After you’ve seen it, you’ll understand why it has 6 million views and counting. Seeing Winnie’s exuberant dancing may well have you on your feet getting your funk on!

Love it when a cat dances to the beat? Have any stories about pets with the gift of music appreciation? Let’s hear all about ’em in the comments on Pinterest. Be sure to like and share: everyone likes a dancing kitten.