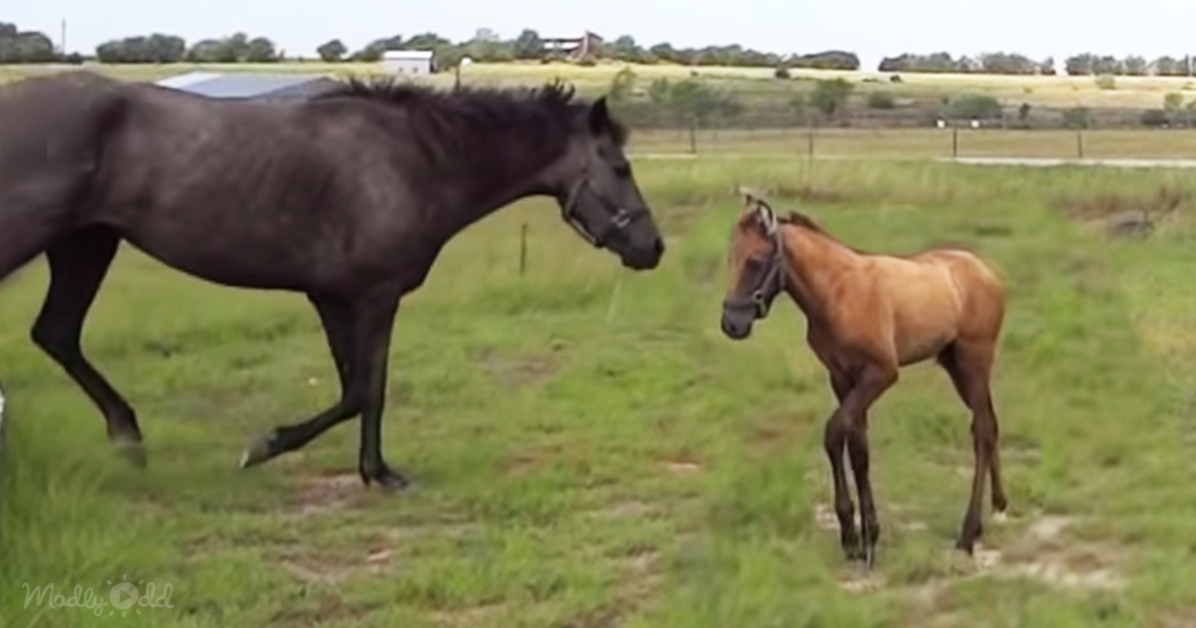 Sometimes in life, you just cannot figure out how to attack a task until you receive a helping hoof.

In this video, it is clear that the foal is stumped by a low wall. She paces back and forth baffled by the obstruction. Mom is off on the sidelines, patiently waiting to see if the foal can figure out the solution. 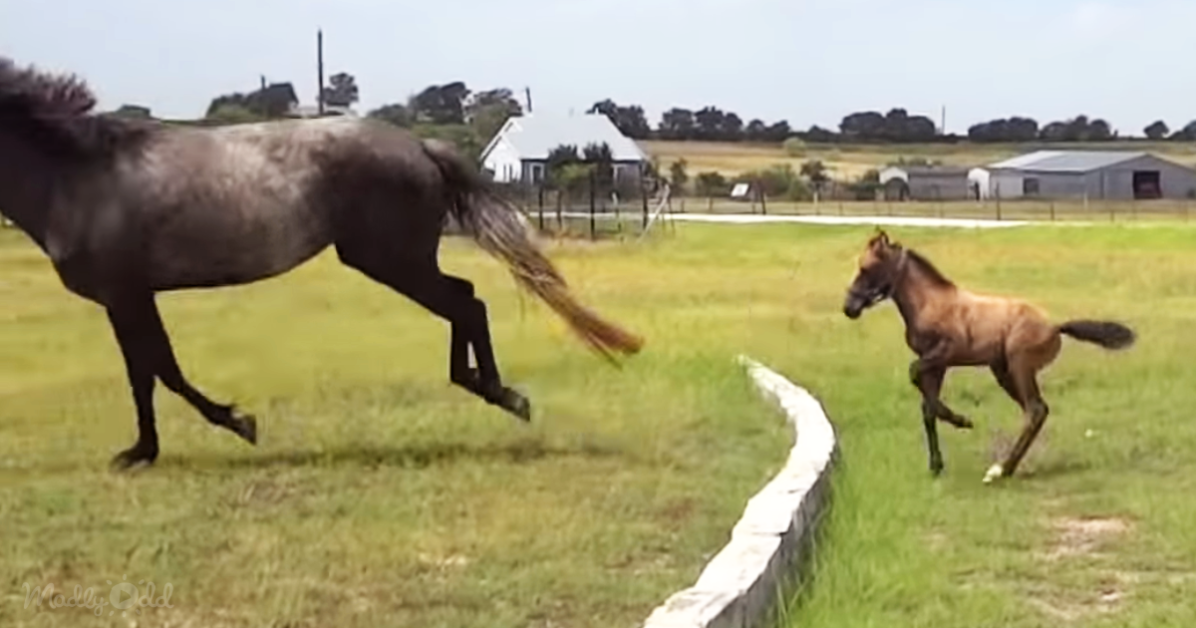 The mare had gone up the small wall, and the colt was daunted at the prospect. Mom came back and got him. She even showed him how to gather speed to make it up the wall. It was beautiful to watch.

Finally, Mom comes to the rescue only when the foal displays distress. This empathetic mother steps in and then leads the foal away to get a run at the problem. Once the foal is in motion to solve the issue, she accomplishes the task.

Now for any nitpickers out there (and I get you), we gotta say that a baby horse is called a foal, colt, or filly. A foal is a general term while colt is gender specific male and filly for females. A pony is a smaller bred of equine that is still called a pony into adult life. Baby ponies are also referred to as foals, colts, or fillies.

Would that every mother could be as wise as to when to step in for a lesson and then solve the problem quickly so that the foal overcomes her fear and conquers the issues herself. It is evident that these two have established a very special bond of trust. When the going gets tough, they face life’s problems together.

If this mare and her colt warmed your heart,  share their special moment because this proves the old adage true:  “Mom knows best.” 🐴