‘Jersey Boys’ is a hit musical that dramatized the story of the 1960s sensation ‘The Four Seasons.’ The stars of the show performed a medley of songs on ‘Let It Shine’ from ‘BBC One.’ 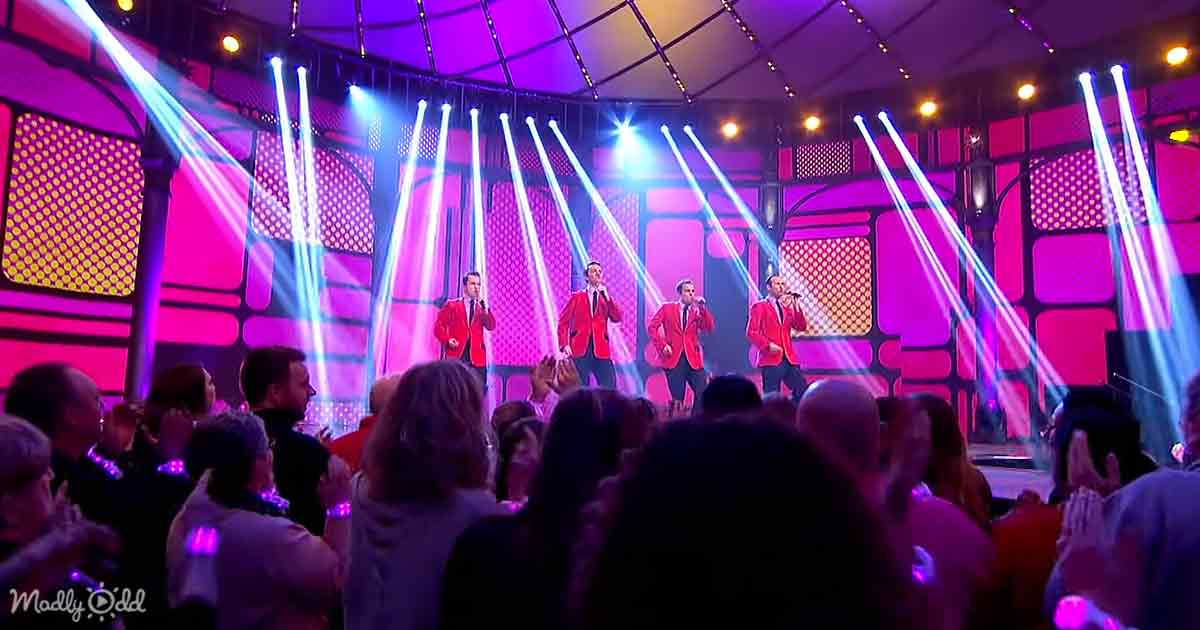 ‘Let It Shine’ was a British reality TV music show in search of young men to star in a new stage musical called ‘The Band.’ The exceptional performance started with four singers in red suit jackets, black pants, and ties.

With their slicked-back hair, the men sing the hit songs in perfect harmony, complete with fantastic dance moves. The crowd is on their feet, clapping from the very first note. 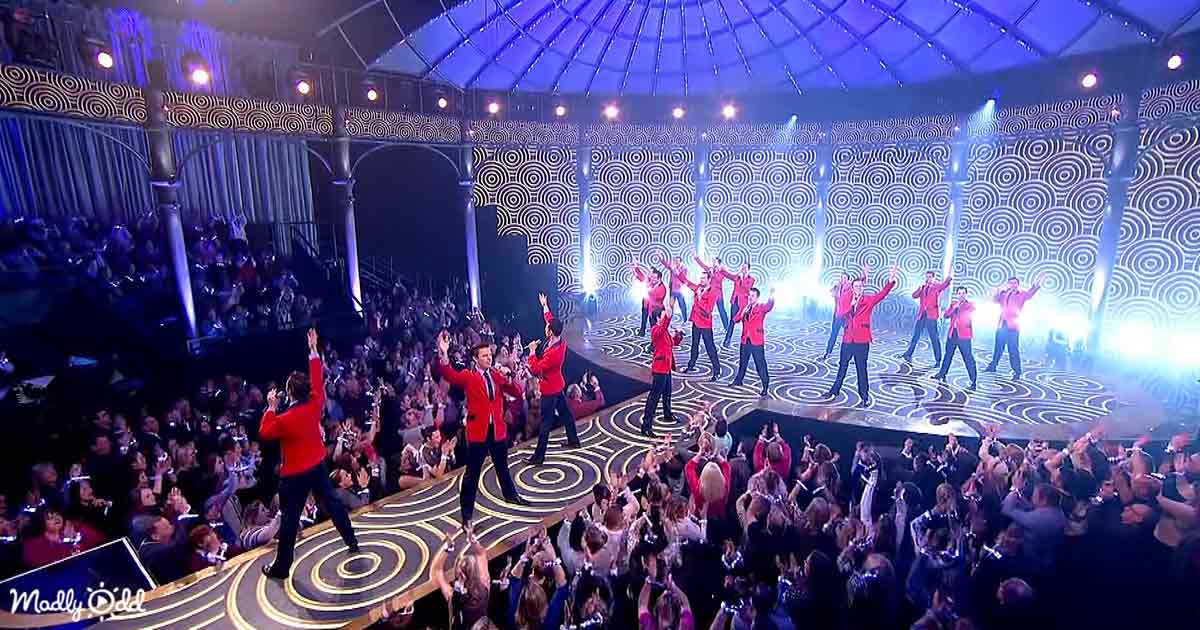 The four men sing the hit song ‘Sherry’ with big smiles on their faces. After their amazing performance, the music continues, and four different ‘Jersey Boys’ appear on stage to sing ‘Big Girls Don’t Cry.’

Then, four new singers appear in the same outfits higher on the stage platform to sing ‘Walk Like a Man.’ Then, all 16 of the ‘Jersey Boys’ join together on stage for one epic finale. 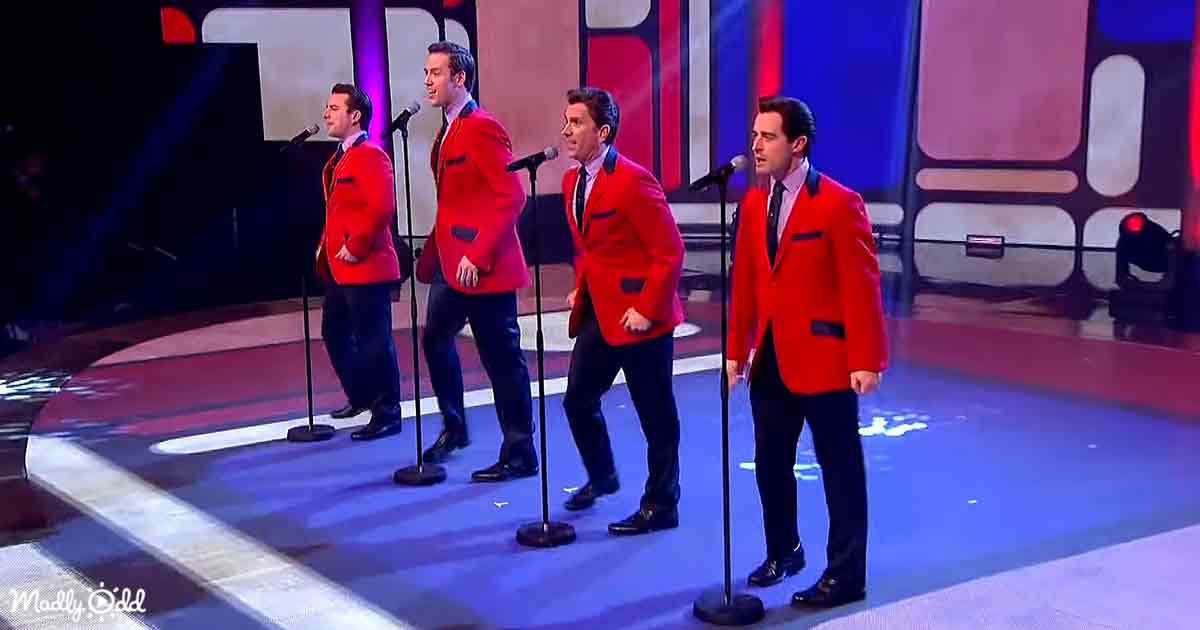 They sing and perform perfect choreography to the hit song ‘Oh What a Night.’ The classic dance song by ‘The Four Seasons’ electrifies the audience as the stage is filled with red suit jackets and 16 talented performers.

‘Jersey Boys’ won four Tony Awards in 2006, including one for Best Musical. The timeless music of ‘The Four Seasons’ lives on in this incredible performance from ‘Let It Shine.’