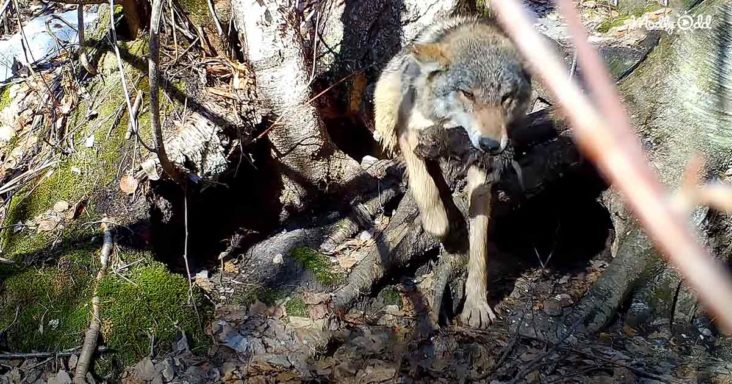 Mothers are God’s gift to babies. The love of a mother exists amongst all human beings and animals. As soon as a baby is born, animal mothers start caring for their young ones. 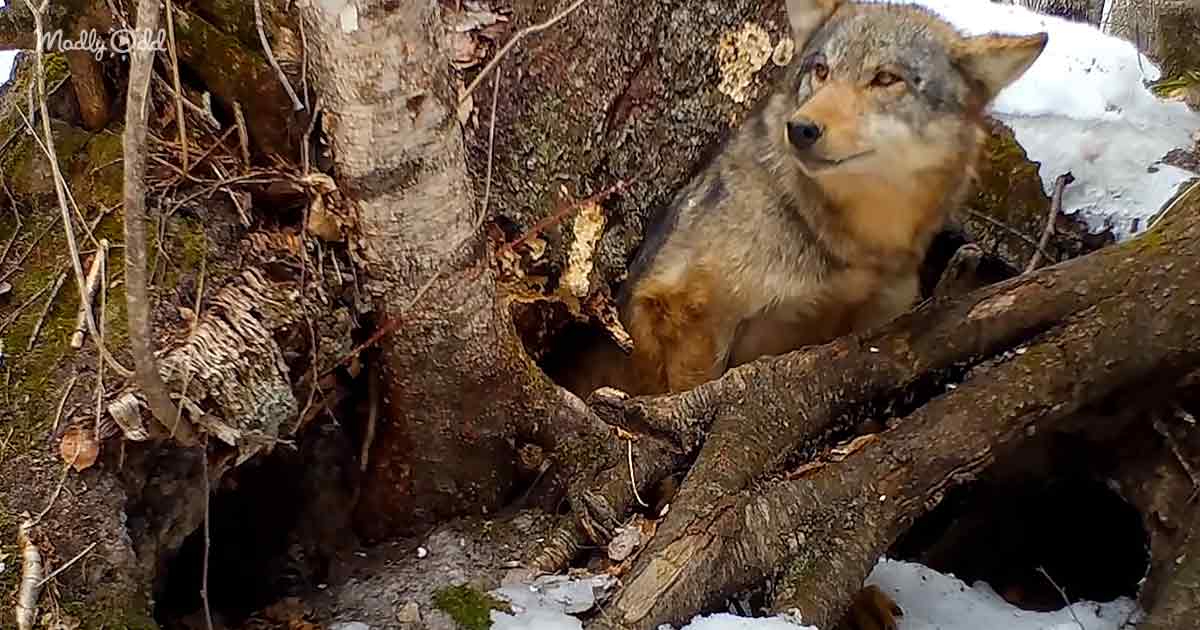 Recently, a mama wolf in Voyageurs National Park, Minnesota, was found saving her pups from drowning. 4-weeks before the wild animal gave birth, she searched for a safe place for her little ones to stay.

Soon, the pregnant wolf found a perfect den to give birth to her seven puppies. The little ones stayed safely hidden from the predators while the mother hunted for food. However, with the steadily rising temperature, the snow began to melt. 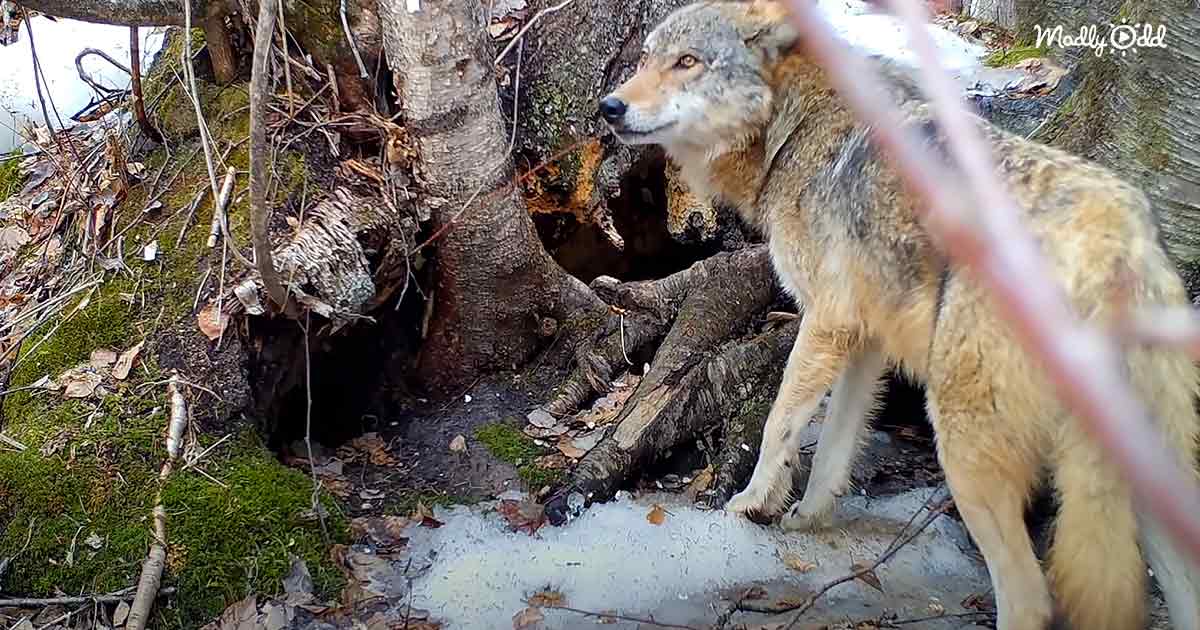 The once safe den had become a concern for the mother as her little wolf pups were in grave danger. In addition, the mama wolf’s den was now filled with water. Within two days, the whole cave was flooded.

The caring mama wolf decided to relocate her newborn babies. The reason was that she was now thoroughly soaked in water when inside the den. So the wild animal picked up her first pup and moved the tiny animal to a safe place. 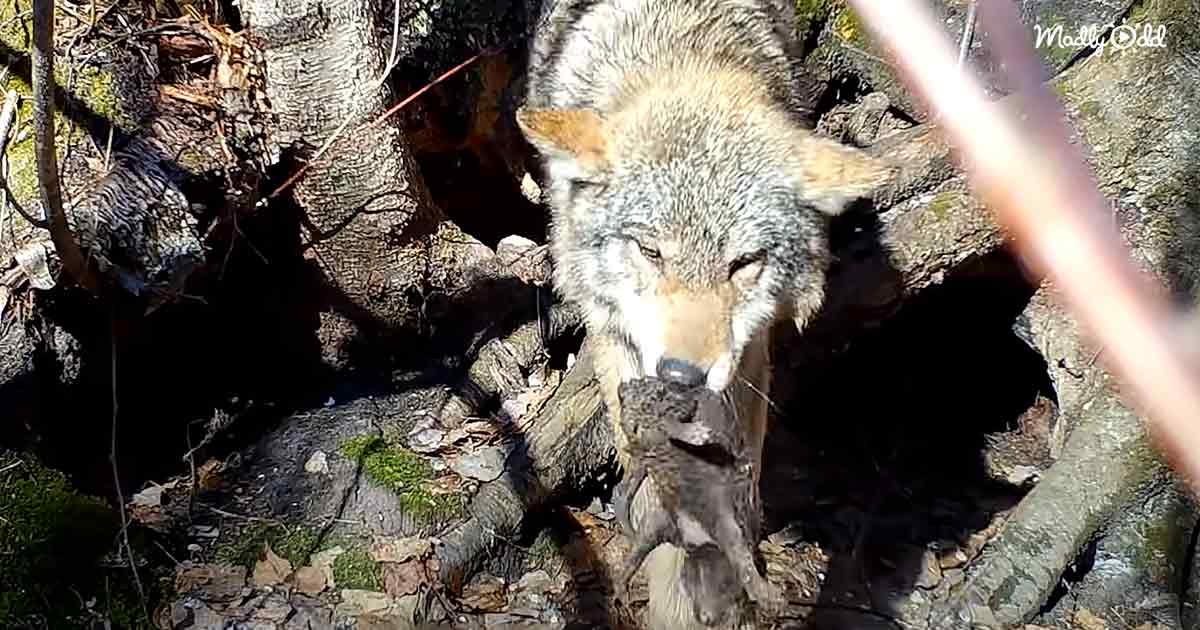 She took each of the seven pups, one at a time, out of the water-logged den and relocated them nearby for the time being. She was anxious to get all the pups out of the dangerous situation.

After she brought all her pups to a secure place, she ensured that she had got all her babies out of the flooded den. Then, after she was sure that she had rescued all her pups, she looked for a new cave for her family.