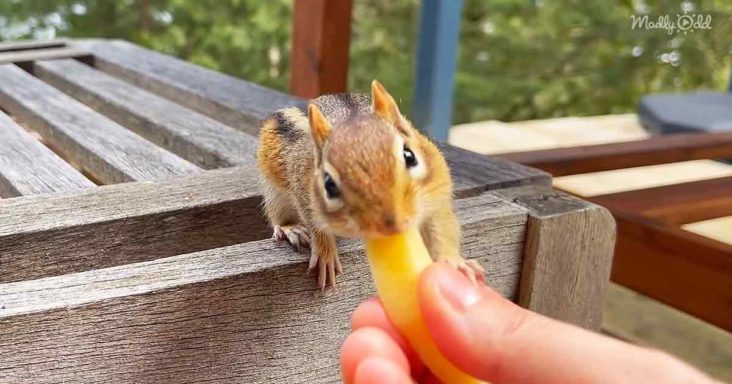 Getting to interact with the wildlife is a once in a while opportunity. However, some people are blessed as they live amid nature. For example, a Canadian woman living near the forest had made many chipmunk friends. 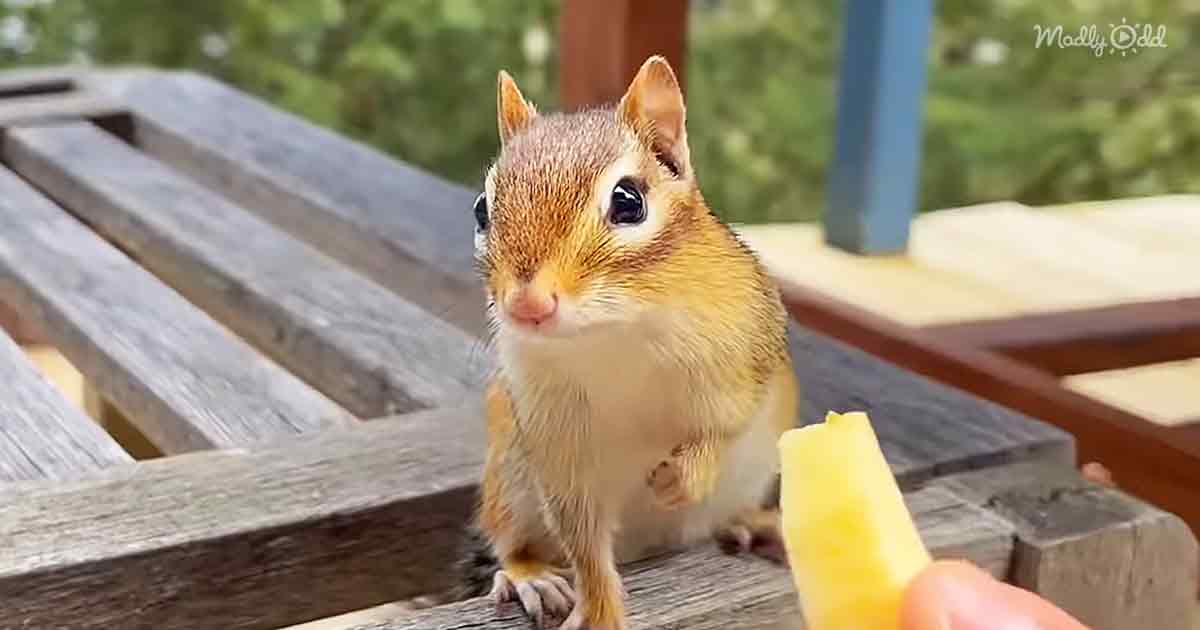 Recently one of the playful chipmunks, Terry, paid a visit to the kind woman. The animals trusted her and were not scared to come close to her. So the little chipmunk climbed up the chair and took a bite of the fruit offered by the woman.

Terry took a massive bite of the apple and wanted to eat it later. However, he changed his plan and started to greedily chew on the piece of apple that he held in between his teeth. 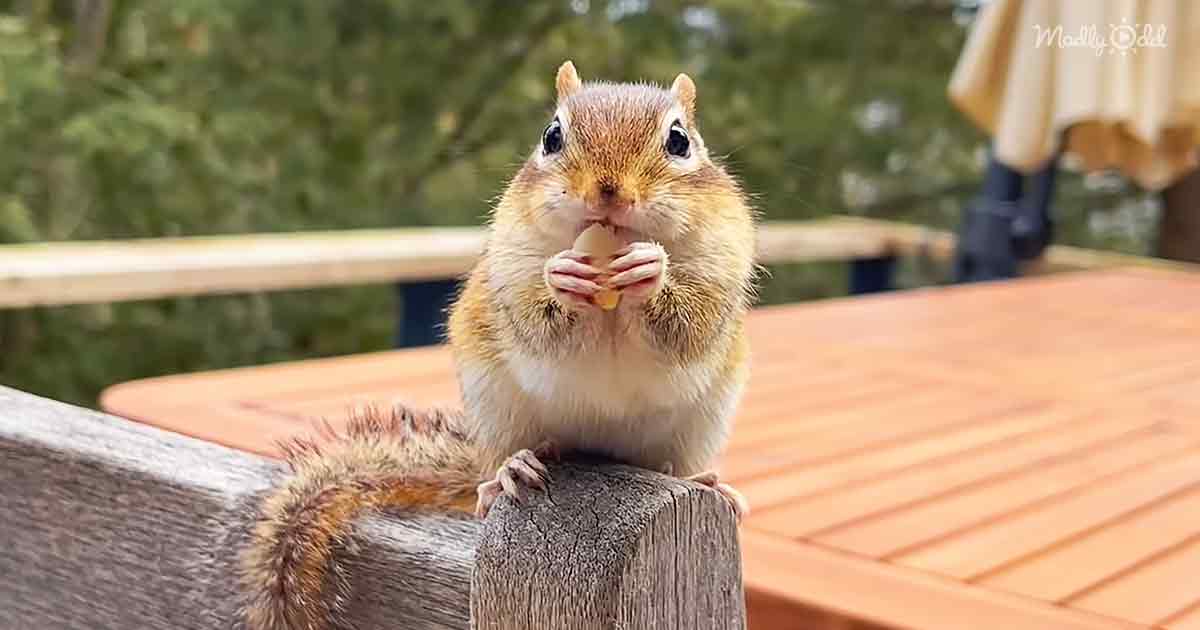 As soon as Terry finished eating, he immediately looked toward the human, asking if he wanted more food. The kind woman obliged the animal with another piece of the fruit.

Terry completed eating the fruit in a few seconds and asked for more. The kind woman kept on hand-feeding the little chipmunk. Even after completing almost the whole fruit, the chipmunk was not done eating. 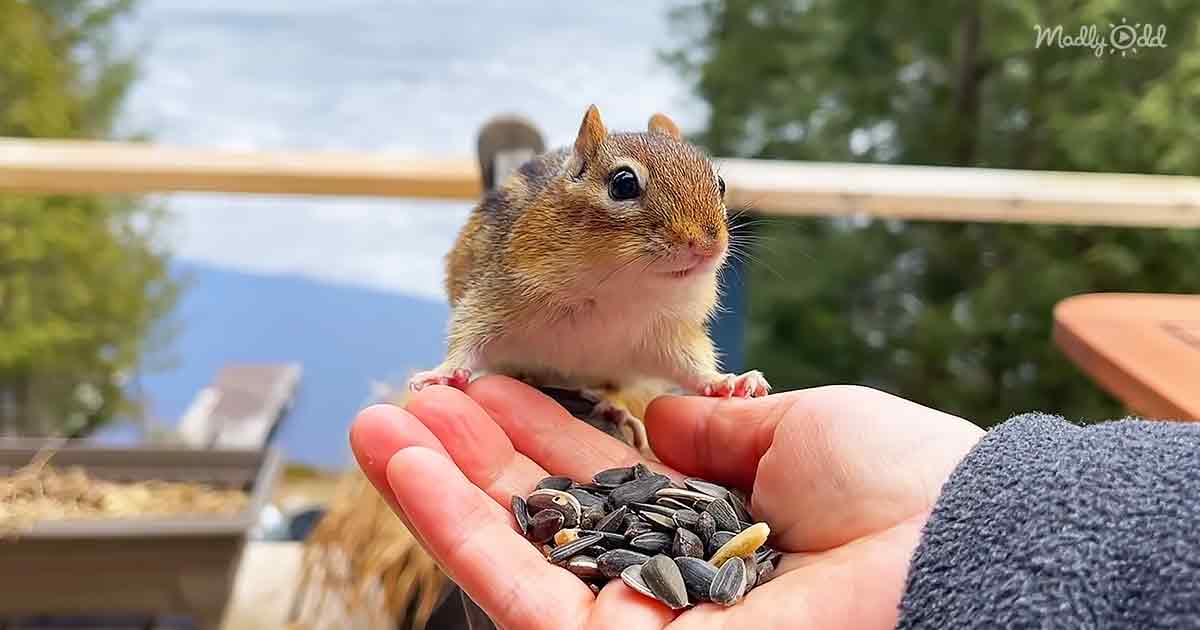 Terry sat at the top of a chair and looked at the human, asking for more food. However, he had already eaten the whole apple. The woman then gave him some sunflower seeds to eat.

The chipmunk took the seeds from the woman’s hand and happily ate the food given to him. Then, he put his front paws on the woman’s palm and ate all the sunflower seeds. After his belly filled, the chipmunk ran away into the forest to his home.