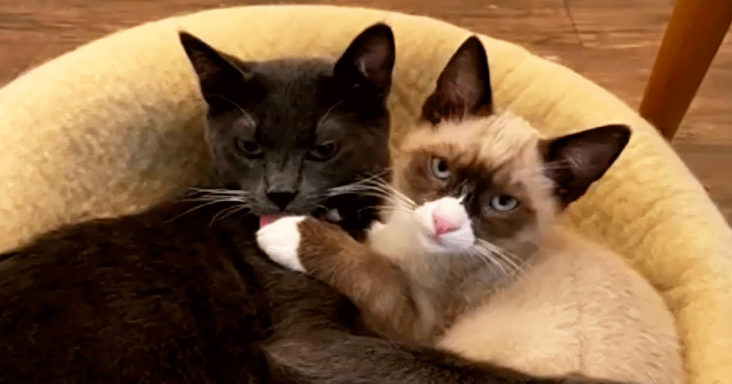 TJ was the owner of three amazing kittens, Murphy, Pip, and Indy. At first, she had adopted Murphy, an orange rescued cat. Then came Pip, an attractive gray cat, who was a cat with special needs. When the cat was just three and a half or four weeks old, TJ noticed an issue with the cat’s mobility. 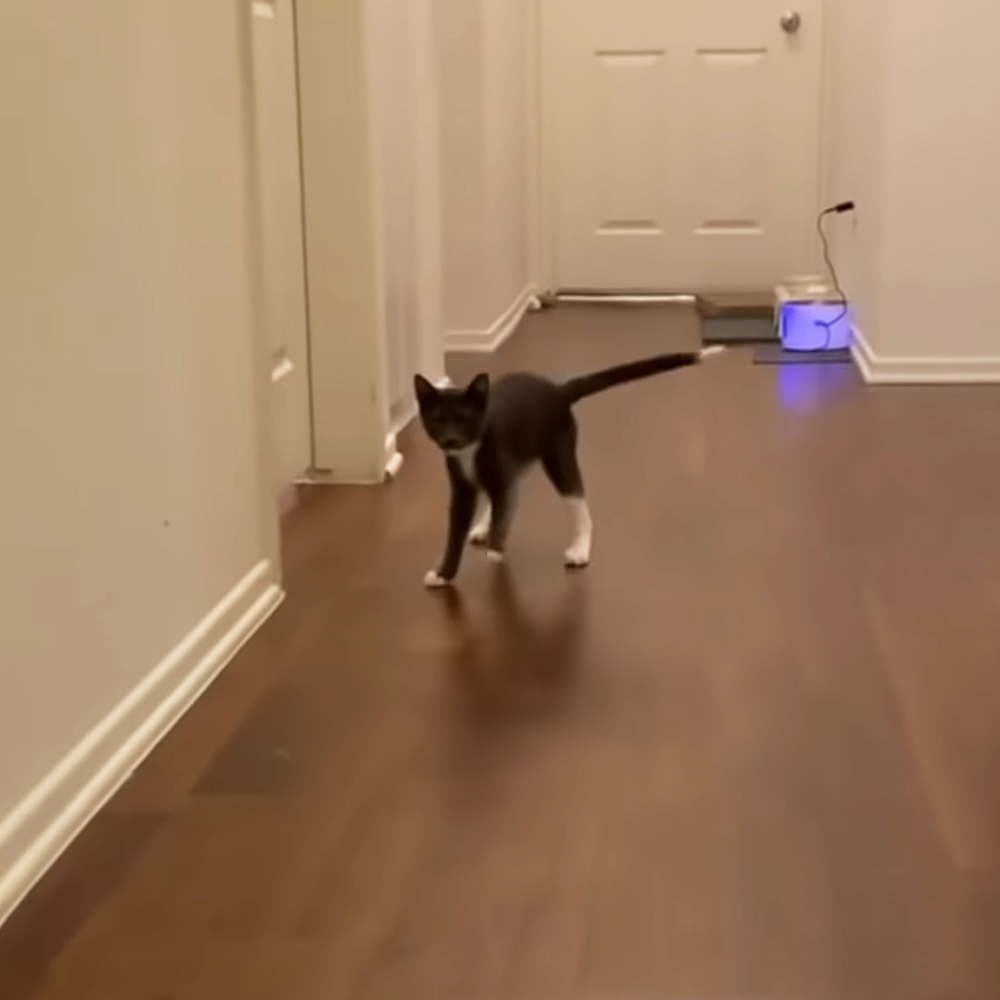 She noticed that the cat was kind of unsteady while he walked and would bump into the walls. The cat underwent several treatments, but the issue remained unresolved. So finally, the cat mama took Pip to see the vet team at UC Davis.

They did a complete test on him, starting from MRI to many other tests. They diagnosed the cat with cerebellar abiotrophy. However, Pip still tried his best to climb the stairs, couch, and bed after waking up in the morning. This surprised TJ. The third cat that the family adopted was named Indy. The playful kitten was a caring feline. 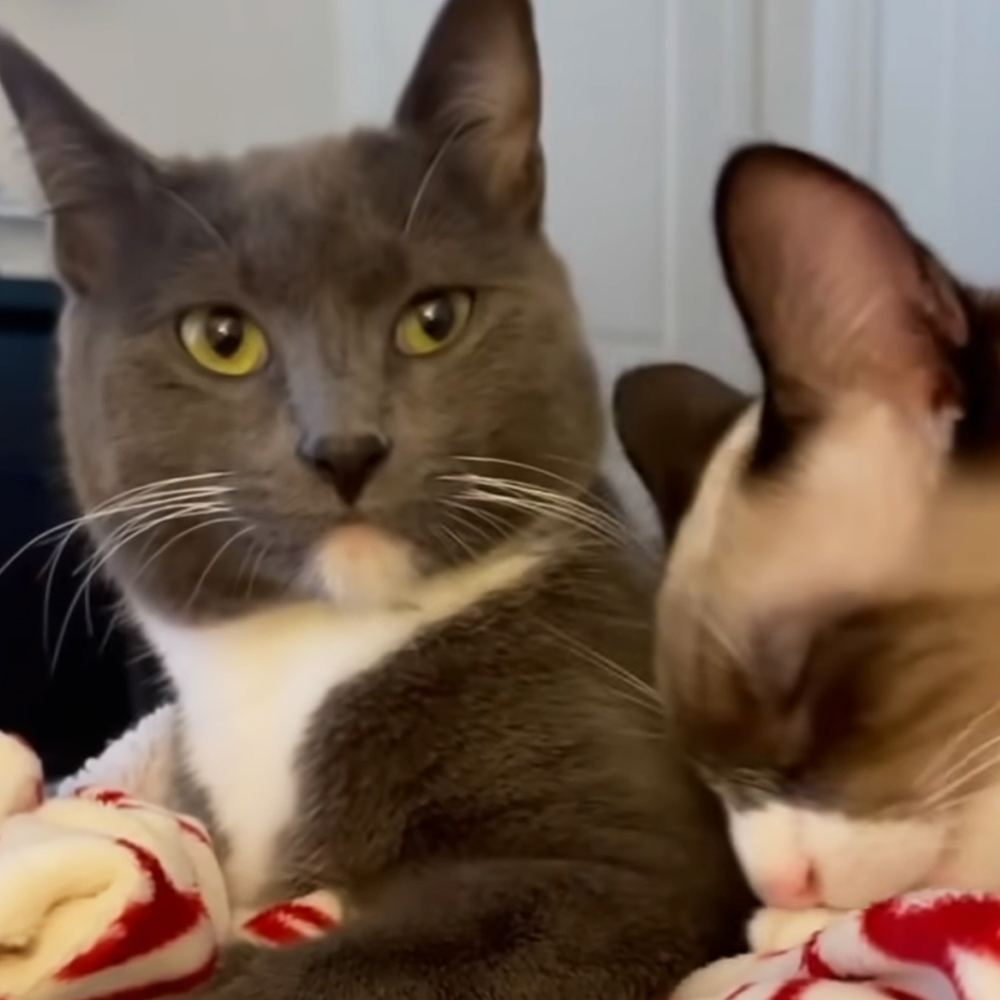 He just followed Pip everywhere. It was just unbelievable the way they both loved each other. Indy played like a wild and crazy cat with his cat sibling Murphy, but he and Pip were inseparable.

They always snuggled and loved each other. However, TJ found Indy was incredibly loving and gentle with Pip. The caring cat mom was divorced and had grown-up children. She had thought she would be alone but had ended up with three adorable cats. 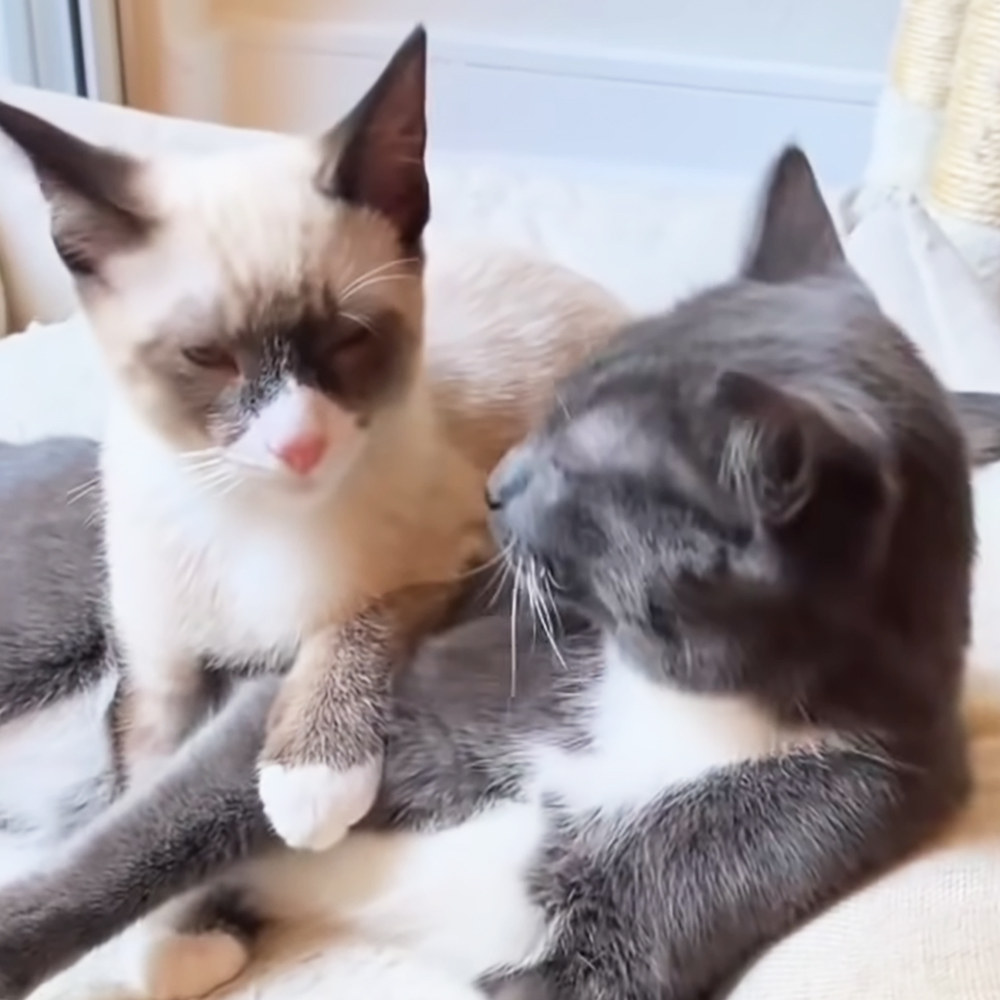 TJ loved her cats, and the caring owner was very concerned about Pip’s condition. His balance was the biggest issue. If TJ had not supported him, the poor cat’s balance would have been all over the place while having his food.

She made a lot of modifications for the cat so that he could play and have fun and not hurt himself. When Pip did something others could do, he looked proud of himself. He always tried to be an average cat. It was sad for TJ to watch Pip in this condition. Nonetheless, he seemed pretty determined to act like a typical cat. This made TJ very happy. He was an inspiration for a lot of people.