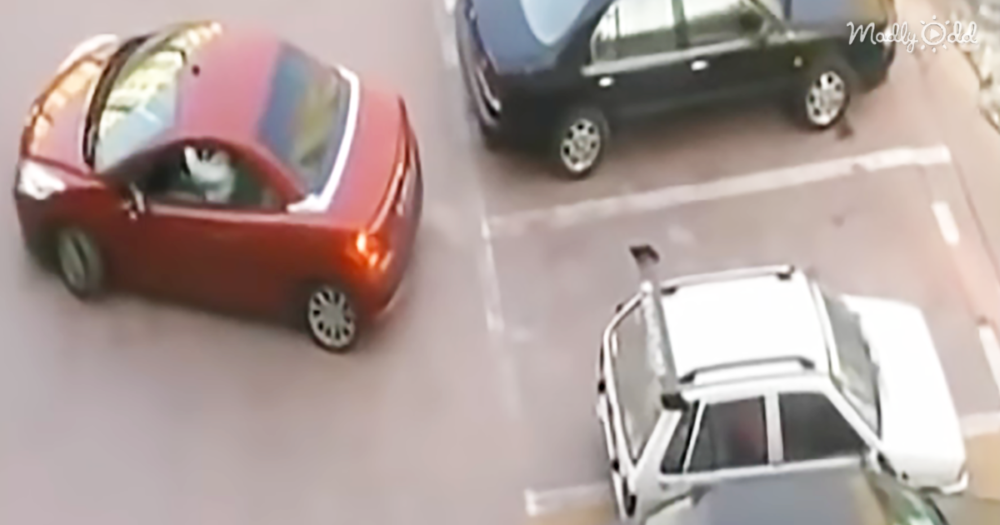 “Road rage” is a thing now, although maybe it always has been. But if things can get a little ‘tense’ out on the open road, a crowded parking lot is a real pressure cooker. If you’ve ever snaked through a parking lot over and over, you know the sheer joy you experience when a space opens up. What’s downright enraging is finding one only to have some other sneaky driver steal it from right under your nose. And that brings us to the video you’ll find posted below. The driver of the red car must have been in a purple rage. But in addition to having quick reflexes, she thinks quickly, too. The lousy parking job by the driver of the white car presents her with an opportunity. She picks up where she left off and resumes backing into the parking space. Both cars are small, so there’s actually room for the two of them. She’s careful to stay close to the white car without hitting it. 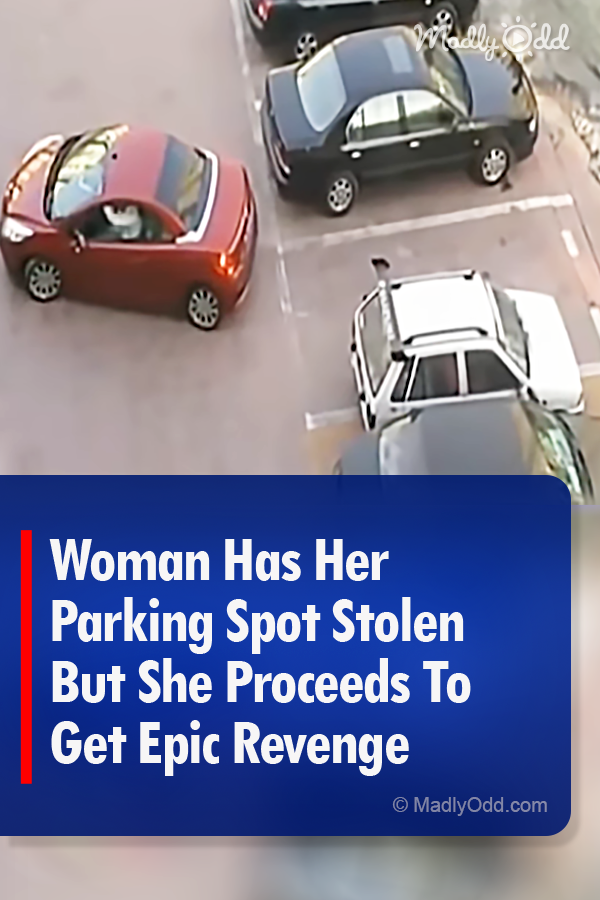