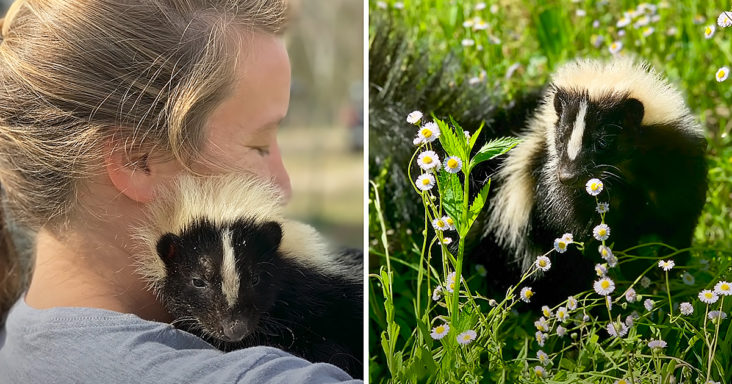 Crystal Shaw, a wildlife rehabber, learned about a skunk who was found by a good Samaritan. The skunk was found on the side of the road. He was dehydrated and could not move his leg. The good Samaritan who found him thought he was dead.

She had dripped some water by his face through a syringe to see if he would drink water. This is when Crystal arrives and sees him licking the water. She was pleased to know that he was fighting for his life.

Crystal brought the skunk with him and named him Gerber. The tiny cute looking fellow was trying hard to get up on his feet. But unfortunately, he was unable to do so as he had injured his hind legs. 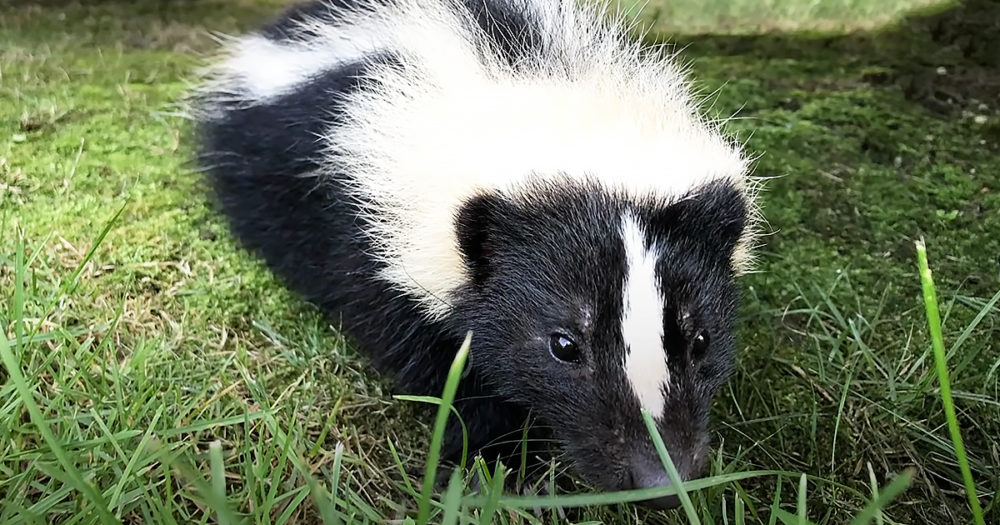 After a week, he recuperated and was able to stand up. However, he was still suffering from head trauma. He would just be circling round and round and did not know where to go.

This was when Crystal decided to construct a maze for him, which would help him get an understanding of the direction. She created the maze with some unused wood and chicken wire.

Gerber quickly got accustomed to the maze and learned to walk straight. Crystal kept on changing the location of the wood boxes that she constructed and made sure Gerber learned to walk and had a sense of direction.

Later on, after Gerber got the hang of the maze, Crystal took him for a walk. He could now walk easily. She made sure she walked with Gerber to give him support. Gerber is healthy now and is enjoying his time with his new family.