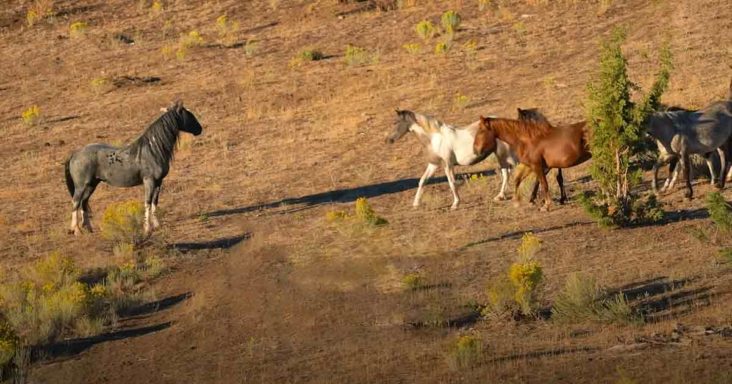 As a wildlife enthusiast and owner of the Skydog Sanctuary, Oregon, Clare Staples had been following a wild horse, Blue Zeus, and his family for years. The group of horses lived on the ranges of Wyoming. She felt that they were the epitome of a wild horse family as they were so close and loving. She could feel how much his family meant to Blue Zeus. 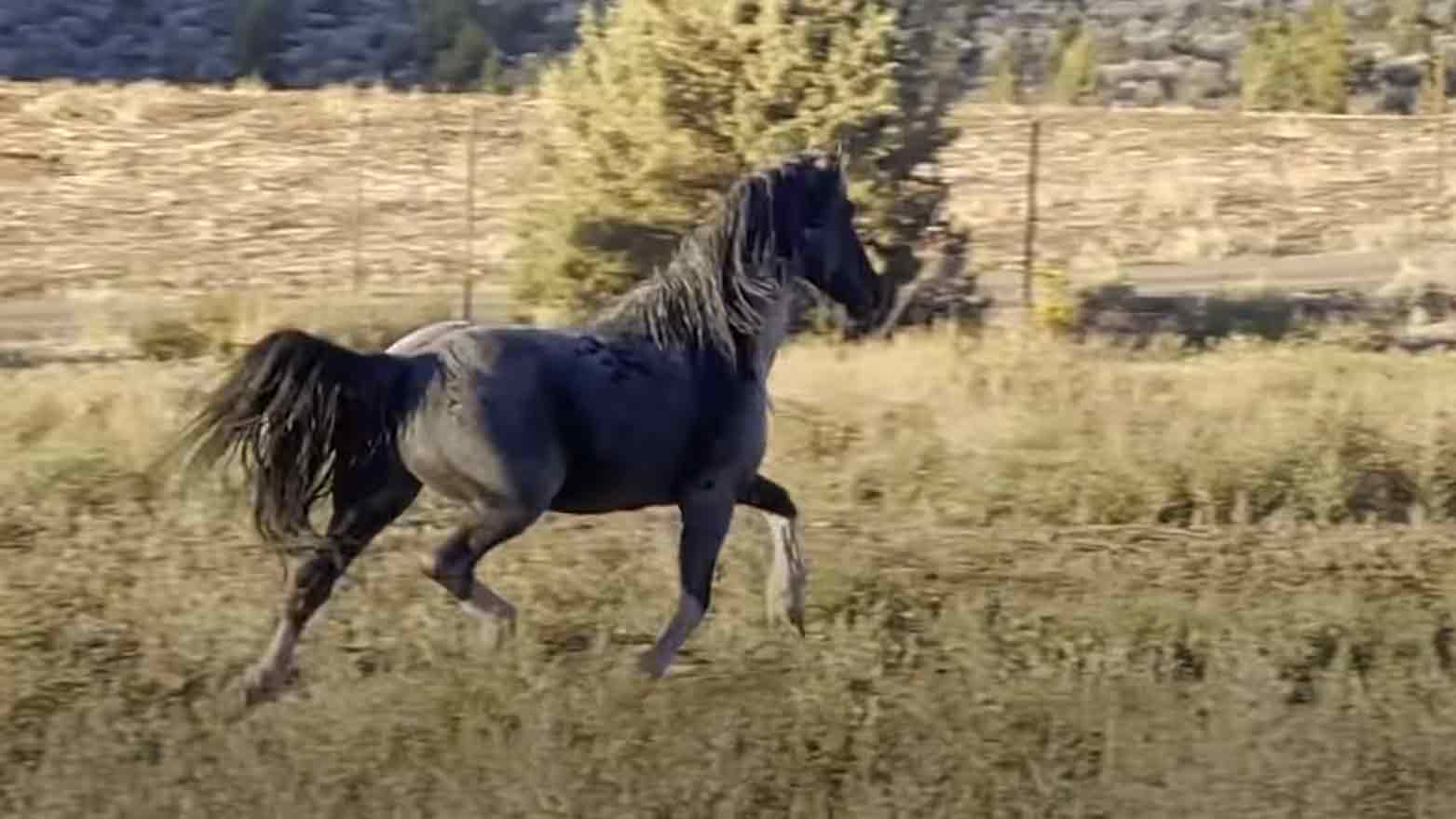 He fought for his mares and was his babies’ most loving and gentle father. Since Clare had a wild horse sanctuary, she always had this feeling that “As long as Blue Zeus and his family were wild and free, they had something to fight for.” She never let herself become attached to a wild horse because she knew that there was the possibility that he could be rounded up with his family.

However, none of them touched her heart like Blue Zeus. She even got a 6-foot-tall print of him from a wild photographer, and she would look at him before walking out in the morning to work. This was what Skydog Sanctuary was all about, keeping horses wild and free. However, soon everything changed. Blue Zeus and his family were captured by the Bureau of Land Management as public lands were cleared of wild horses in favor of livestock and mining. 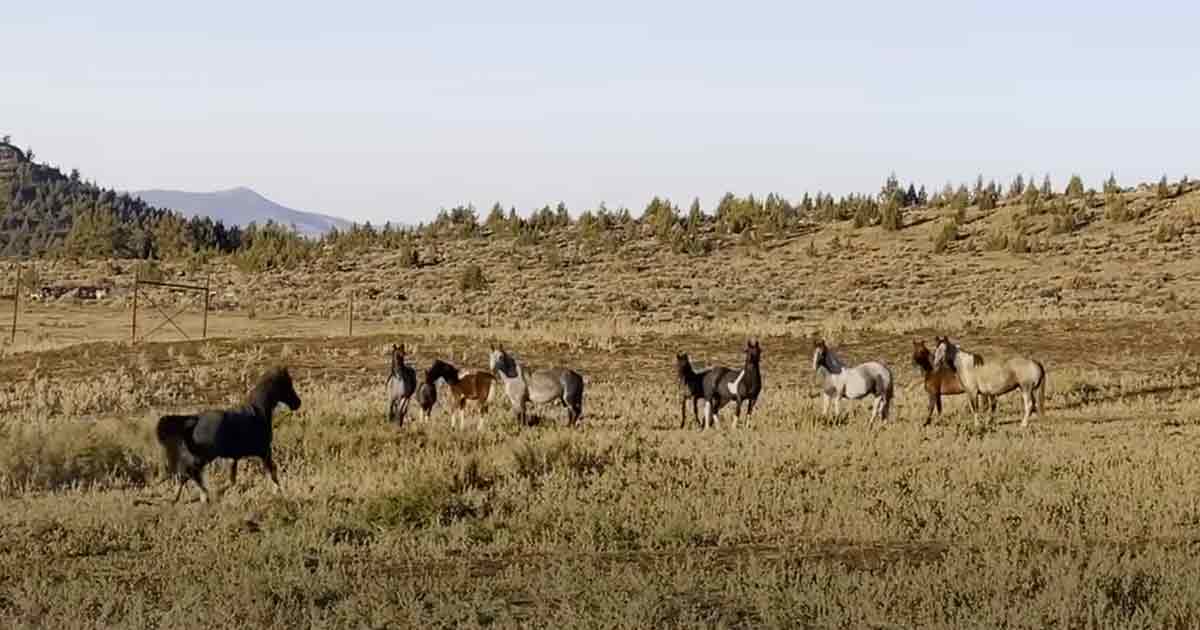 They were branded and sent to different off-range facilities to spend the rest of their lives in a dirt pen. This was when Clare made a promise in her mind that she would do everything to get him out of there. She emailed and called the officials every day and asked to be allowed to see him. For days she prayed that he would survive.

Nine months later, she finally got a notification that there was an adoption event from the BLM Corrals. That was when Clare saw him after a long time. He had a lot of cuts and marks on him, but he still had this nobility and pride in him. She was the only person to bid for the horse and got him for a mere $25. 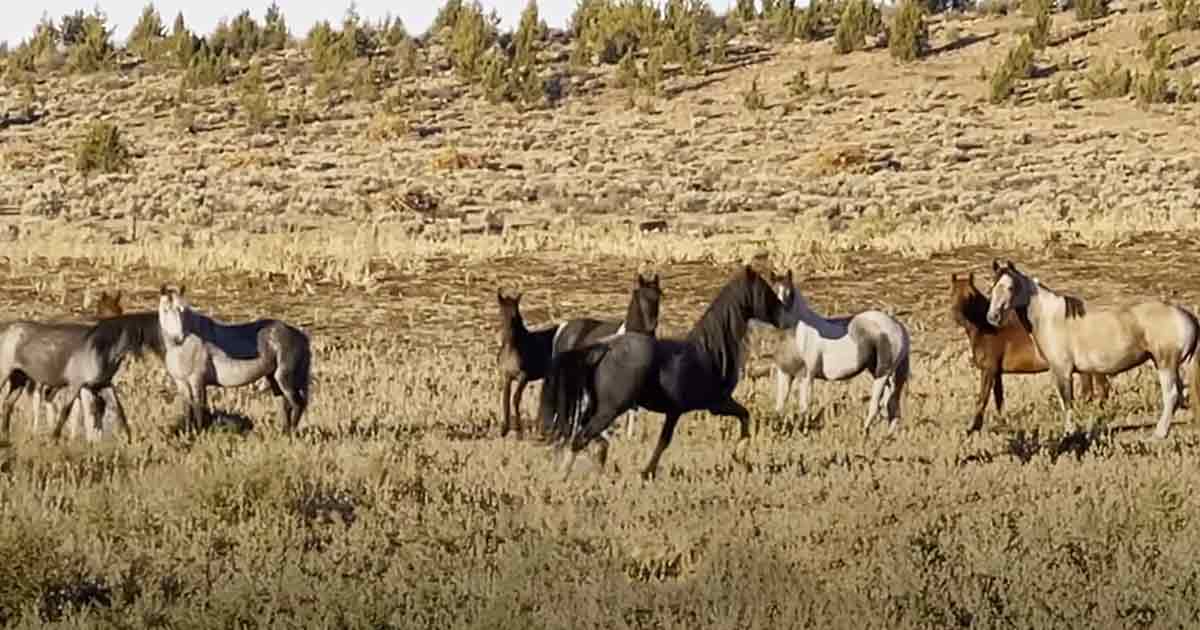 The poor animal somehow knew he was going to a better place. He jumped into the trailer and never looked back. As soon as Blue Zeus reached the sanctuary, he jumped out and ran around the whole area. Seeing him back in a place with land to roam on made Clare happy. However, it was really the start of the next part of the journey. Blue Zeus would often stand on his own and gaze out to the horizon. The rescuer knew that he missed his family.

So, Clare promised him that she would bring his family back. It became her life’s mission. The task went back to emailing, calling, writing, and asking to get into the facility until she was allowed in. She told Blue Zeus to hang in there while bringing his family home. Two months later, they were able to find all his family members. Clare was in sheer disbelief. She could not wait anymore to reunite them at Skydog. Blue Zeus was excited to see his family. He ran to his family, and everyone followed him after that. It was the most spectacular dance of Blue Zeus that she had ever seen. Clare knew she had done an enormous thing by reuniting such a large family.