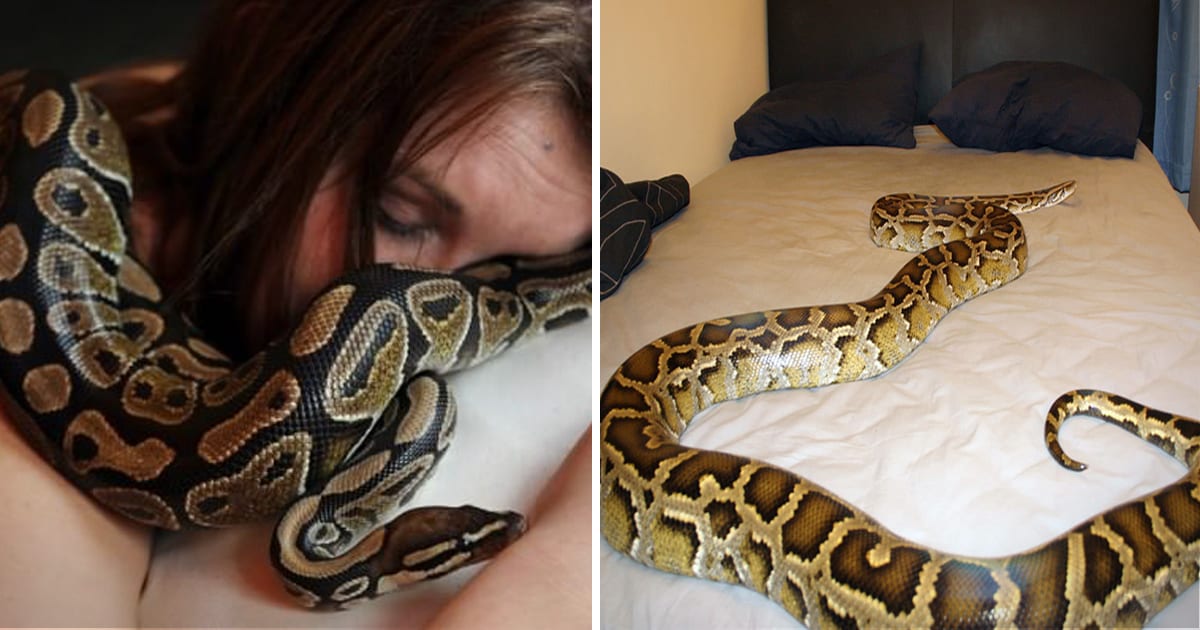 People who have pets love having their animal friends at their side. Indeed, most would have them there around the clock if that was possible. Restaurants, offices, schools, and their silly rules against pets! Most pet owners are delighted to have their little one hop into bed and curl up next to them for the night. Cats and dogs are perfect for this, which may in part explain why they’re such popular pets.

There are pets — however much you love them — that really shouldn’t be joining you under the covers. Especially creatures that coil up next to you! This story may be fictional, but it should still serve as a warning for anyone who keeps exotic animals as pets.

One woman loved her pet python dearly and since pythons like warmth, she allowed the snake onto the bed at night. She’d sleep on her belly and the snake would slither up on top of her, often stretching itself from her head to her toes.

She noticed that the python had stopped eating. This is never a good thing with any pet, so she took the snake to a veterinarian. The vet asked her some questions about the python’s daily activities and hearing that he snake spent nights in her bed, he became quite concerned. He asked if the snake ever wrapped itself around her or if it stretched out along her entire body, from head to toe. When she told him, yes, that’s exactly the sort of thing the snake was doing, the color drained from the vet’s face. He explained that her python wasn’t snuggling with her, it was measuring her! The snake had stopped eating because it now had plans for the greatest feast of its life: her!

Exotic pets are fascinating, but the moral of the story is that they belong in their cage or terrarium at bedtime. Let us know what you think in the comments at Facebook and be sure to like and share!