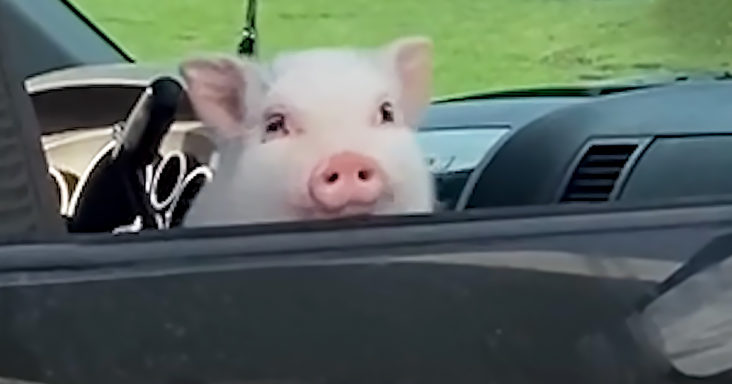 Max had always wanted a puppy, so his girlfriend surprised him with a rather unusual pink puppy. She gave him a piglet named Patrick. Max was super happy to find the adorable animal. He acted like a child with the piglet in his arm. 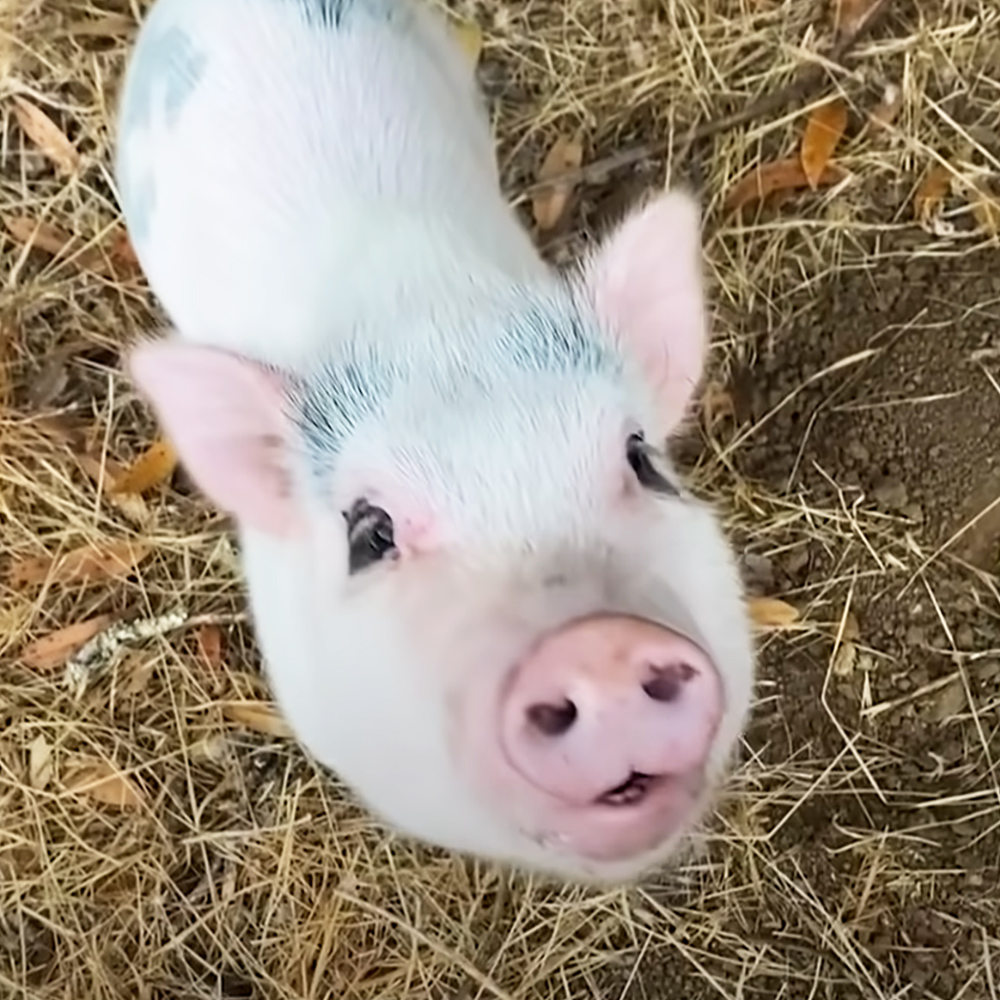 Emma knew that it was a huge responsibility, but she knew they could handle it. Patrick treated the pig just like a puppy and thought he had never met a dog who was into mud or hungry.

Max even taught Patrick how to walk on a leash. Everyone in the family was obsessed with him. Patrick was definitely an attention hog. He loved it when his human parents cuddled with him. 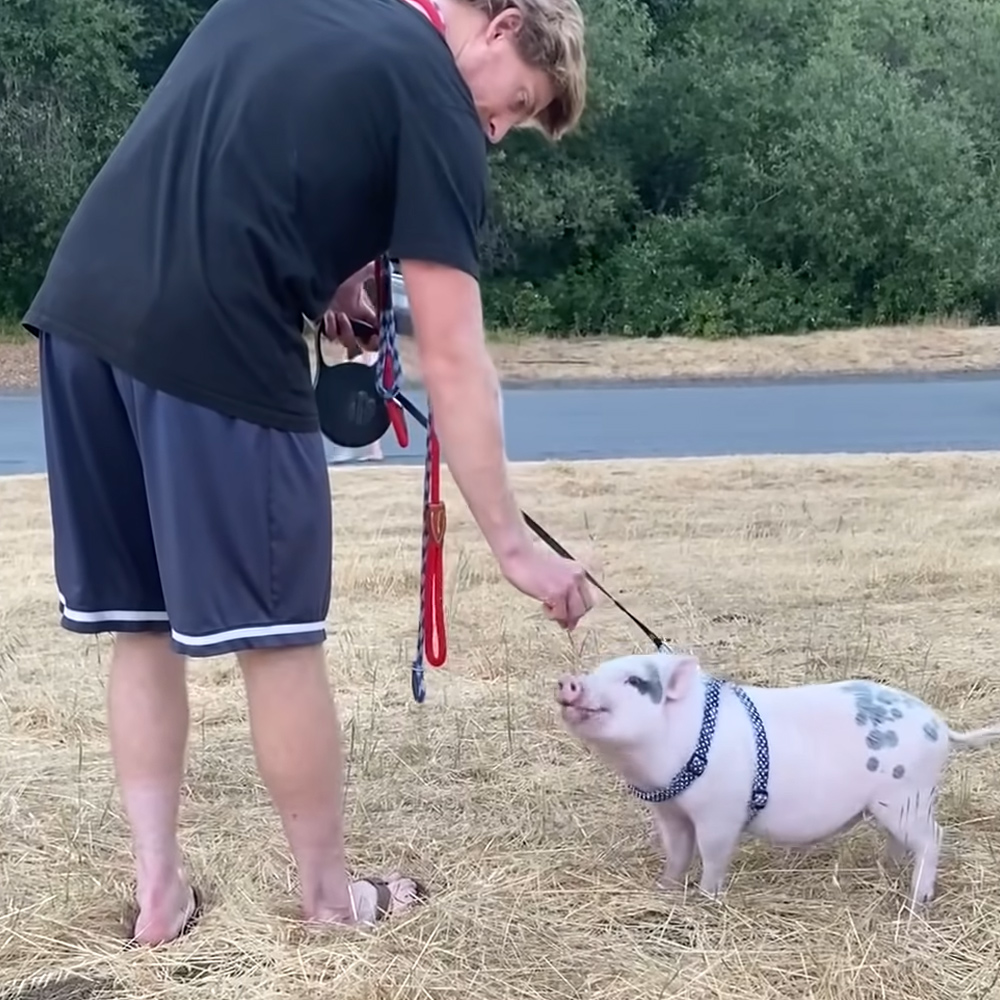 The couple had two rescue dogs. Stringer, their little dog, was instantly friendly with Patrick. However, when it came to Brian, he was not so impressed. With Patrick, there was no privacy and no personal space. Everyone’s food was Patrick’s food.

So, for months Brian behaved as if something was not right. But slowly, he accepted Patrick as a part of the pack. The three of them did everything together, and they loved going on walks. 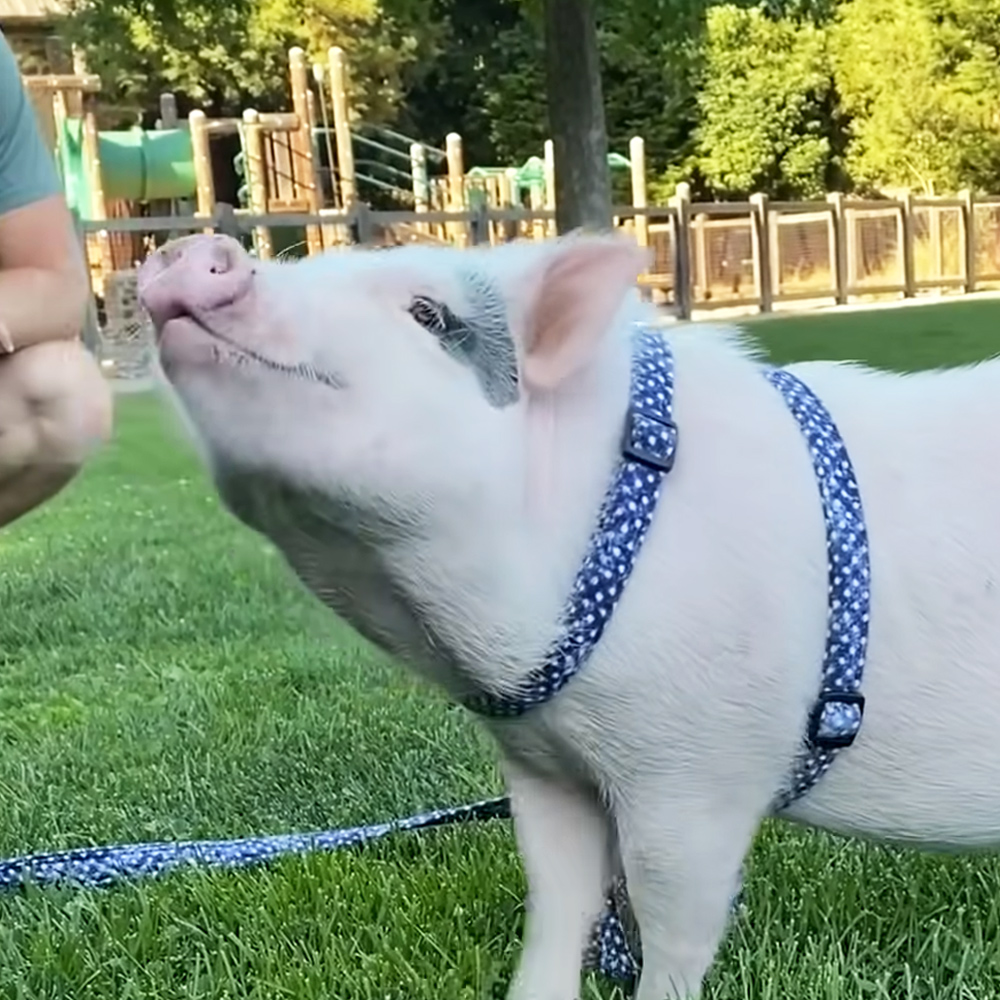 One day, the couple took their dog and their pig for a walk. A passerby asked them if that was a pig on a leash. It suddenly made so much sense to them.

They were used to the stares they got. The owners understood how confusing it must have been to find a pig walking on a leash. However, it did not matter as much. Like Patrick, pigs were known to be intelligent, kind, and always ready to eat. Despite being a pig, he would always be one of their dogs.