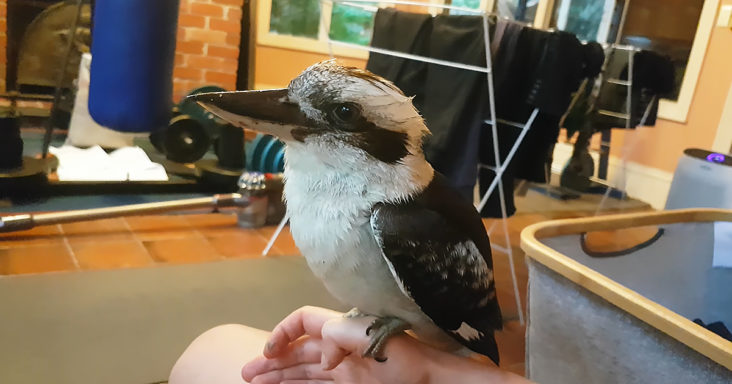 In the middle of a storm, there is nothing better than settling into a warm, dry space and listening to the rainfall around you. But humans aren’t the only species that enjoy staying warm. It turns out kookaburras feel the same way. 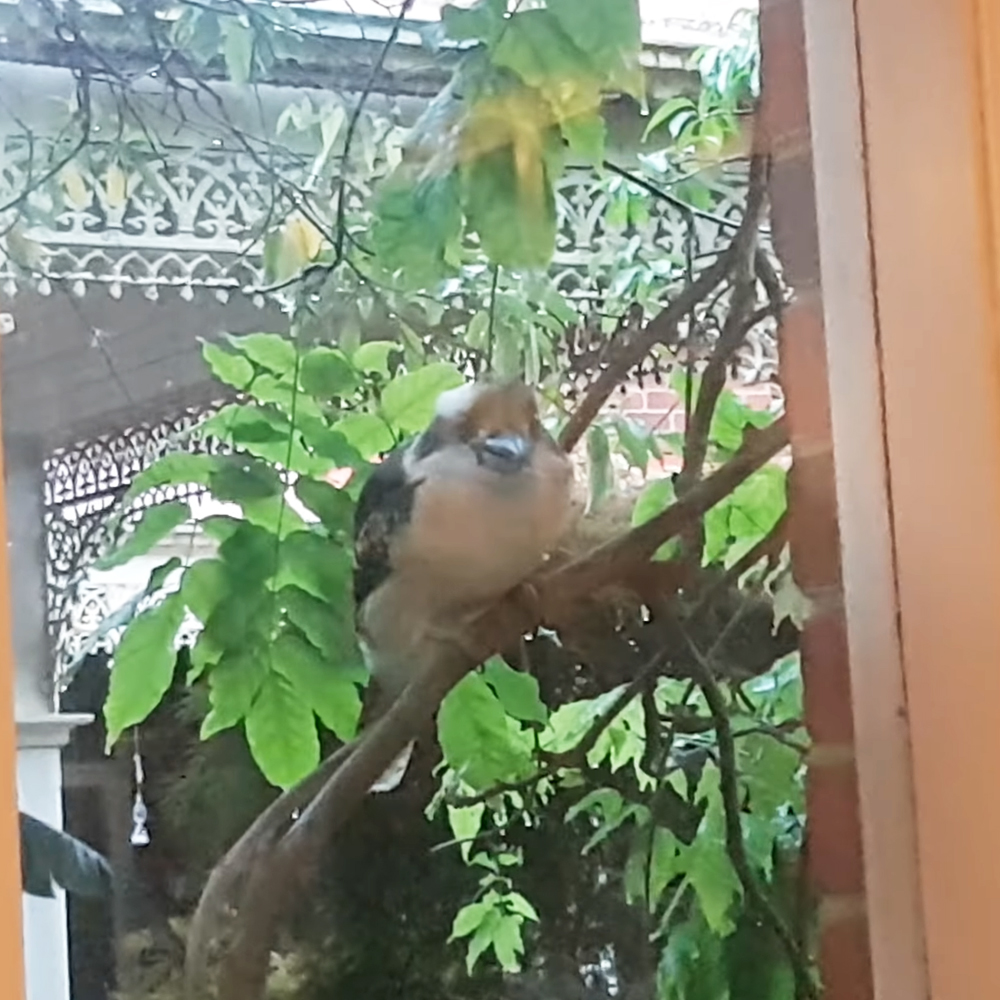 The owner of Backyard Birds of Australia found out that she was relaxing during a storm. As she glanced out her windows, she saw a little friend peering longingly inside.

Being the kind woman she was, she made her way out to the lonely kookaburra, offering her arm as a perch and promising a dry place to weather out the storm. 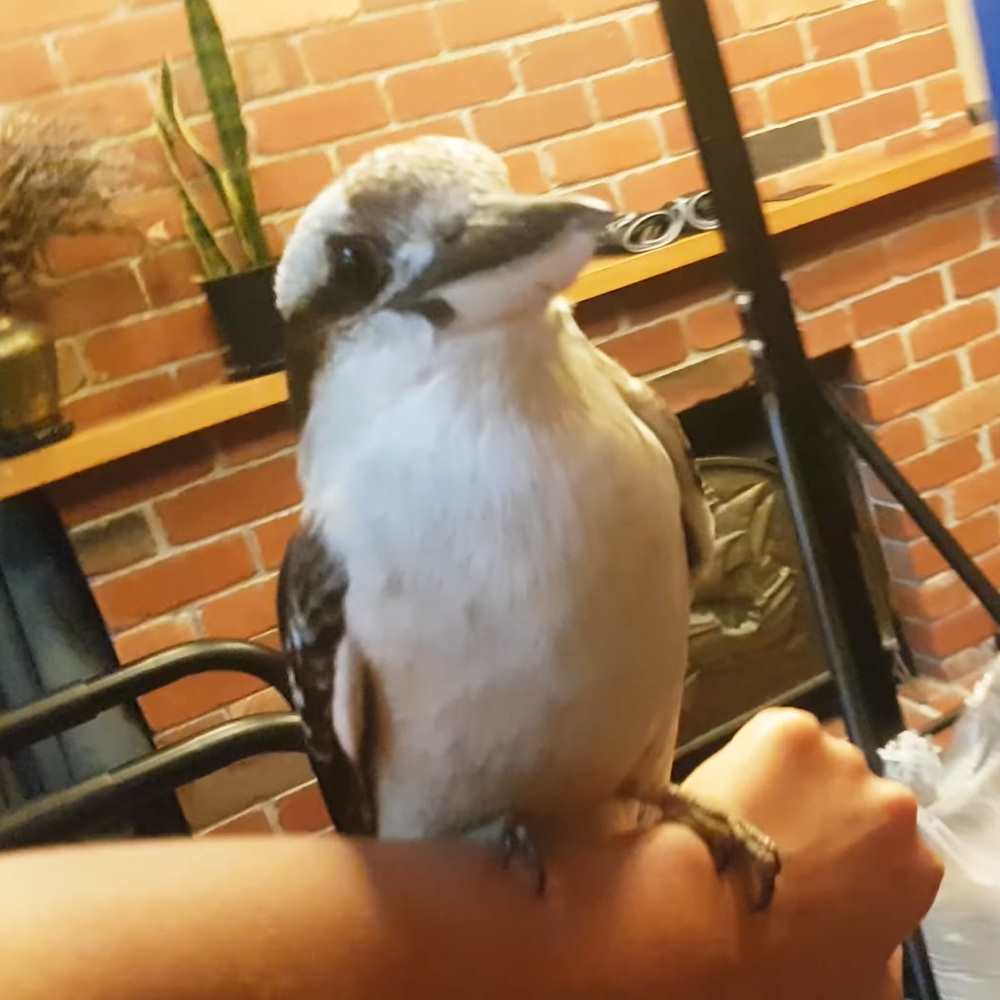 The wild bird seemed at ease as she walked him inside, and as she excused her laundry, he fluttered to the top of her punching bag, basking in the warmth of the lights around him.

For a moment, it seemed like it would be the two of them for the evening, but the woman looked out her window and saw another kookaburra staring at her from her bench outside. 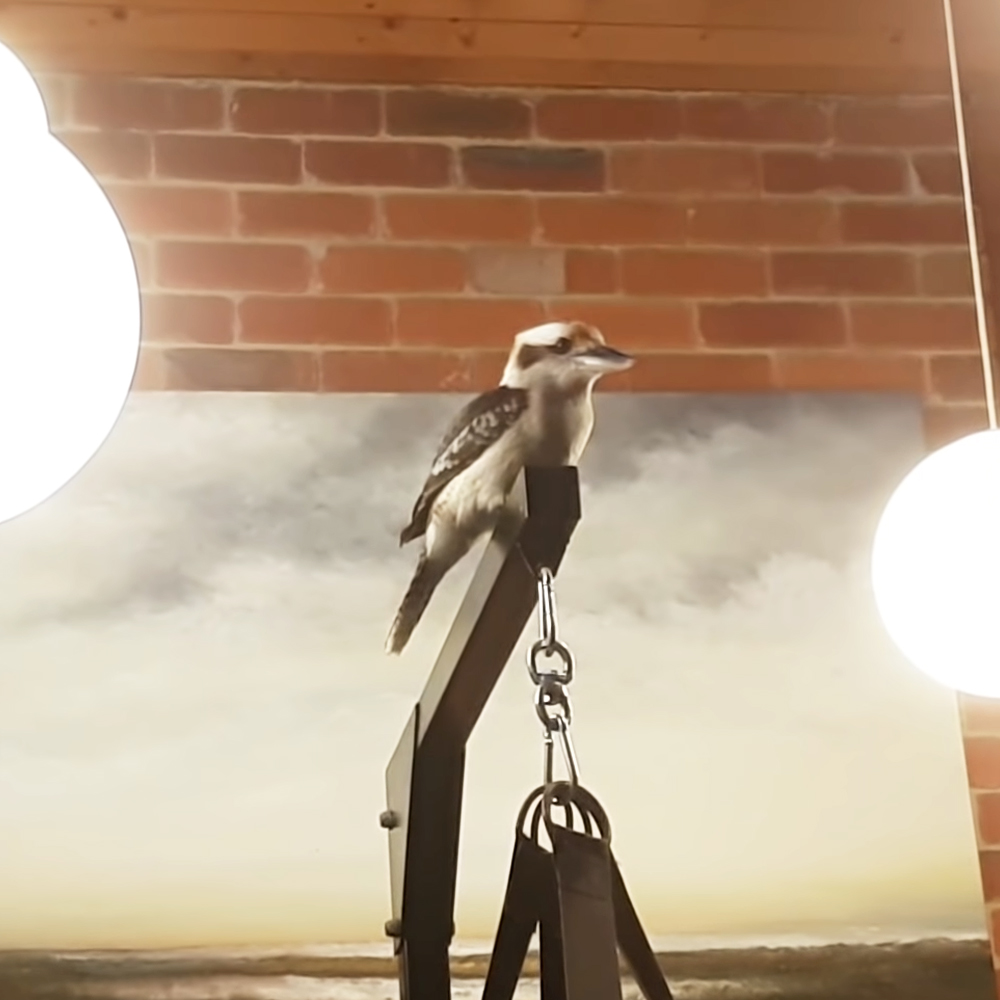 This little one, who she called Dwarfy, decided to join her and her other guest inside. At first, he seemed a little less than pleased about her other companion for the evening, crying out in a gravelly voice.

But as Dwarfie settled in, assured that the other kookaburra would not bully him while the woman was there, the three relaxed into a peaceful silence, waiting for the storm to pass. 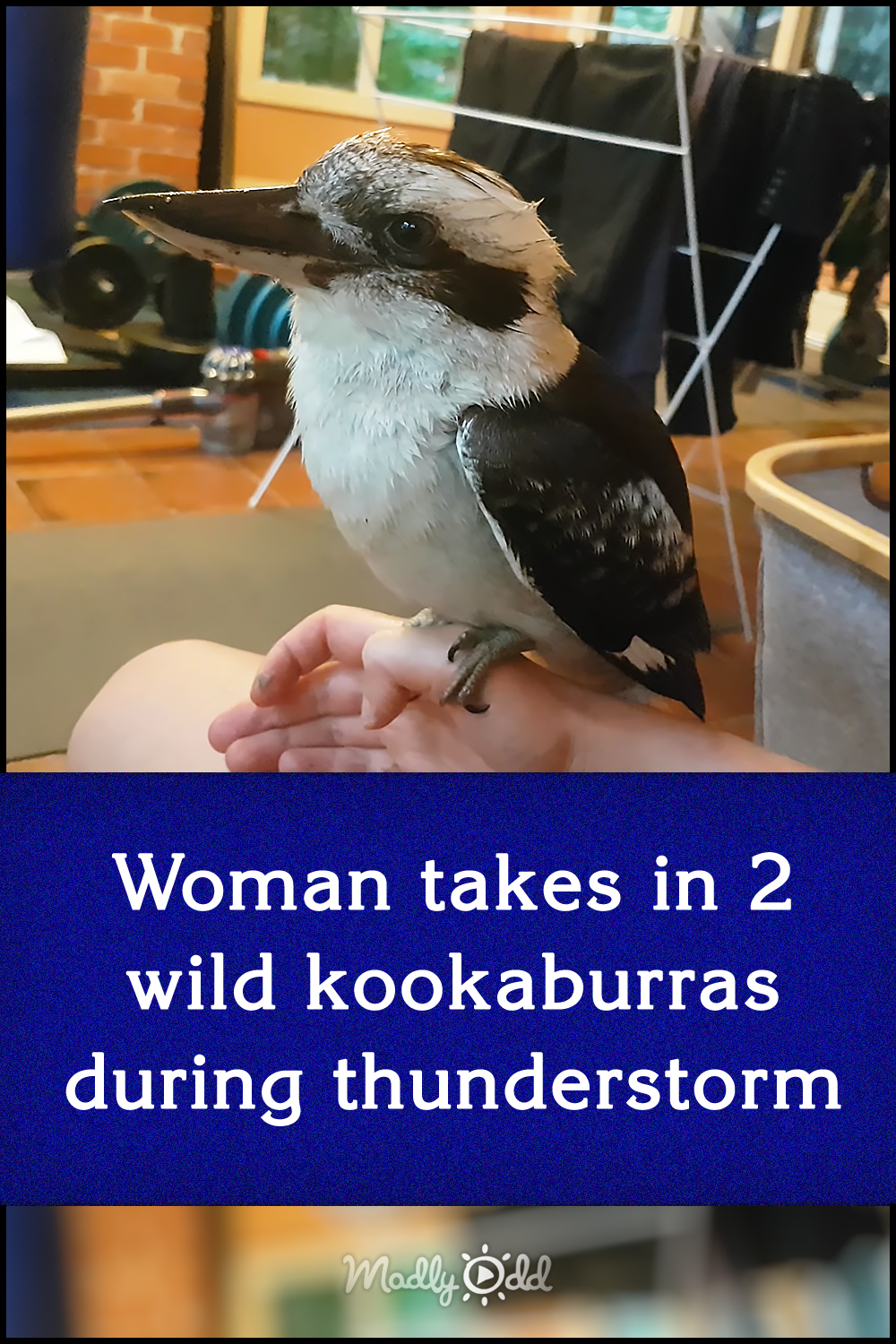