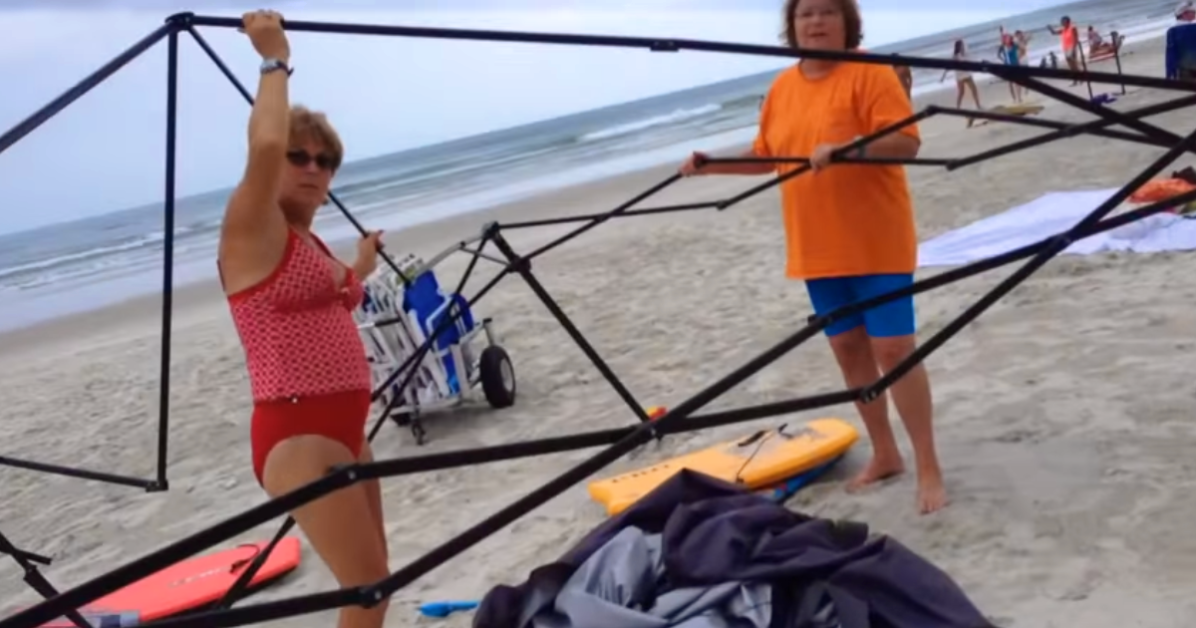 The beach is a great place to go to soak up some sun, relax, and cool down on a hot day.  You go grab everything you think you’ll need and head off – blanket, umbrella, towels, sunscreen, cooler loaded with iced beverages, etc.  After hauling everything to the “perfect spot” on the beach, you definitely need a break.

Everyone else seems to have the same idea, but when it’s time to go down and take a swim, who stays behind to keep an eye on all your stuff?  Most of the time, no one. For the most part, people are pretty honest and leave your things alone, but every now and then you get those who don’t.  Like the two women in this video. 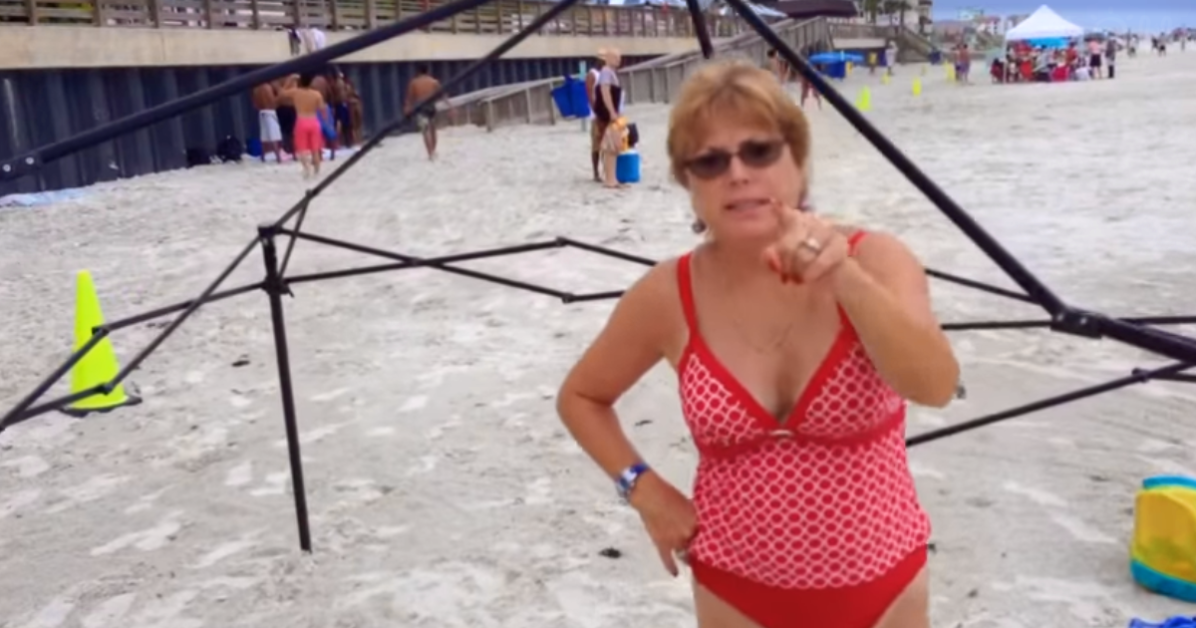 A family decided to go to the beach for some much-needed time off and took a pop-up canopy, chairs, and toys for the kids.  They left for a few minutes and as they returned, the dad couldn’t believe what he was seeing.  Two women were in the process of stealing their tent, but karma had something to say about it – they were clearly struggling and couldn’t seem to figure out how to disassemble it.

With the camera rolling, the man walks up to the two women attempting to steal his tent. They act like nothing is out of the ordinary, but little to do they know that this is the owner.  He kindly asks them, “Is that yours?”

As they clearly struggle taking the tent down, one of the women responds with frustration, “Yeah, but we don’t know how to do it.”  The man asks, “Do you need some help?”  The thieves seem excited and grateful that he seems to be offering to help them.

This is when the man confronts them and tells them that the equipment is his.  All of it.  They act surprised and shocked as they look around in disbelief.  You can see the two women trying to figure out what their next move was.

The man graciously tells them, “It’s ok. I’ll let it slide.” He was actually going to just let them go.  Strangely enough, despite the man’s more than generous offer to not press charges, the women start to get combative and angry.  One of them even attempts to steal the camera and hit it out of his hand.  They had the audacity to get mad at him.  Some people!

Who knows how many victims these thieves have stolen from? If you were shocked and amused by their brazen, failed attempt,  share this video with your friends and let this be a lesson to them.