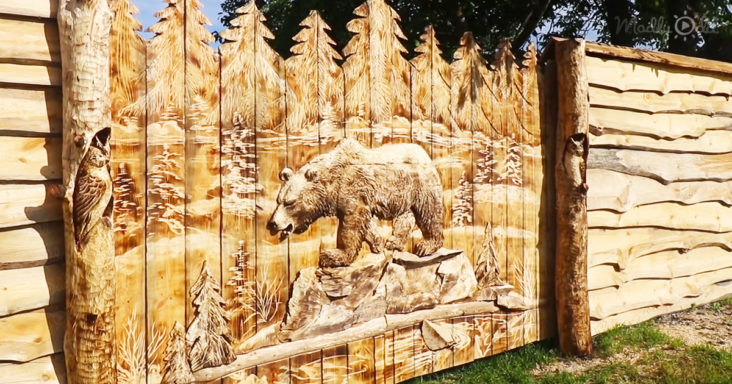 What began as simple planks of wood became a visual masterpiece thanks to the efforts of one of the most talented wood carvers working today. He created a wooden gate that will stun viewers.

The carver has his own YouTube channel called Vlad Carving, where he produces exceptional art pieces using mostly a chainsaw and an enormous piece of untreated wood.

This time, he decided to test his skills by creating wooden gates that include a rich tapestry of natural scenes, as well as two owls standing guard on either side of the gate. 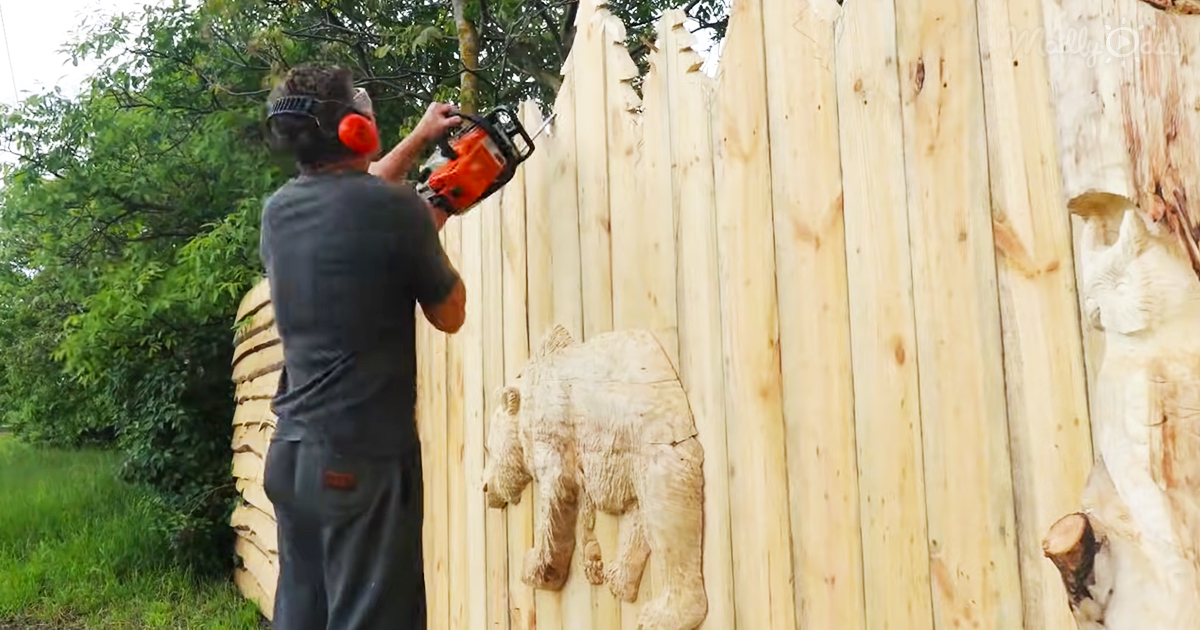 He began by setting up the gate with simple wood slats, the most ordinary materials he could have used. He then used a large wooden log to sketch, cut, and carve a realistic bear.

After he finished that job, he installed the wooden bear on the gates, creating a three-dimensional effect that already set the fence apart from anything you might ordinarily find on a person’s property.

However, he was not done yet. He installed two more logs as pillars on either side of the gate, then used his chainsaw to carve life-like owls who stood as sentry to guard the entrance.

Finally, he carved and shaped the wood planks themselves, forming evergreen trees as the backdrop to the entire scene. He created a visual treat for any visitors coming to visit the farm.