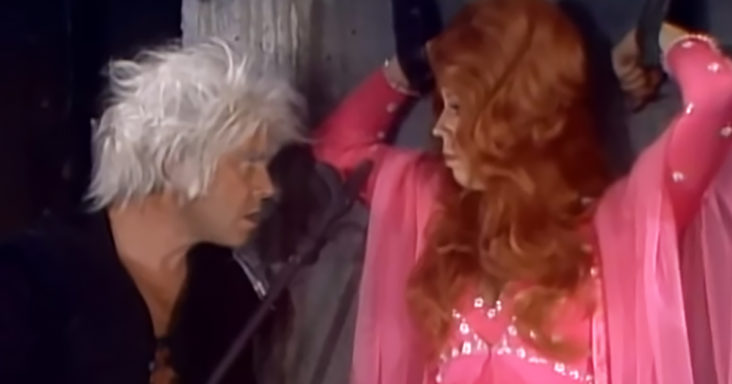 ‘The Carol Burnett Show’ had many famous sketches. Tim Conway was known for his hilarious physical comedy as the ‘World’s Oldest Man.’ In this scene, we see Vicki Lawrence tied up in an old dungeon awaiting ‘The Torturer.’ 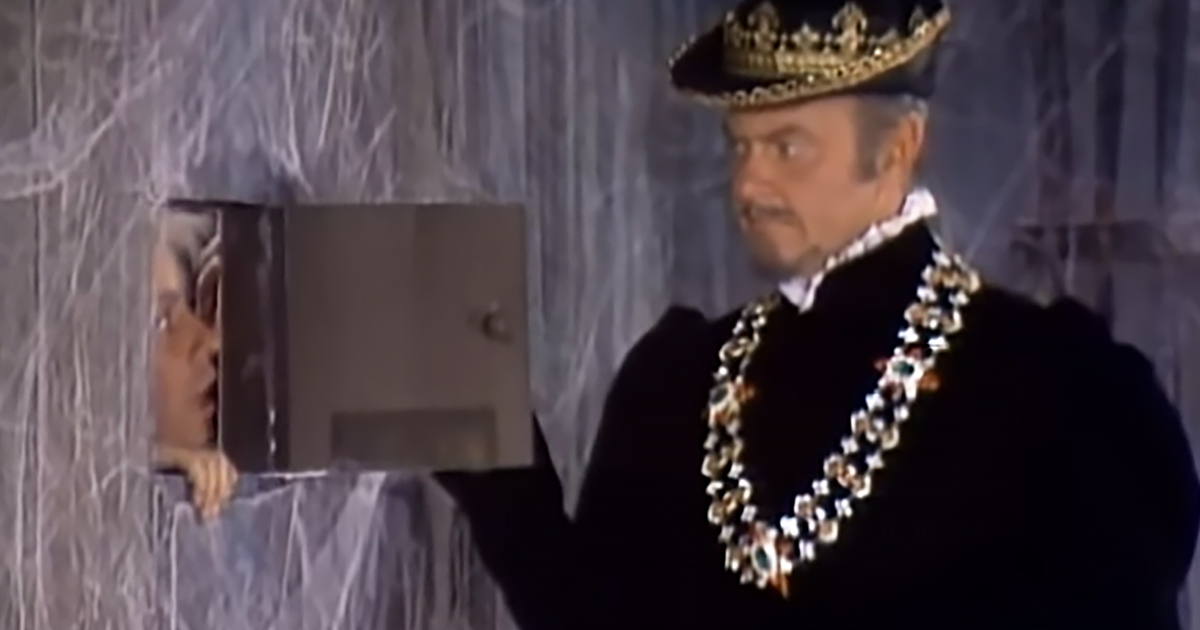 Vicki Lawrence is being held captive by Harvey Korman. He wants to marry her, but she refuses. He plans to torture her until she agrees. Korman declares, ‘Send in the royal torturer!’

Tim Conway appears as the ‘World’s Oldest Man’ through a small part in the door. Korman tells him to hurry up, but he moves very slowly, comically getting stuck in the cobwebs. He accidentally tries to torture Korman first! 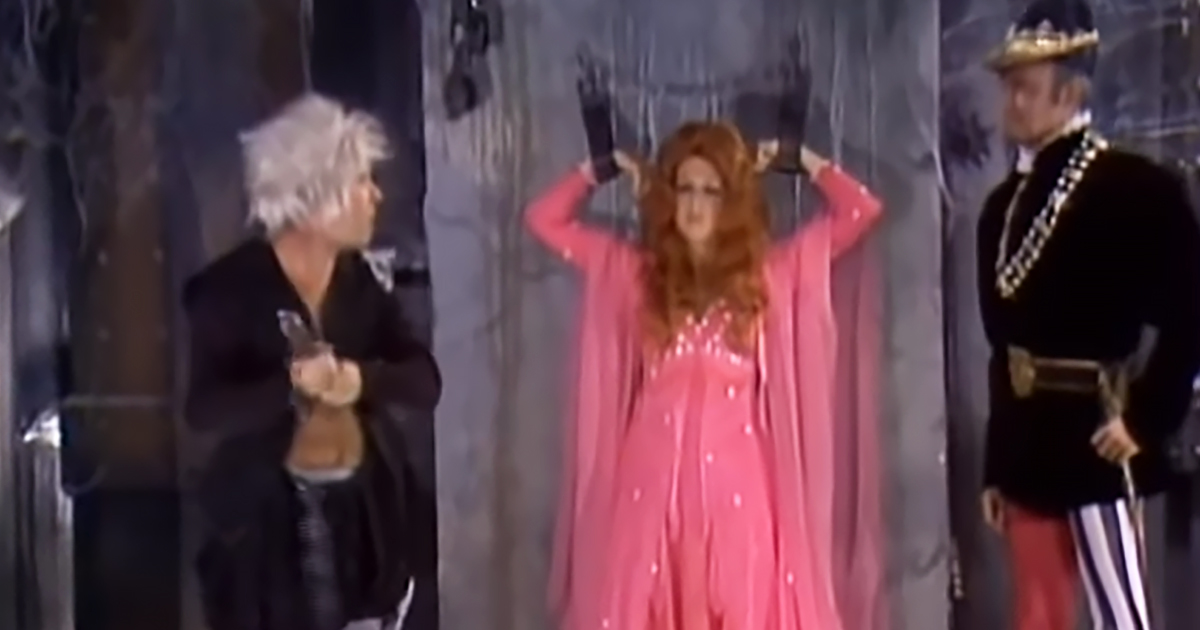 Then, Conway grabs a hot poker from the fire. He gives Vicki until the count of five to agree. While he counts, he tucks the hot poker under his arm. The audience hears sizzling sounds, and by the time Conway delivers his delayed reaction of pain, they are hysterical.

Conway tries to scare her with a mouse, but it runs away. He grabs a spiked ball on a chain and starts swinging it around, and he accidentally wraps it around his own neck and hits himself in the face. The audience cracks up! 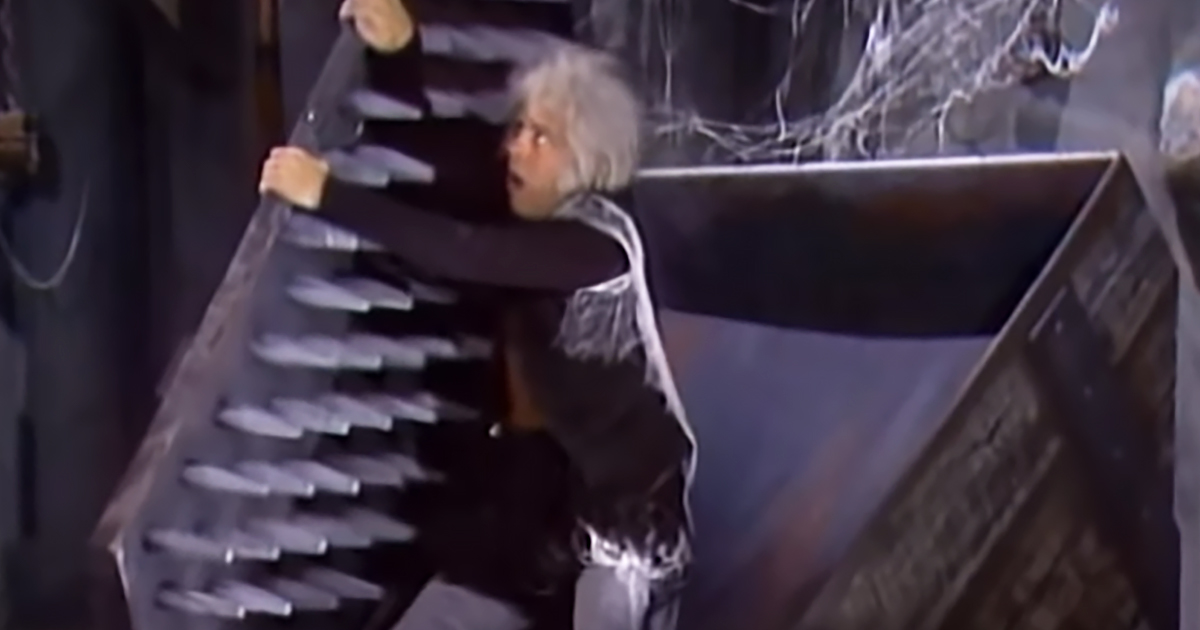 Conway opens a coffin with large spikes in it for his last attempt. He climbs in and tells Korman to bring the girl over but slides into the coffin because he can’t hold it open. Vicki Lawrence finally agrees to marry Korman, asking him, ‘Don’t you know when a girl is playing hard to get, silly goose?’

Korman is so stunned he leans his hand back on the spiked coffin, crushing Conway inside. He pushes the coffin open in pain, saying, ‘Bring in the next one!’ A perfectly executed sketch by a true master of physical comedy, Tim Conway, as the ‘World’s Oldest Man.’